Kolkata Heroes are expected to win this match.

Kharagpur Blasters are going to clash with Kolkata Heroes for the second time in the ongoing Bengal T20 Challenge competition. Their first encounter has been abandoned without being a ball bowled. Kharagpur Blasters lost their last match as they failed to chase down the total of 152 runs posted by the opposition.

Kolkata Heroes were coming from a defeat in their previous game against Durgapur Dazzlers. They asked the opposition to bat first and had a decent total of 132 runs on the board. In the second half, Aritra Chatterjee went through the batting order of Kolkata Heroes and beat them by a margin of 31 runs. Currently, they are placed just above their opposition on the points table and will look to move ahead by winning this game as well.

Both the teams would be looking to go with a balanced side as it is a good one for batting. Spinners are expected to have an upper hand as the game progresses.

The skipper of Kharagpur Blasters Kazi Junaid Saifi has showcased his performance in the ongoing tournament. He has scored 205 runs with a decent strike rate of above 120.

Dip Chatterjee has come out of the syllabus in the previous game against Barrackpore Bashers. He scored 41 off 39 balls that went on a losing cause.

Sougata Datta looked in good form against Durgapur Dazzlers as he scored 40 runs from 26 balls and still lost the game by a margin of 31 runs.

The skipper of Kolkata Heroes, Ritwik Roy Chowdhury has been the best with the bat so far. Till now, he has piled up 148 runs after featuring in all games for his side. 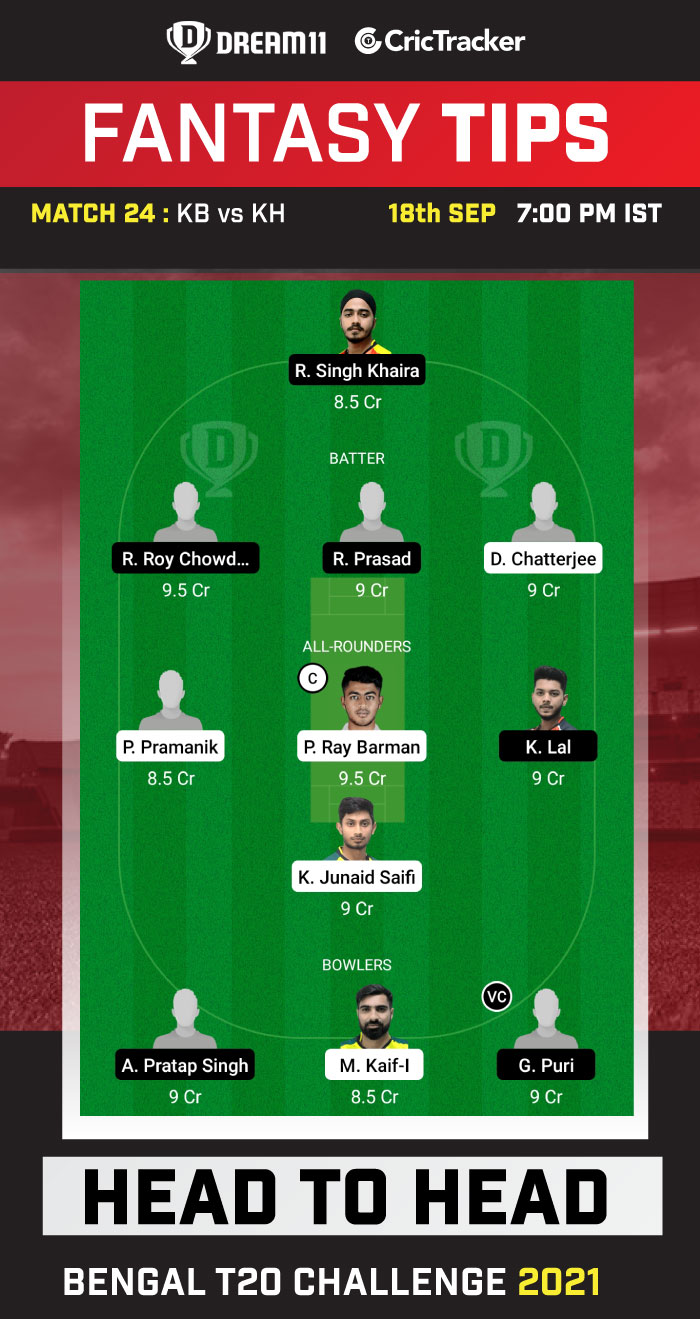 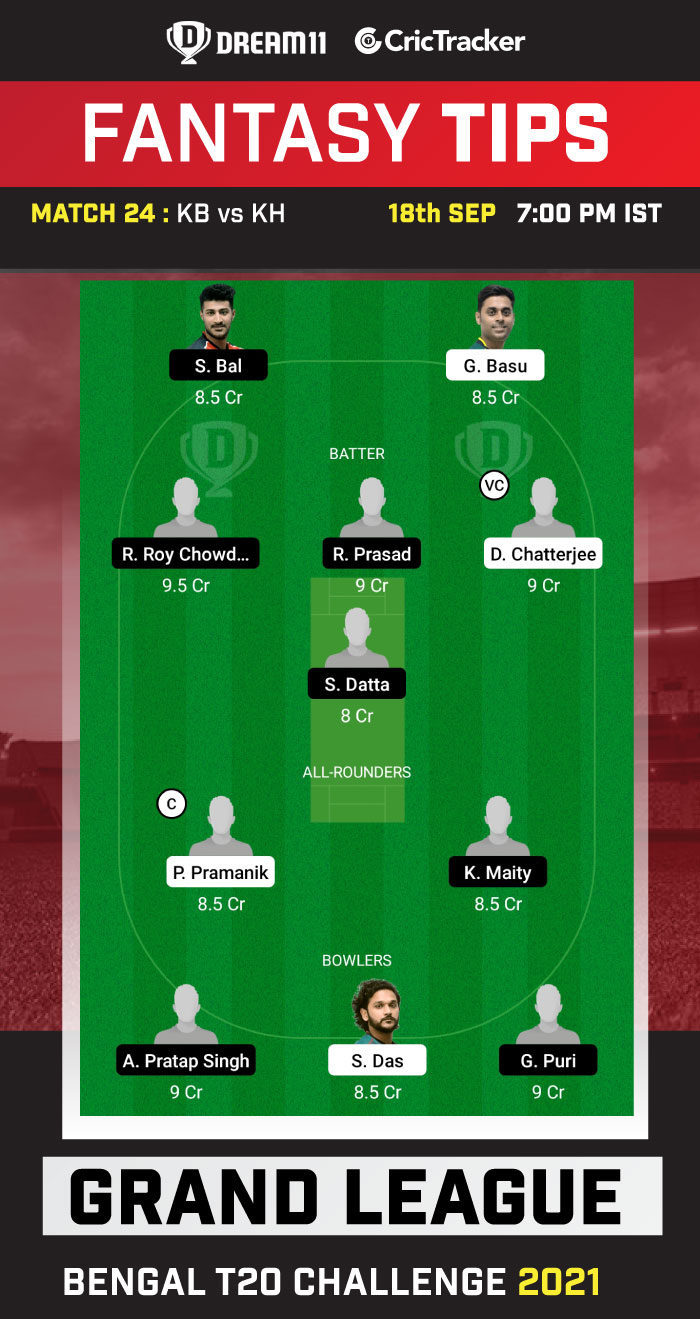 Kolkata Heroes are expected to win this match.