Andrew Mansale smacked 75 runs off 38 balls studded with three boundaries and eight sixes with an extraordinary strike rate of 197.4 against the same opponent in the previous match. 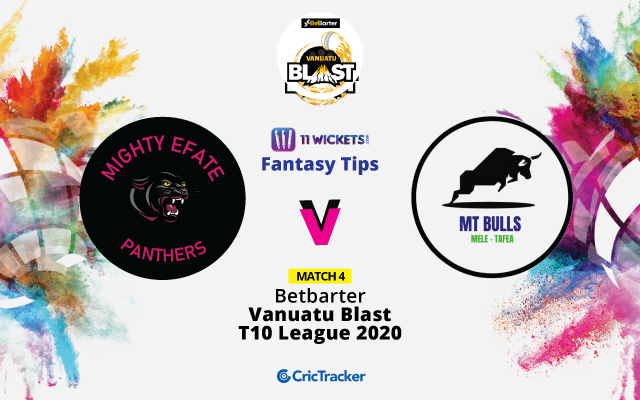 The 4th match of BetBarter Vanuatu Blast T10 League 2020 will be played between Mighty Efate Panthers and MT Bulls at the Vanuatu Cricket Ground – Hybrid Oval.

Panthers have registered back to back wins in Vanuatu Blast T10 League 2020. They will be eager to register their third win in a row against MT Bulls. Interestingly, they also have an edge in the upcoming match as they have already defeated the same opponent in the previous encounter. Now, it will be interesting to see if they can continue with their winning streak.

On the other hand, MT Bulls suffered defeat in the previous match. Their batsmen failed to score good runs with the bat due to which they ended up losing the game. However, Bulls will expect them to come up with some convincing effort in the contest against Panthers. And, the chances are quite high that they will come out as winners.

There are null chances of rain on the match day. The wind will be blowing at a rate at a normal rate. Meanwhile, the temperature will deviate between 21 and 27 Degree Celsius throughout the day according to Accuweather.

The fans will get to watch a competitive battle between the two good sides. The batsmen will have to wait and get settled before taking the charge against the bowlers. Meanwhile, the bowling unit will have to bowl in the right areas in order to grab wickets. Also, the side winning the toss will look to bat first as far as the previous game result is concerned.

Average first innings score: 82 (Two matches played at the venue in this league)

Andrew Mansale smacked 75 runs off 38 balls studded with three boundaries and eight sixes with an extraordinary strike rate of 197.4 against the same opponent in the previous match. So, he is expected to be the hot favourite pick for a fantasy side. Wesley Viraliuliu will also be an important fantasy pick. In the previous match, he scored 26 runs off eight balls and grabbed three wickets as well. Eddie Mansale will also be an important player to watch in the upcoming match. 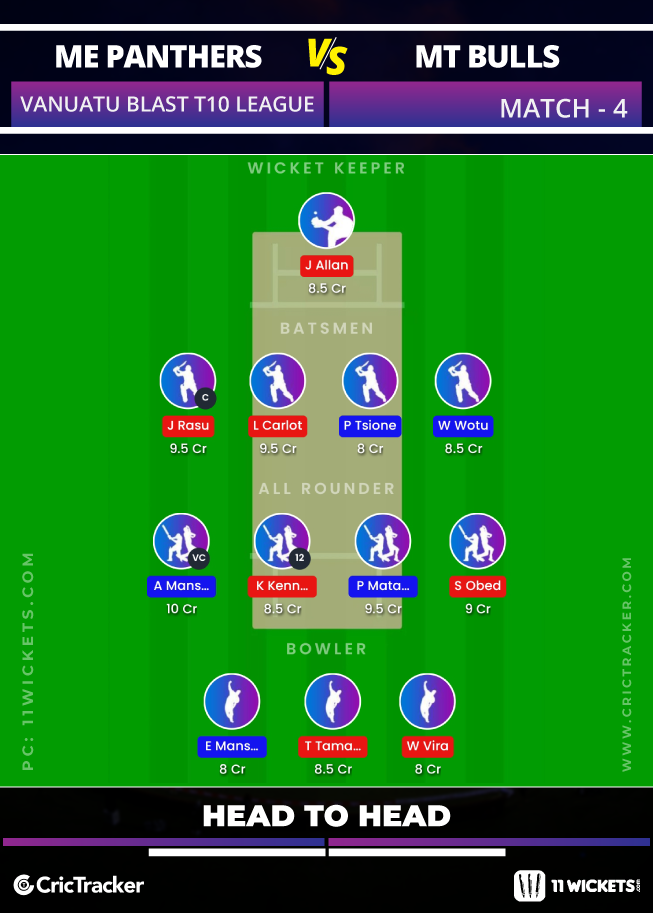 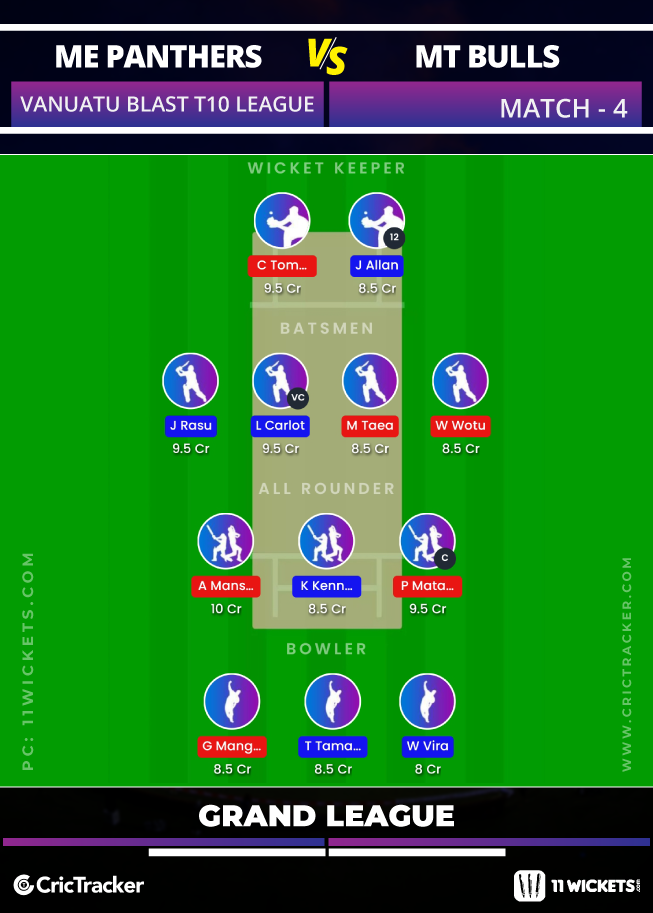 Note: Players with 9 credits or less can only be chosen as the 12th man. This feature will only come into play if one of 11 players of your team is not the part of the playing XI.

Both the teams might opt for some surprising changes in their team. So, it will be useful for the user to wait for the confirmed team. However, most of the aforementioned players are expected to play in the upcoming contest.

MT Bulls are expected to win.