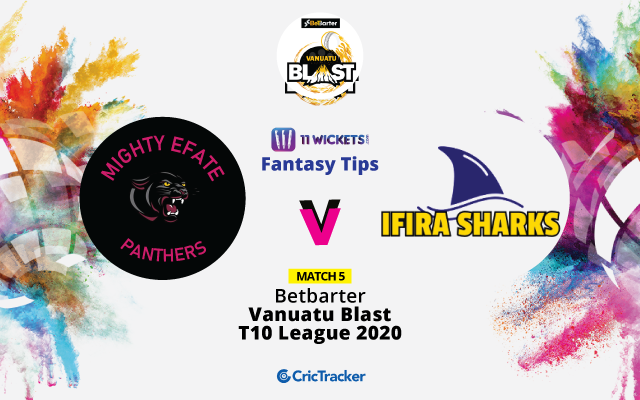 The 5th match of Betbarter Vanuatu Blast T10 League 2020 will be played between Mighty Efate Panthers and Ifira Sharks at the Vanuatu Cricket Ground – Hybrid Oval.

This game can be streamed live on CricTracker’s Youtube channel.

The Vanuatu Blast T10 League 2020 began with the Mighty Efate Panthers registering big wins on the first day of the tournament. They smashed 128/5 in the opening game against MT Bulls which they won it by 37 runs and later crushed the Ifira Sharks to 35 and chased it down convincingly. However, in the 2nd game against MT Bulls, the Panthers failed to defend their total of 130/3. The Mighty Efate team now clashes the Sharks who opened the account with 4-wicket win over the Bulls during the last week.

Partial clouds are predicted at the venue without any forecast of rain.

There is no proper consistency in terms of scoring rate in this tournament as two games involving the Ifira Sharks saw the side batting first post totals of 35 and 61 respectively. The games not including Sharks witnessed totals of 128 and 130 respectively. Unless the line-up of the Sharks doesn’t change, we might not get to see a high-scoring match when they play.

Joshua Rasu has easily been the most valuable player of the tournament standing as the leading run-getter with 103 runs including a fifty and is also the joint highest wicket-taker with five wickets. Apolinaire Stephen claimed two wickets in the two matches played but has conceded runs at 8.67 which is slightly high to his standards. He is batting in top five for the Sharks but has scored only 15 runs so far. Tony Tamata is one of the four players to have bagged five wickets in this tournament thus far but his economy of only 6.6. He also picked a 3-wicket haul in one of the three games played. 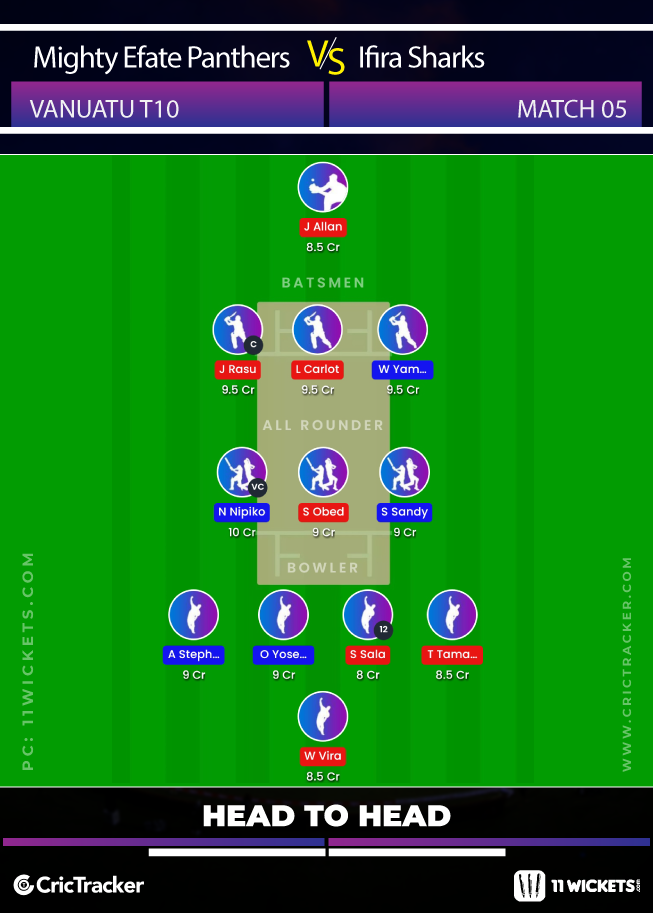 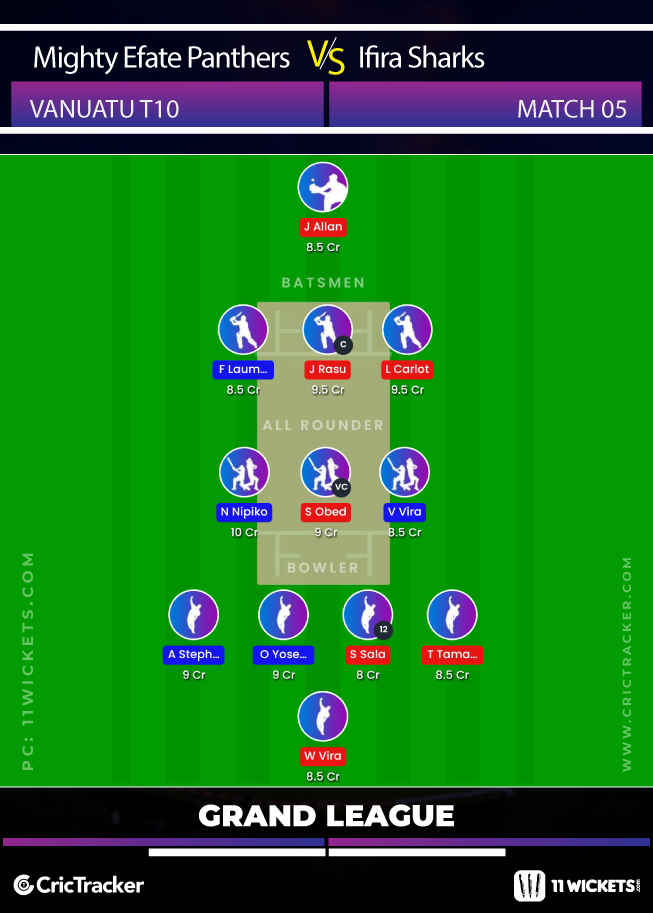 Both the teams are sure of fielding at least 9-10 players from their previous matches. Hence, we have selected our fantasy teams from the crop of players who are sure of being in the playing XI. The toss update is likely to create confusion and hence this move will be a safe one.

Ifira Sharks could be seen winning the game due to their bowling line-up.