Given the form that the all-rounders of these two teams are in, it would be wise to go in with 4 players from that section in your team. 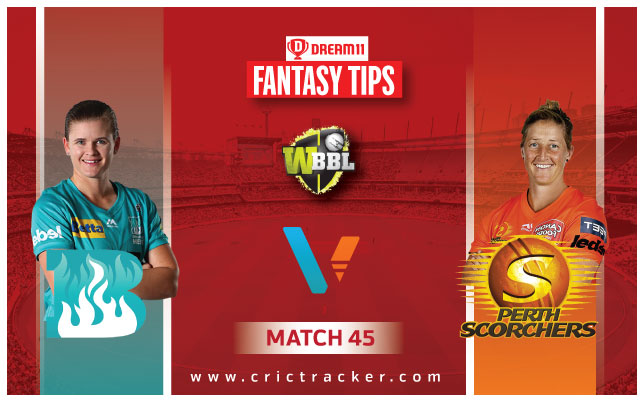 The 45th match of the Women’s Big Bash League (WBBL) 2020 will be played between the Brisbane Heat Women and the Perth Scorchers Women at the Hurstville Oval in Sydney.

Both the teams playing in this match have had really contrasting runs in the tournament so far and the same is reflected in their position in the points table. While one is resting peacefully, holding one of the top spots in the table, while the other had just managed to gather enough wins under their belt in order to keep themselves kind of relevant in the race to the playoffs of the tournament.

The Perth Scorchers Women hold the third spot in the points table with 5 wins and 4 losses in the 11 matches that they have played in with the remainder of the matches ending in a no result. The Brisbane Heat, on the other hand, have had their share of downsides during the campaign, as they have managed to win 5 and lose 4 matches out of the 11 they have been allocated to play, and are placed at the 2nd position in the points table.

Chasing has been difficult on this surface throughout the tournament, where the batters are getting an upper hand over the bowlers in the first inning and vice versa in the second inning. Overall, the bowlers will to a certain extent decide the eventual outcome of the match.

Jess Jonassen is looking to be in red hot form with the ball and has delivered some good performances with the bat too. She has played 10 matches so far and has taken 12 wickets.

Grace Harris has also been a good all-round contributor to her team’s campaign in this season of the WBBL, with 9 wickets and 229 runs to her name in the 10 matches that she has played in so far.

Amelia Kerr is the fourth-highest wicket-taker of the tournament with 12 runs to her name in 10 matches while maintaining an economy rate of 5.44 runs per over.

Georgia Redmayne is the highest run-getter for her team in this tournament so far, having scored as many as 254 runs in the 10 innings that she has batted in so far. 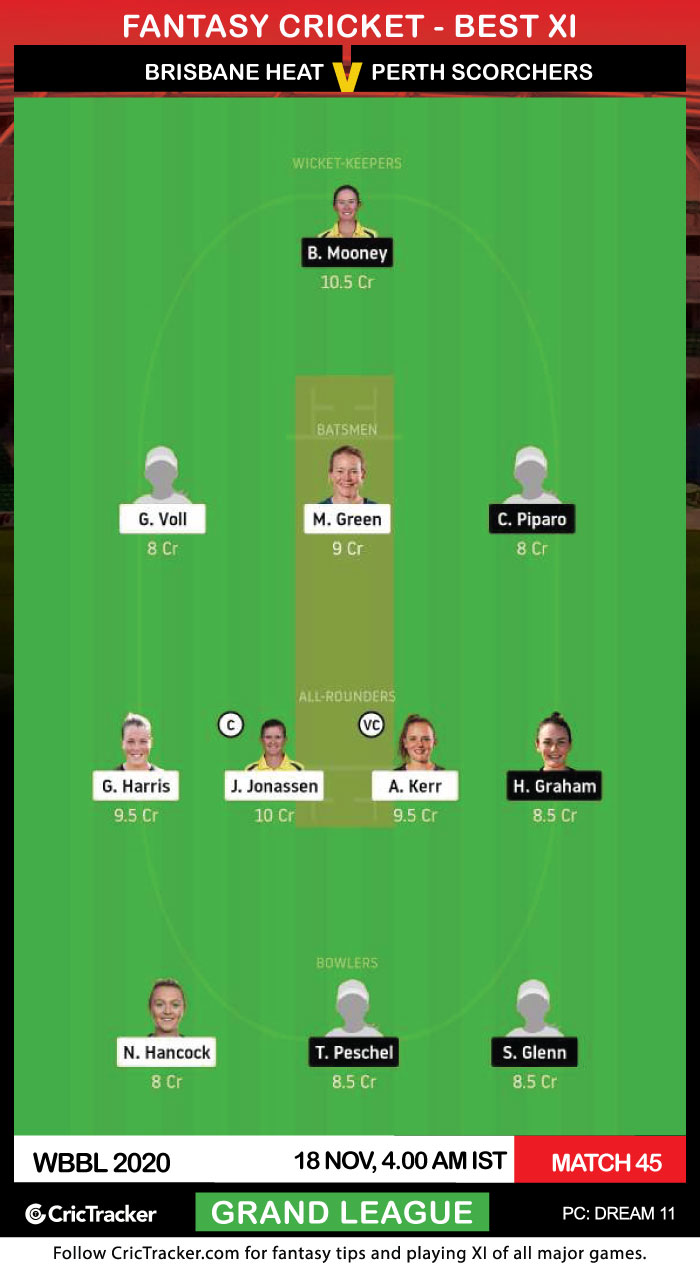 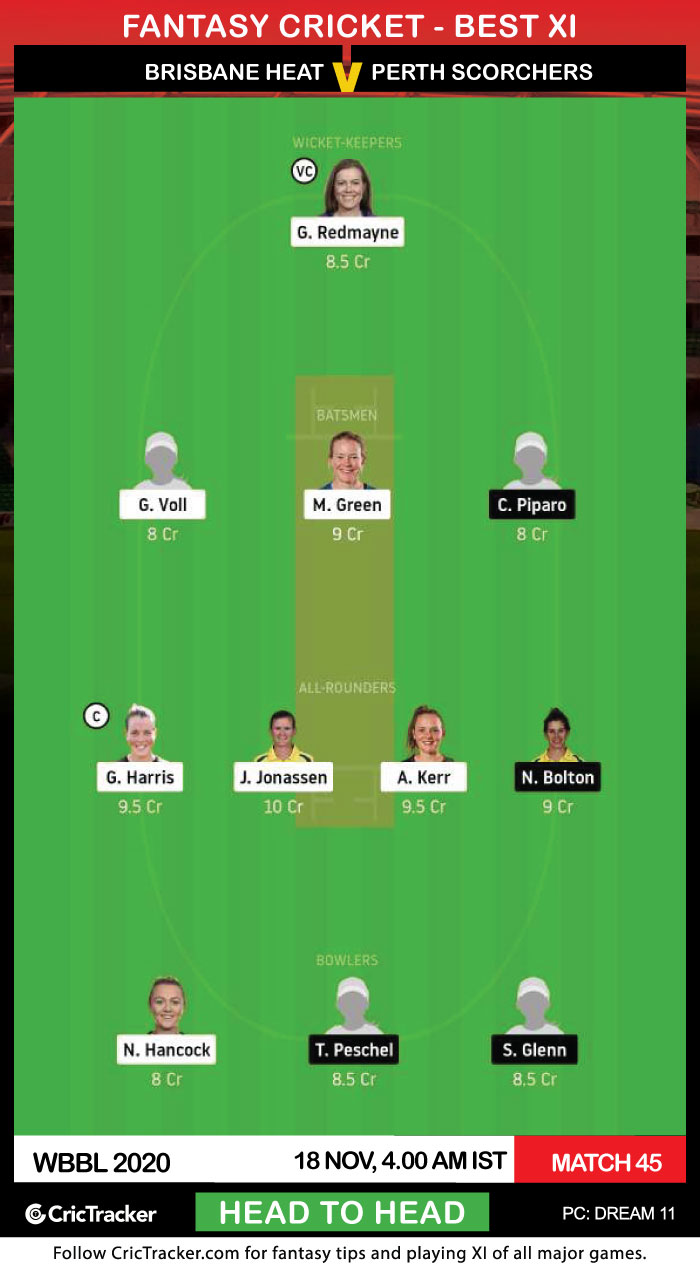 Given the form that the all-rounders of these two teams are in, it would be wise to go in with 4 players from that section in your team. The 4th spot can be filled up either by Heather Graham or Nicole Bolton. Sophie Devine was not included in the playing XI for her team’s last match, so you should include her as the 4th pick only if she is included in the playing XI for this game.

Perth Scorchers Women are expected to win this game.