Sydney Thunder are expected to breathe down the neck of table-toppers Melbourne Stars, by beating a hapless Brisbane Heat side. 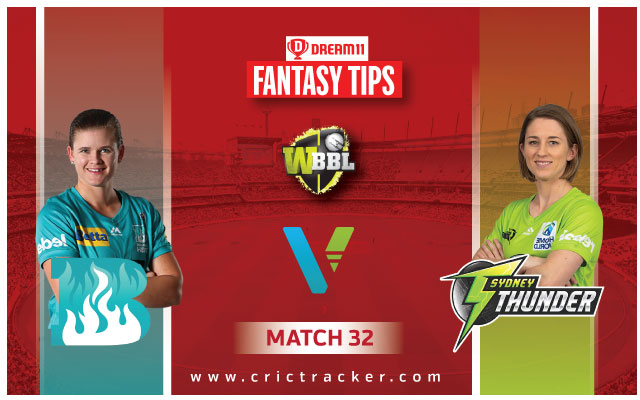 The 32nd match of the Women’s Big Bash League (WBBL) 2020 will be played between Brisbane Heat Women and the Sydney Thunder Women at the Blacktown International Sportspark in Sydney.

With just one win to their name in seven matches, the Brisbane Heat Women are struck in the bottom half of the points table. Rain played the spoilsport in two of their fixtures this year. They have had their share of back luck, but in the five matches that produced a result, Brisbane Heat looked unimpressive and could emerge victorious in only one game.

They will square off against the Sydney Thunder Women in their eighth match of WBBL 2020. The team from Sydney had bulldozed the Brisbane Heat Women by restricting them to 30/7 when the two sides met previously. The Sydney Thunder Women have won four of their seven matches and are the favorites to win this contest.

The skies will remain clear for the duration of this match in Sydney. The temperature is expected to be 20 degrees Celsius.

Both teams have a contrasting record at this venue. While the Brisbane Heat Women lost to the Sydney Sixers Women here, Sydney have won against both their tomorrow’s opposition and Perth Scorchers Women. The pitch has assisted the spin bowlers so far in the season.

127 (All the games played at this venue this season)

Brisbane Heat have added Mikayla Hinkley to their squad, while Nicole Hancock misses out.

Quiz: How well did you follow Virat Kohli as India's captain?

Grace Harris scored 81 runs and picked up two wickets in the previous match. She can be the ‘X-factor’ for your Dream11 Fantasy teams in this contest.

Sammy Jo-Johnson has dismissed 8 batswomen in WBBL 2020 so far. She has also accumulated 43 runs with the bat.

Jess Jonassen has been one of the most consistent players for Brisbane Heat Women this year. She has taken 8 wickets and amassed 98 runs in WBBL 2020.

Heather Knight will be the most popular captaincy choice in this game, and for the right reasons. She has scalped 8 wickets, besides scoring 226 runs for her side. 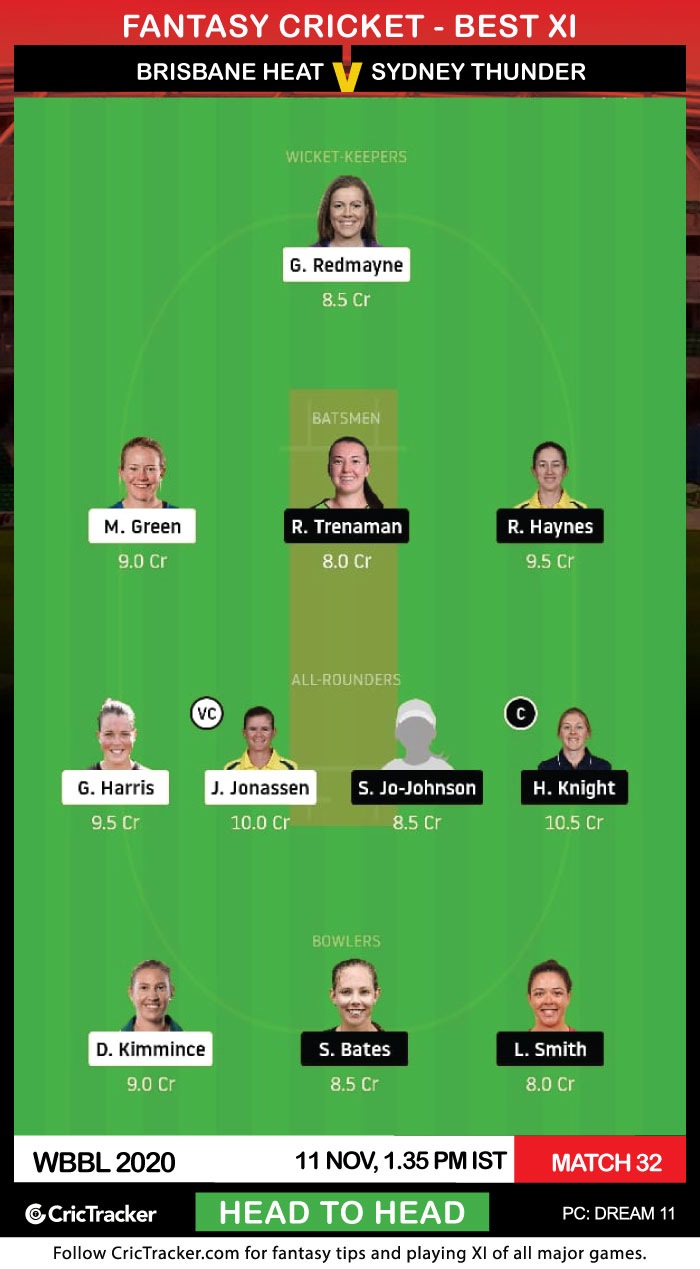 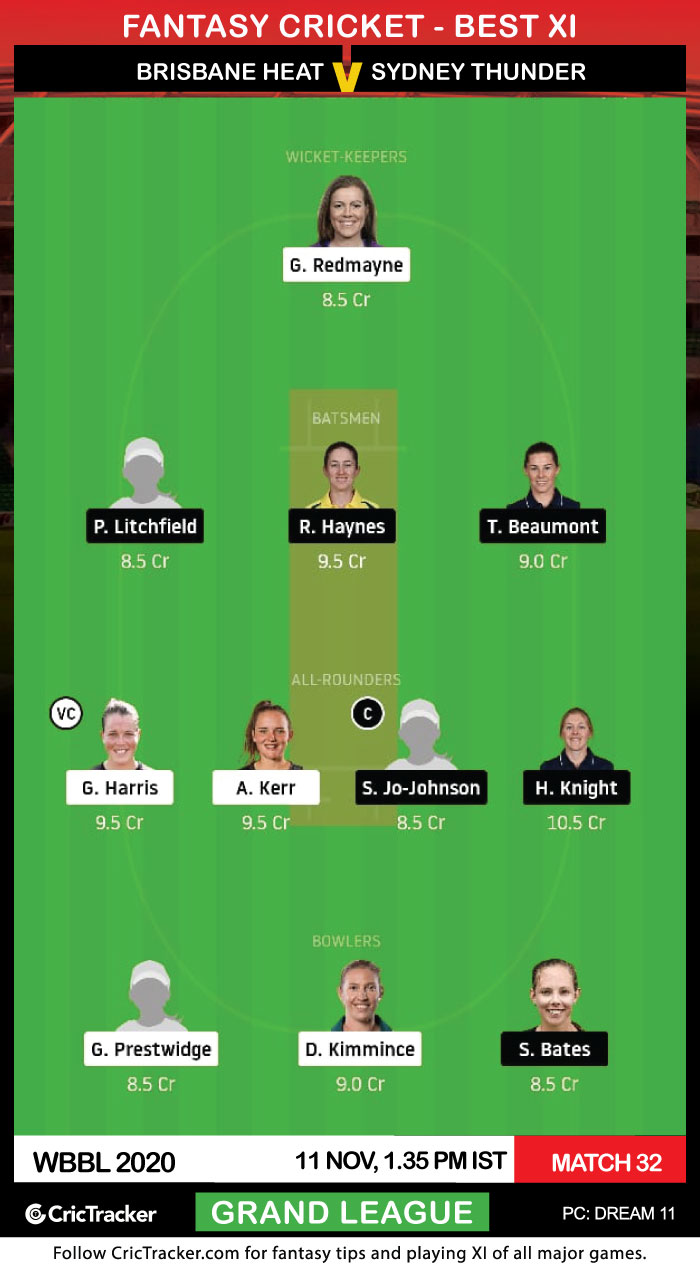 Sam Bates is the highest wicket-taker among both teams. Bates has scalped 10 wickets in 7 matches, with her economy rate being 3.82 runs per over. It is advisable to include her in both of your Dream11 Fantasy teams.

Sydney Thunder Women are predicted to win this game.