Both teams need a victory to have any chance of making it through to the next round.

Melbourne Stars and Brisbane Heat are set to lock horns in Match No.51 of the 2021-22 BBL on Sunday, January 16 at the Melbourne Cricket Ground. The Stars, led by Glenn Maxwell, are placed sixth in the points table and desperately need a victory to have any chance of qualifying for the playoffs.

Their net run rate of -0.939 isn’t amongst the best either. The Heat, on the other hand, need a miracle to make it to the next stage.  After 12 COVID-19 positive cases emerged in their camps, they have lost three games in a row. Not much has gone right for them in the ongoing edition of the league.

The pitch in Melbourne hasn’t been a belter for batting by any means. Batters have found it challenging to get runs on the surface. Rotating the strike will be key for run-scoring. The deck has also helped the chasing teams to a large extent.

Glenn Maxwell has been a key member of the Stars’ lineup for quite a few seasons. He has played some decent knocks even this time around, but he hasn’t been able to show a lot of consistency. The Victorian has to put his A-game forward if the Stars wish to get themselves into the top four.

Adam Zampa has been a genuine wicket-taker for Australia and he has replicated similar performances even for the Stars. Although he hasn’t taken a whole lot of wickets this season, he can be expected to bowl a match-winning spell in the upcoming fixture against the Heat. 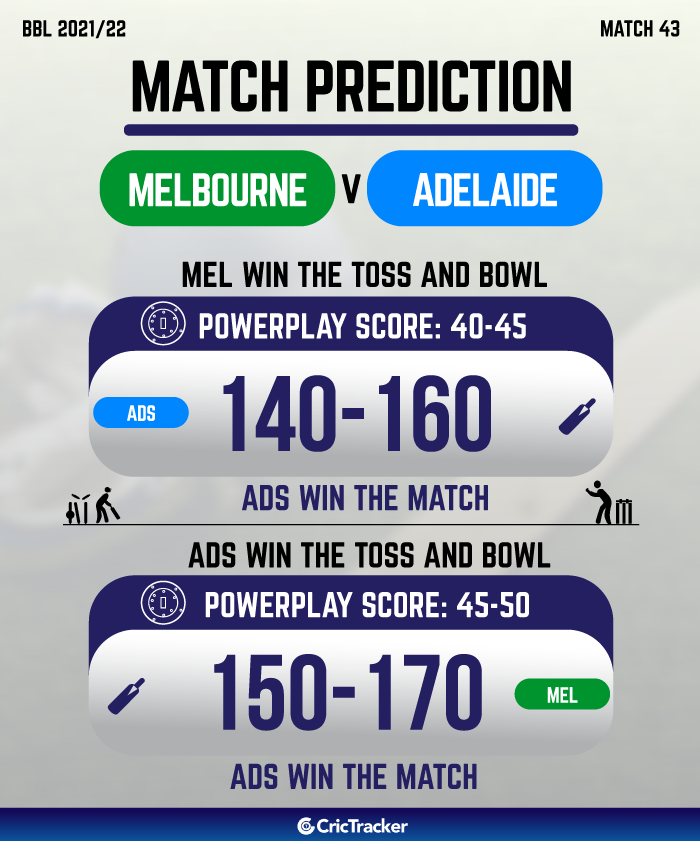