Match 11 of the Spice Isle T10 League will see the Bay Leaf Blasters going head-to-head against the Saffron Strikers. This match will be played at the National Cricket Stadium in Grenada.

The match will commence at 9:30 PM IST and will be streamed live on FanCode.

The Saffron Strikers are currently occupying the top place in the points table after emerging victorious in 2 out of the 3 matches that they have played thus far in the Spice Isle T10 League. Saffron Strikers went down to the Cinnamon Pacers by just 10 runs in their previous match.

On the other hand, the Bay Leaf Blasters are stationed at 4th place in the points table and have lost 2 out of the 3 matches that they have played. In their previous match against the Clove Challengers, the Blasters pummeled their opposition and won the match comfortably with 8 wickets to spare.

Captaincy Picks for BLB vs SS

Denis Smith scored a quickfire unbeaten 22 for the Bay Leaf Blasters at a strike rate of 200 and helped his side make light work of a target of 81 set by the Clove Challengers in their last game. He is an important cog in the Blasters’ batting lineup.

Lendon Lawrence decimated the Cinnamon Pacers bowling attack in the Saffron Strikers’ previous encounter. He scored a 16-ball 32 at the top of the order and rattled the opposition. 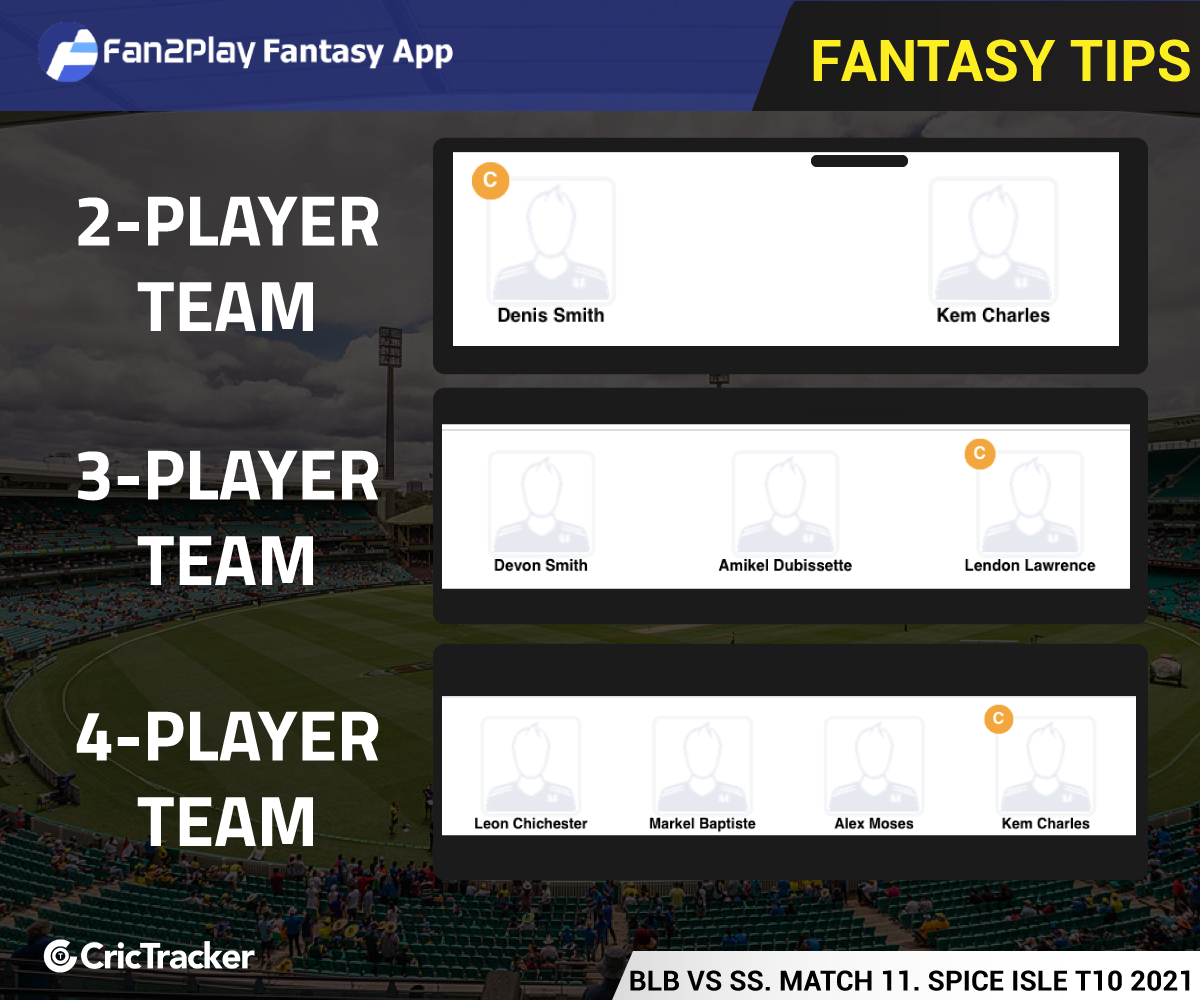 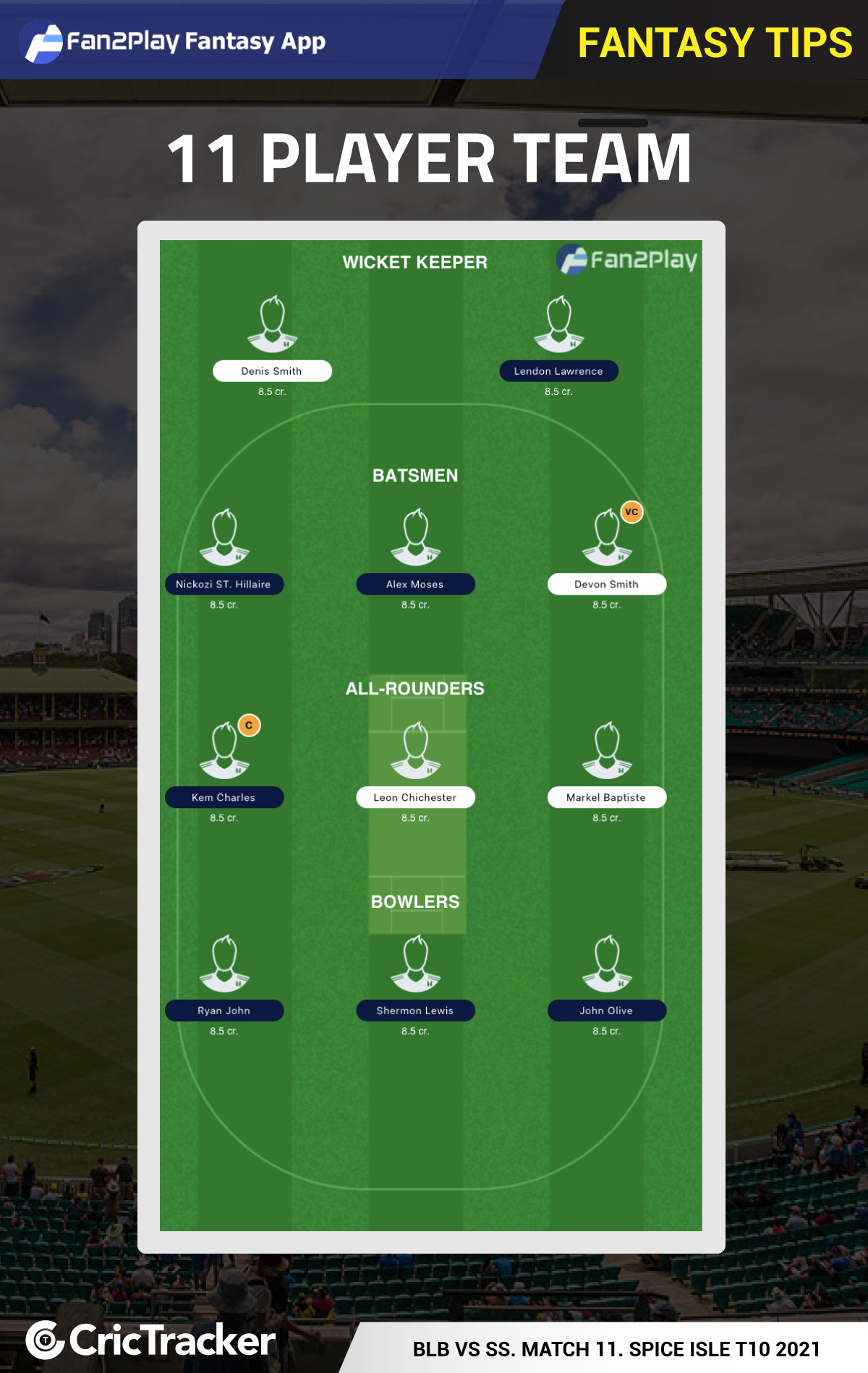