Batsmen are likely to do well here. You can pick 4 batting options in your Dream11 Fantasy team.

Match 1 of the 5-match ODI series will be played between Bangladesh A and Ireland Wolves on Friday, 5th March 2021, at the Zahur Ahmed Chowdhury Stadium, Chattogram.

Bangladesh A will lock horns against Ireland  Wolves for the first of the 5-match ODI series, which is starting from March. The hosts have winning momentum in their side, having won the only unofficial Test comprehensively by an innings and 23 runs.

Ireland Wolves, on the other hand, have gained some valuable experience of playing in spinning conditions. A win in the opening match will do wonders to their confidence. Skipper Harry Hector and Curtis Campher have shown positive signs of negotiating spin bowling.

The pitch at the Zahur Ahmed Choudhary Stadium, Chattogram has always assisted the spinners. However, this can be a high-scoring ground. Four out of five matches have been won by the chasing side. 19 out of 30 wickets in the unofficial test were picked up by spinners, so they are likely to rule the roost.

Saif Hassan gave his side an excellent start in the only unofficial test match, which was concluded recently. Hassan played a sheet anchor’s role and laid the foundation for the other batsmen to follow. The opener scored 49 runs with four boundaries and a couple of sixes. Hassan comes in as a handy bowler as well, he picked up three wickets with his right-arm off-breaks.

Tanvir Islam played a talismanic role in Bangladesh A’s victory over Ireland A in the unofficial test match. Islam scalped 13 wickets for 106 runs. The left-arm orthodox bowler is expected to run through Ireland batting line up on a spinning track.

Harry Tector played a captain’s knock in the previous game. He looked the most confident Irish batsman against spin bowling. Tector scored 55 runs and picked up a wicket in the unofficial test.

Curtis Campher can easily adapt to the situation. Known for his explosive batting, Campher can change gears according to the team’s needs. The 21-years-old Irish all-rounder played two patient knocks in the previous game, scoring 39 and 22 in respective innings. 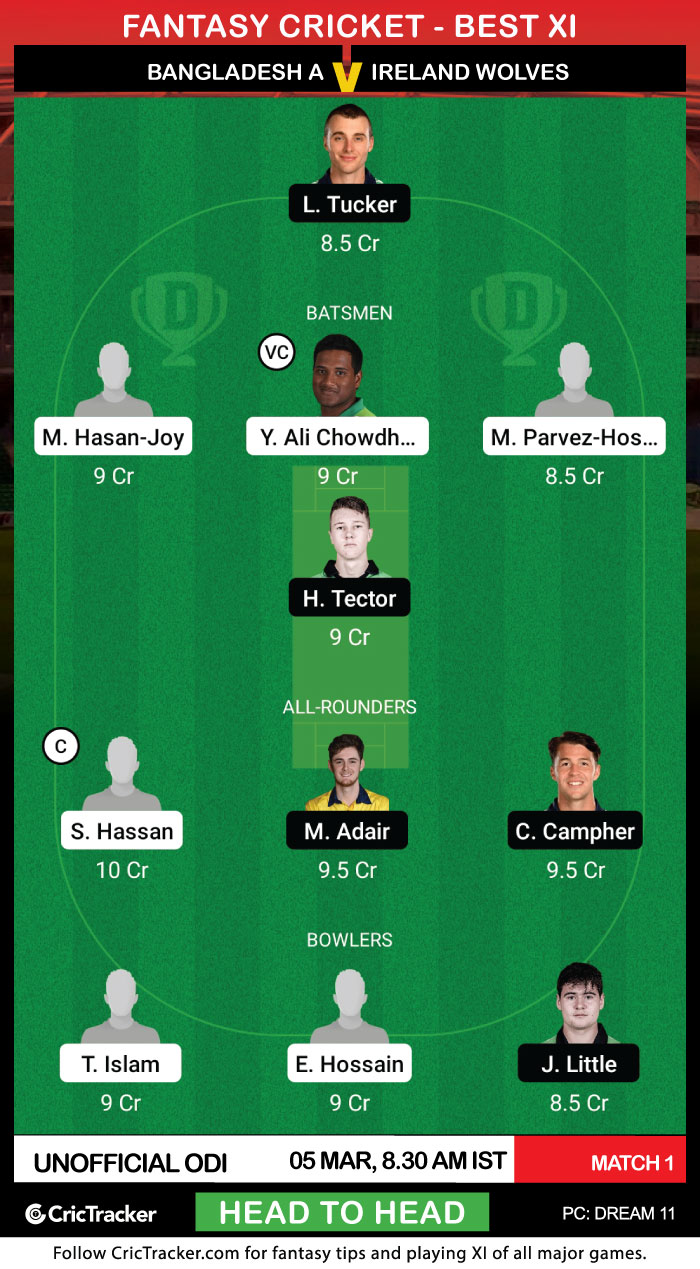 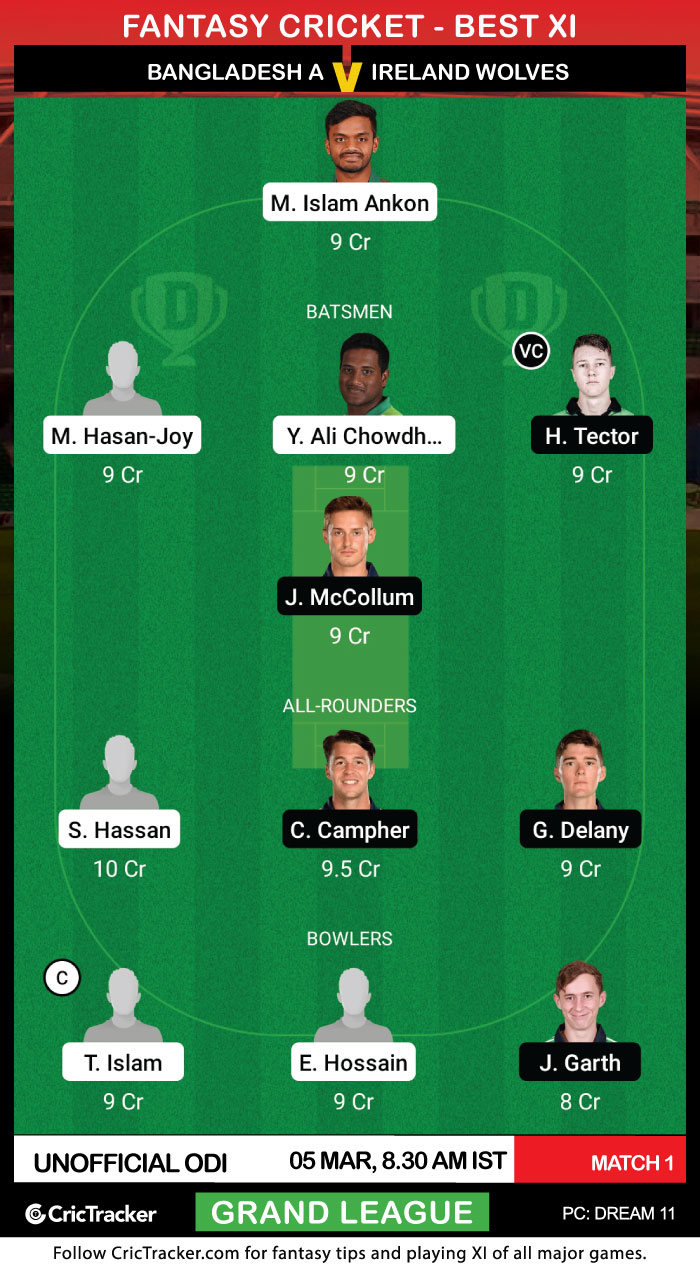 Batsmen are likely to do well here. You can pick 4 batting options in your Dream11 Fantasy team.

Bangladesh A are expected to win this match.