Steven Patterson claimed ten wickets from three matches in the tournament at an average of 17.4.

The North Group match in Bob Willis Trophy, 2020 will be played between Yorkshire and Lancashire at the Headingley in Leeds.

Yorkshire has started off their campaign on high with victories in their first two matches. A drawn home fixture against Derbyshire kept them down to No.2 in the North Group. They are currently two points behind the Derbyshire team and their 55 points are currently among the top five across all Groups. They will now be facing the Lancashire team who are fresh from escaping an innings defeat against Nottinghamshire. They beat Durham by innings margin during the 2nd round after suffering a 7-wicket loss to Leicestershire.

The match between Yorkshire and Lancashire is likely to be affected by the showers and light rain on all four days of the match.

A typical pitch at the Headingley will be seamers friendly for most of the opening day before allowing the batsmen to have a run feast. But towards the end, it will be the spinners who will dominate.

Tom Bailey has 11 wickets to his name in the tournament at an average of 22 and has a highest score of 38.

Steven Patterson claimed ten wickets from three matches in the tournament at an average of 17.4.

Duanne Olivier is probably the most reputed option from the category of bowlers having taken six wickets in two matches. 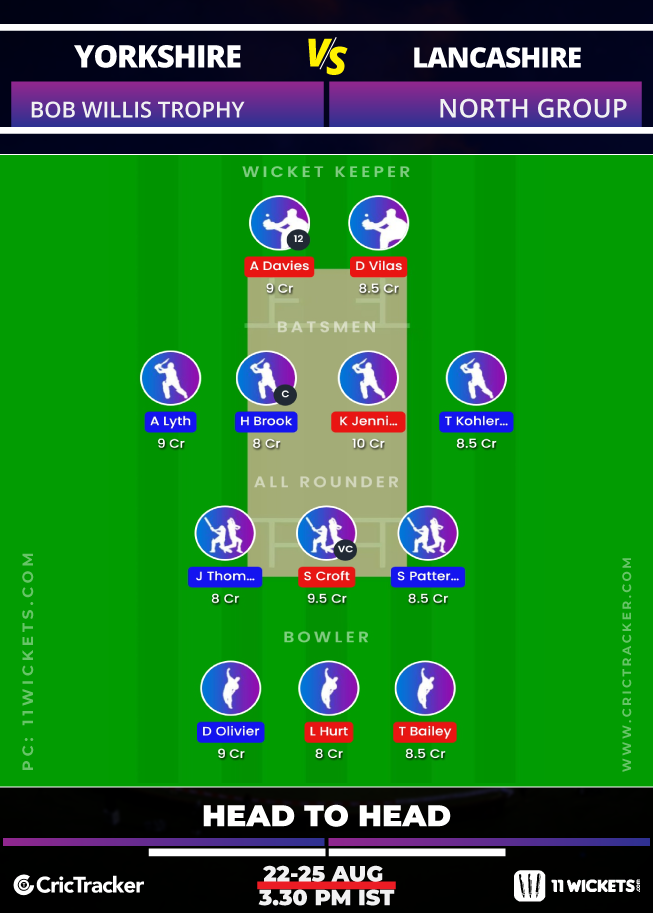 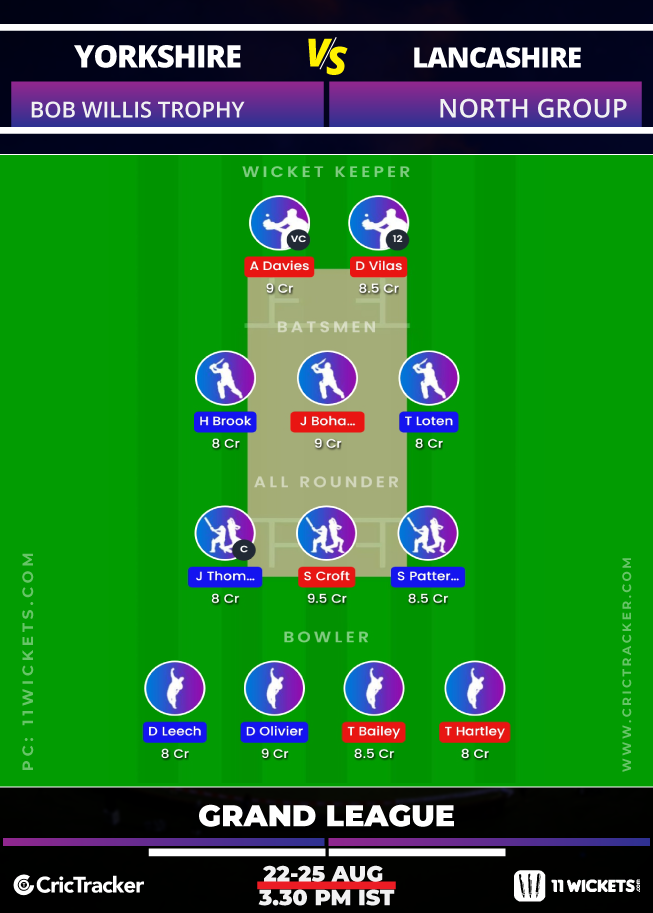 The coming limited-overs Internationals against Pakistan have ensured both Yorkshire and Lancashire will miss some of the big names. Hence, keeping an eye on this fact, we have decided to pick a certain number of players who are likely to play on Saturday.

Yorkshire is expected to gain a high number of points from this match if the weather staying calm for the majority of the match.