Jamie Smith aggregated 173 runs in two matches this tournament where he also claimed seven catches behind the stumps.

The South Group match in Bob Willis Trophy, 2020 will be played between Hampshire and Surrey at the Arundel Castle Cricket Club Ground.

This game will be streamed live on the YouTube channel of the Hampshire County Club.

Surrey recorded one of the worstest of starts to the Bob Willis Trophy as they lost their first two matches of the competition against Middlesex and Essex. However, they are expected to bounce back in the 3rd round against Hampshire with Morne Morkel and Jason Roy joining the squad. At the same time, Hampshire has lost three key players on their way to a 3-wicket win against Middlesex. Liam Dawson, Ryan Stevenson and Keith Barker put on crucial performances during the second round but all suffered injuries and ruled out of the game to be played in Arundel Castle.

The Arundel Castle Cricket Club Ground is expected to witness rain on the first three days of this fixture but the final day is expected to remain dry.

Arundel Castle Cricket Club Ground is likely to provide a track which is a perfect mixture for the batsmen, pacers and spinners. The recent first-class matches here recorded some big totals but the pacers enjoyed assistance on the first day and spinners coming into the picture later on.

Felix Organ, the Hampshire opener, scored only 44 runs but has bagged as many as seven wickets in this tournament thus far.

Jamie Smith aggregated 173 runs in two matches this tournament where he also claimed seven catches behind the stumps.

Amar Virdi took 33 wickets with two 5-wicket hauls across the seven first-class matches he played for Surrey since 2019. 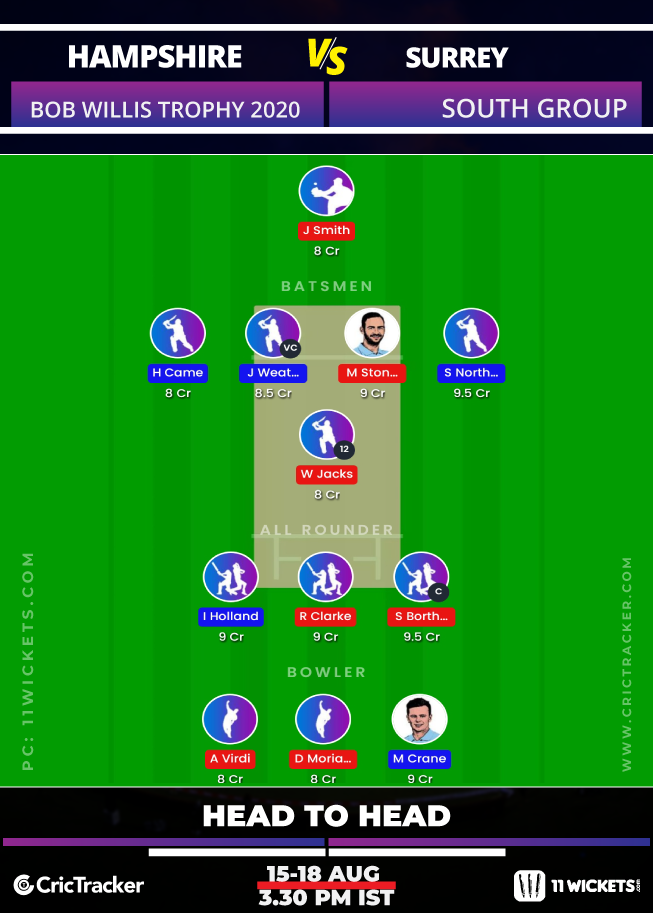 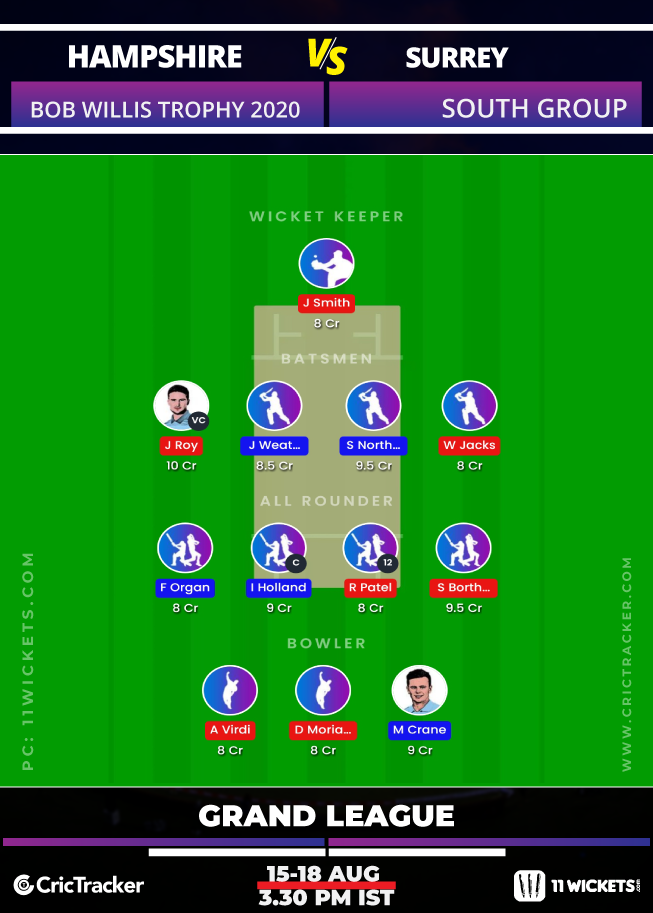 Jason Roy is not so popular for his batting against the red ball but the conditions at the Arundel castle are expected to favour his playing style. It is the reason why we made him the vice-captain of the fantasy team for grand leagues. Roy’s success could not be determined if he ends up opening the innings in overcast conditions.

Surrey is likely to earn an edge over Hampshire and are expected to score maximum points from this match.