Joe Weatherley scored 98 and an unbeaten 64 during Hampshire's narrow win in the previous round against Middlesex.

The South Group match in Bob Willis Trophy, 2020 will be played between Hampshire and Surrey at the Arundel Castle Cricket Club Ground.

This game will be streamed live on the YouTube channel of the Hampshire County Club.

Surrey, who began the Bob Willis Trophy with back to back outright defeats, will take on Hampshire in the 3rd round of the South Group. The Hampshire team sneaked a 3-wicket win against the Middlesex team in the previous round after starting with a defeat against the Sussex. However, three players who played a crucial role in Hampshire’s win over Middlesex suffered injures and are ruled out of the tournament. Despite the successive defeats, Surrey will start as favourites as they are going to be boosted by the addition of Morne Morkel and Jason Roy.

The match between Hampshire and Surrey will witness showers on the first and third days of this match. The 2nd day is likely to be affected by the scattered thunderstorms but the final day will remain dry.

The Arundel Castle Cricket Club Ground, in the recent matches, has been a venue with batting tracks but there will be little help for the pacers through the opening day especially with rain in the air. The track here could also be seen favouring the spinners as the match progresses.

Ian Holland scored 65 runs and claimed six wickets during Hampshire’s victory over Middlesex in the previous round.

Mason Crane took three wickets in both innings of the first round match despite his team lost against Sussex.

Scott Borthwick scored 92 in the very first innings of the tournament and also claimed two wickets with the ball.

Joe Weatherley scored 98 and an unbeaten 64 during Hampshire’s narrow win in the previous round against Middlesex. 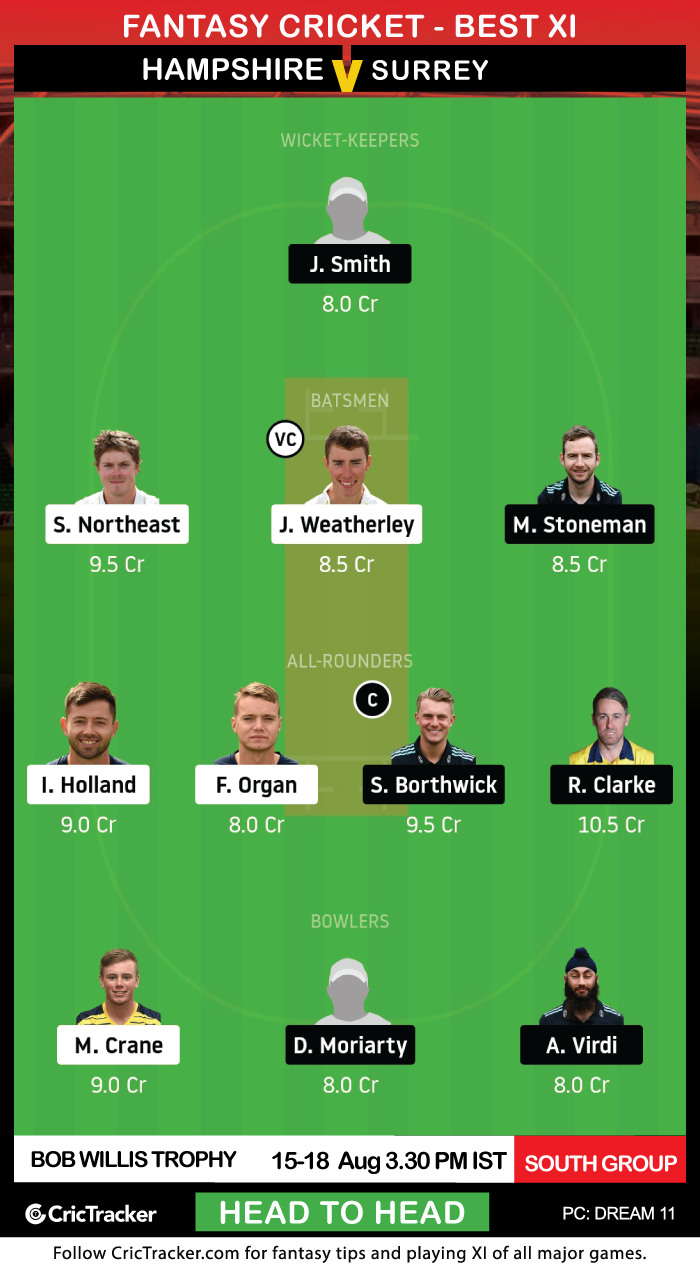 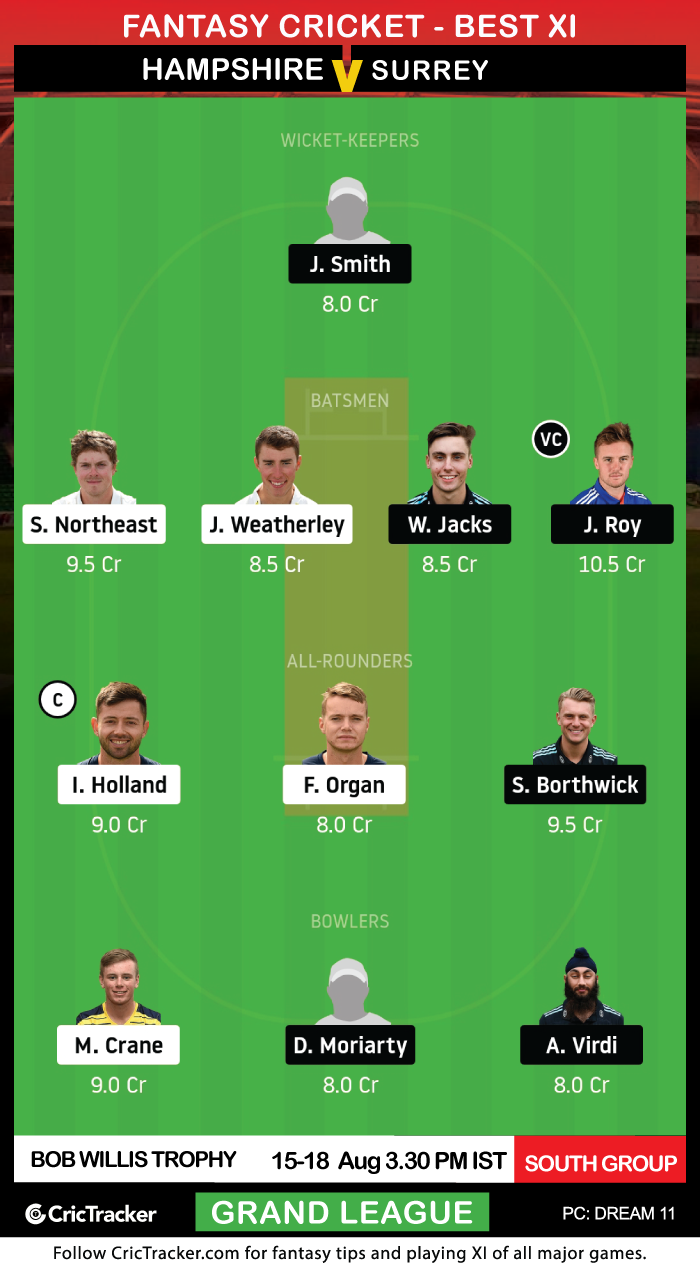 Laurie Evans and Morne Morkel are the two crucial names who are going to be part of Surrey’s XI during this match. Though the longer format numbers of Evans are not as big as his limited-overs record, he is the most reliable specialist batsman in current Surrey line-up. On the other hand, Morkel was among the wicket-takers during the last season. However, these both couldn’t be picked in any of our fantasy team at the time of writing as neither of them are part of the available options.

Surrey could register their first win of the tournament if the rain stays away for a considerable amount of time through the game.