Mason Crane bagged a pair with the bat in the first match but claimed three wickets each in both innings.

The South Group match in Bob Willis Trophy, 2020 will be played between Middlesex and Hampshire at the Brunton Memorial Ground in Radlett.

This game will be streamed live on the YouTube channel of the Middlesex County Club.

Middlesex and Hampshire will lock horns in the second round of the South Group in the Bob Willis Trophy starting on Saturday. The Middlesex team started their campaign with a comfortable 190-run win at The Oval against Surrey. They will now be hosting Hampshire at Radlett’s Brunton Memorial Ground in pursuit of their second consecutive win of the tournament. Nick Gubbins played a pivotal role in Middlesex’s victory scoring 192 in the first innings and quick 60 runs in the second essay.

The final day of the match is likely to be affected by the scattered thunderstorms but the remaining days will be dry with partial covering of clouds.

The Brunton Memorial Ground in Radlett will host a first-class match only the second time. The venue was used for a County game during the 2019 season where they batsmen made a lot of runs amidst the rain breaks. The spinners took the majority of the wickets fell throughout that match.

Hampshire’s Kyle Abbott is ruled out of the tournament.

Ian Holland scored close to 500 runs during the previous County season and did pick four wickets in their previous match.

Sam Robson scored only 38 runs in the first match but picked up two wickets in the three overs he bowled.

Mason Crane bagged a pair with the bat but claimed three wickets in both innings of the first match.

Tim Murtagh bagged seven wickets in their first match against Middlesex which includes a 5-wicket haul in the first innings. 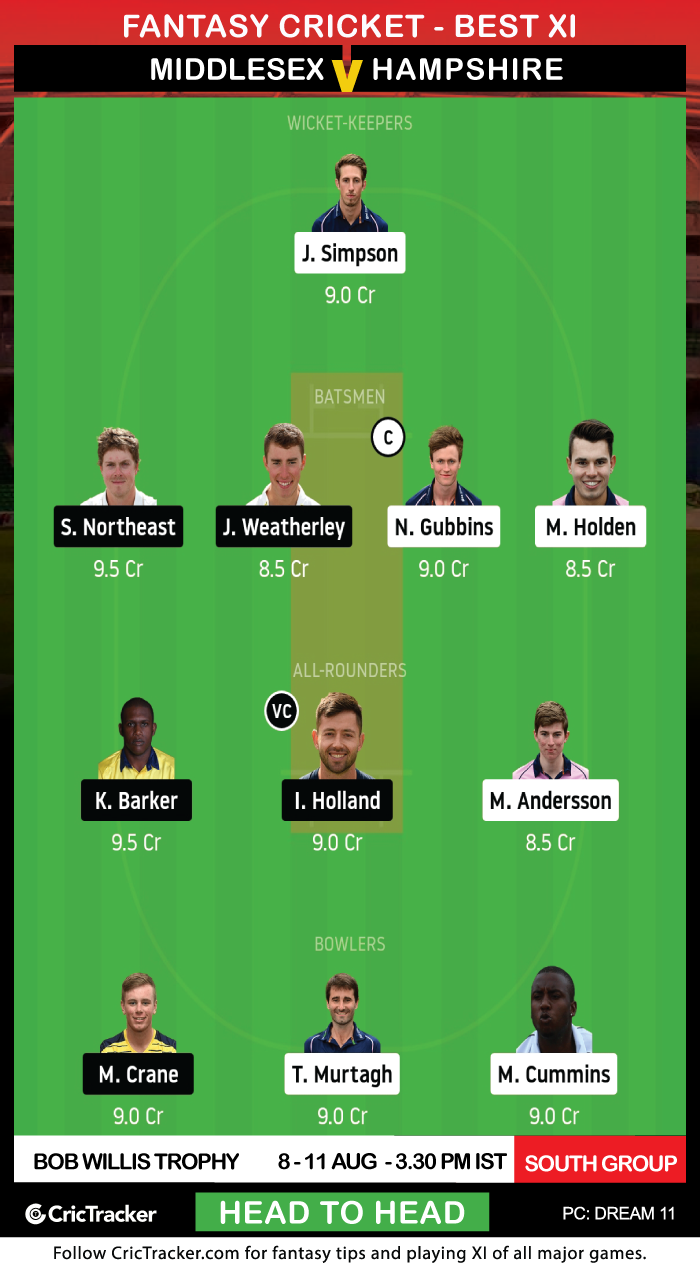 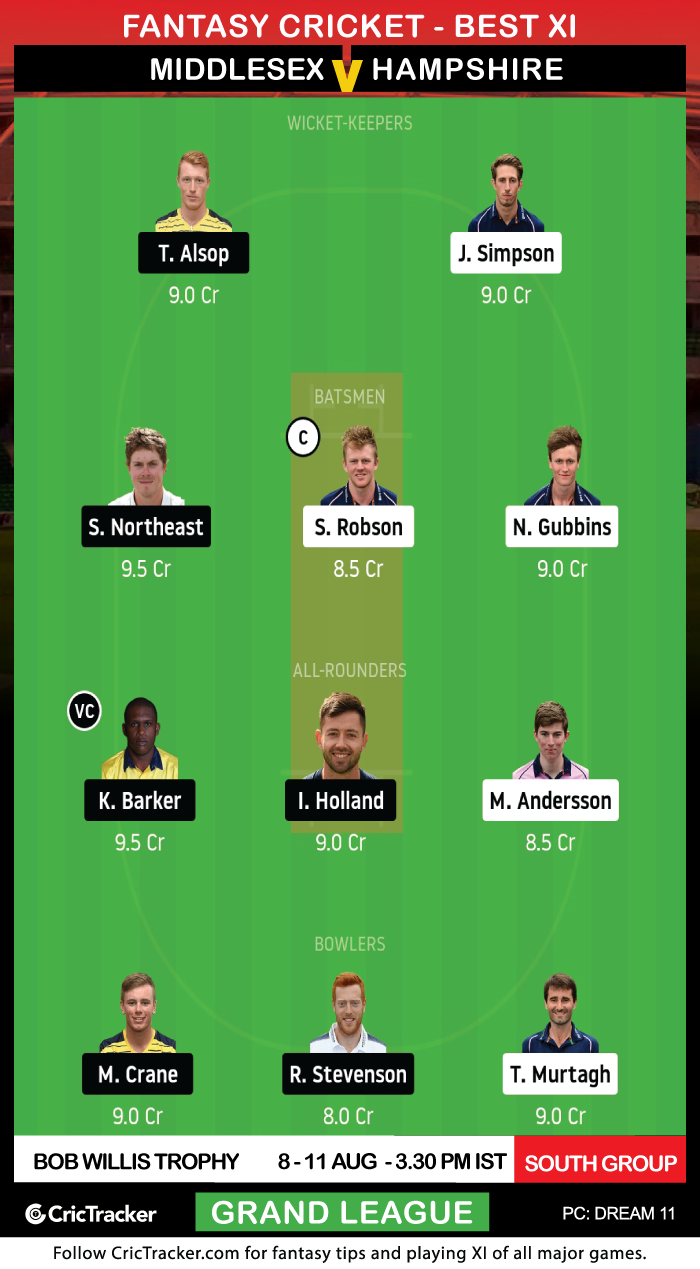 Toby Roland-Jones missed out during the first match of Middlesex who preferred to play an extra spinner in the form of Thilan Walallawita at The Oval. The conditions in Radlett are expected to be similar to that of the previous match with the track assisting the spinners. Hence, it could come down to only one of the two getting a place in the playing XI.

Middlesex is expected to register their second successive win due to the home advantage against Hampshire.