Arpit Tiwari is a good captaincy pick for this game.

Botkyrka outfit will go head-to-head with the Forenom Royals in Match no. 11 of the ECS Sweden T10 tournament. This match between these two sides will be played at the Norsborg Cricket Stadium.

Botkyrka have been pretty impressive this season and would take the field with great confidence. They couldn’t start off the season on a grand note, suffering a 21-run defeat against Pakistanska Forening in the opening clash. However, they made a terrific bounce back and emerged victoriously in their next two games.

On the other hand, Forenom Royals have got some work to do as they lost two of their first three matches. However, they are coming off a golden ball win in this contest and won’t mind adding two more points to their tally. Notably, Botkyrka walked away with a six-run win when these two sides met earlier in the competition.

Predicted Playing XIs for BOT vs FOR:

Captaincy picks for BOT vs FOR:

The Forenom Royals all-rounder has been in fine form this season and would be determined to put up another brilliant show. Tiwari has a happy knack for taking wickets regularly and his big-hitting skills make him an even greater asset. Notably, the all-rounder scored 23 runs and scalped 3 wickets in the last match against Botkyrka.

Another player who can shine in this contest is Botkyrka skipper Muhammad Tarar. The all-rounder has showcased his brilliance in all three departments and Forenom Royals must beware of him. So far, he has taken three wickets this season alongside scoring 72 runs. 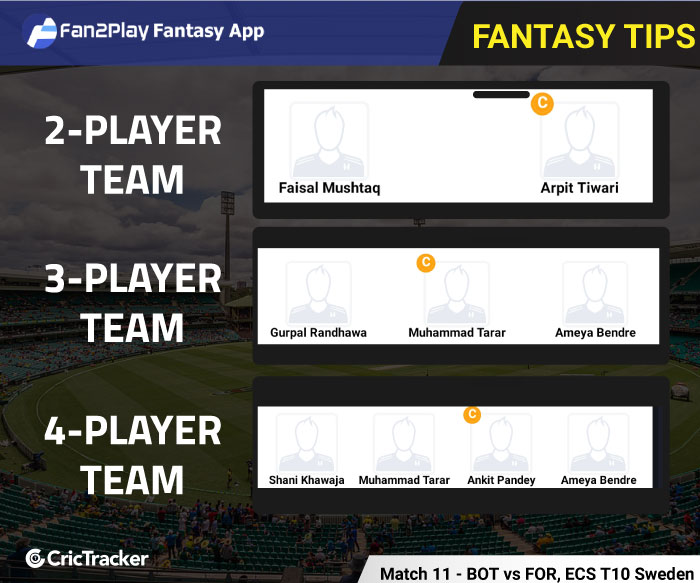 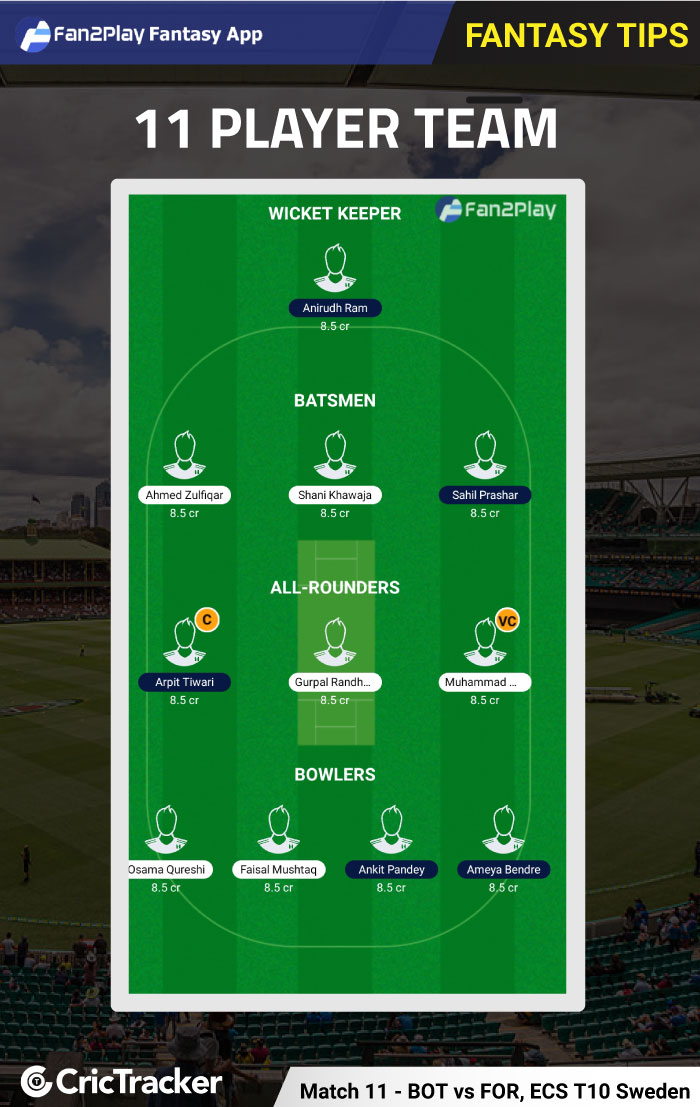