Muhammad Tarar is a good captaincy option for this match.

The Botkyrka outfit will go toe to toe with the Pakistanska Forening side in Match No.9 of the ECS Sweden T10 tournament. This match between these two sides will be played at the Norsborg Cricket Stadium.

The Pakistanska Forening outfit has literally been unbeatable in the tournament thus far. The side has won all the 4 matches that it has played, and is occupying the top place in the points table in Group A. They walloped the Umea side by 7 wickets in their previous match.

Captaincy Picks for BOT vs PF

Zubair Aslam was the wrecker in chief with the ball for the Pakistanska Forening side against the Umea outfit. He picked up 4 wickets in the 2 overs that he bowled. Aslam is an asset for his side and is a bowler who can provide crucial breakthroughs.

Muhammad Tarar produced an excellent performance with the ball in Botkyrka’s encounter against the Forenom Royals. He picked up 2 wickets in the 2 overs that he bowled, and gave away just 5 runs. 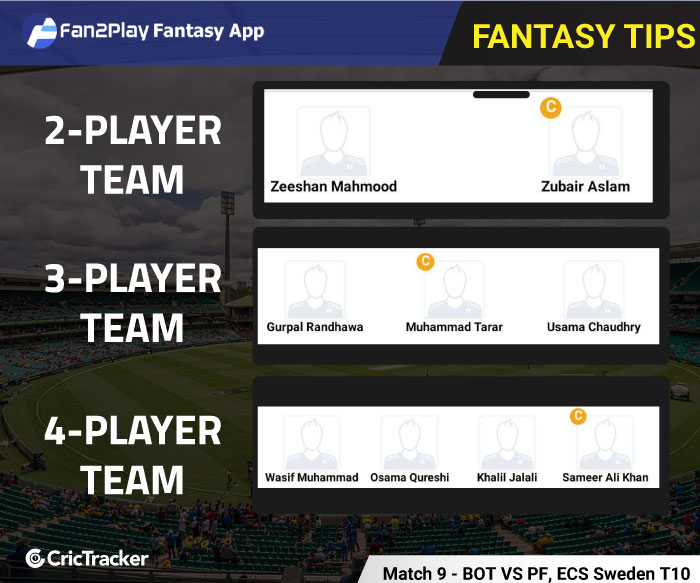 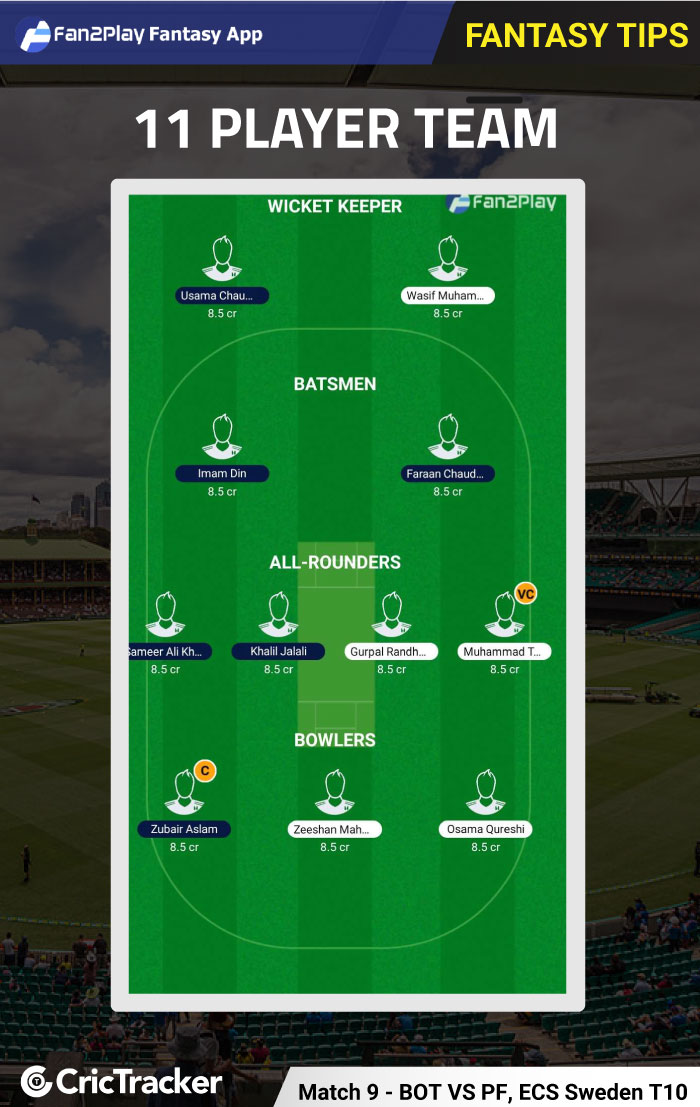