Botanical Gardens Rangers is expected to win this match.

The 20th match of the Vincy Premier League T10 2020 will be played between Botanical Gardens Rangers and Salt Pond Breakers at the Arnos Vale Sporting Complex, Kingstown, St Vincent.

The 20th match of the ongoing Vincy Premier League will see Botanical Gardens Rangers lock horns against the Salt Pond Breakers. They will face each other for the second time in two days and the previous clash was won by the Gardens by just two runs. They are the only undefeated side in the tournament and yet another thrilling cash is on the cards.

The weather forecast for this match is not good at all with 81% chance of rain. The temperature will stay around 28 Degrees Celsius.

The surface has held up well despite 18 matches played at the venue. The sides batting first have had more success here and team winning the toss is expected to bat first.

Sunil Ambris has amassed 151 runs in three outings at an SR of 193.59 and has also scalped two wickets. Ryan John has mustered 77 runs and has been economical with the ball while also picking two wickets. Delorn Johnson has scalped 8 wickets so far while Heyron Shallow has amassed 120 runs in four innnings. 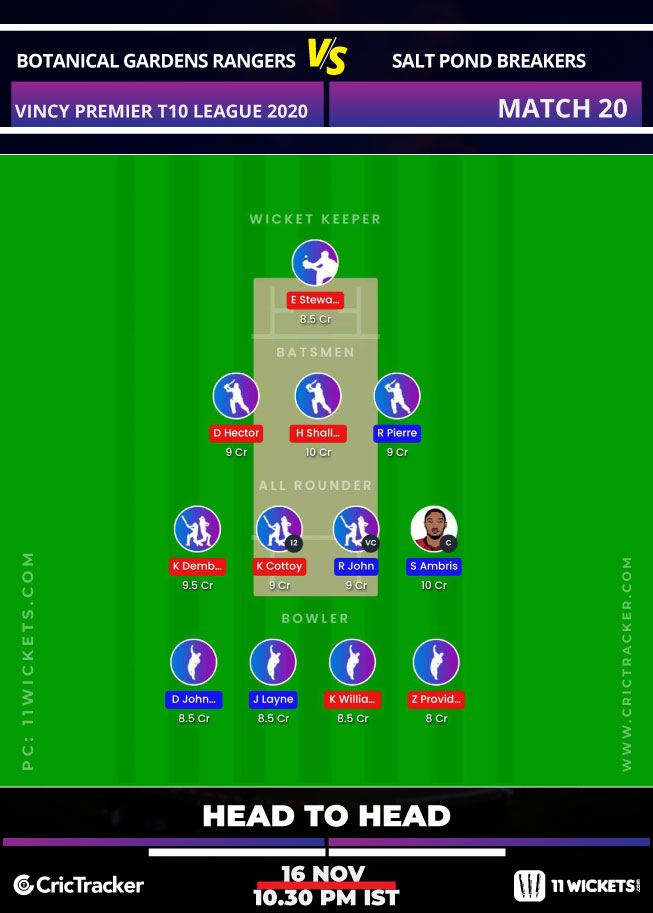 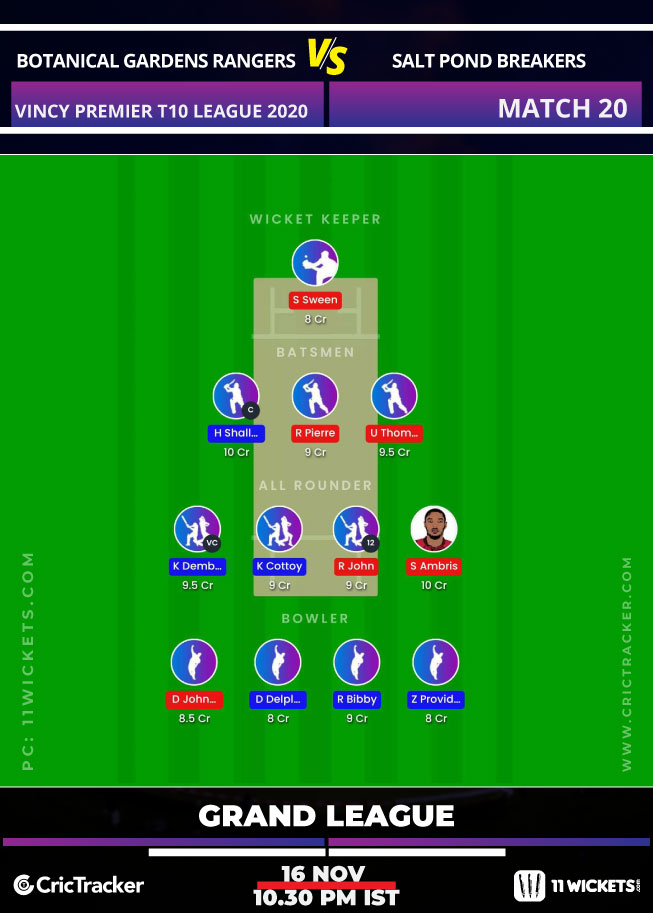 Kenneth Dember has been in excellent form in recent games and he can turn out to be a valuable pick of your Fantasy team.

Botanical Gardens Rangers is expected to win this match.