The Warriors are on a four-match losing streak and are placed fifth.

The Chattogram Challengers are sitting pretty on top of the points table in the ongoing BPL 2019-20. Having garnered 12 points from eight matches, another victory is most likely to secure them a berth among the top four teams. In their previous game, Imrul Kayes’ calm head scripted a win against the Dhaka Platoon. Their next game is against Cumilla Warriors in the first of Tuesday’s doubleheader.

In their previous meeting, the Warriors fell short by 16 runs while chasing 239 in Chattogram. Dawid Malan’s men aren’t in the best of shapes, having lost their last six encounters. The Warriors are on a four-match losing streak after losing last against the Rajshahi Royals. The Warriors have won two out of their seven matches and are placed fifth in the table. Their net run rate is at a decent +0.256.

The pitch at the Sher-e-Bangla Stadium has been a fairly good one for batting. Bearing in mind the conditions, teams should opt to chase. Of late, the deck has given a fair bit of assistance to the spinners as well. The conditions will be sunny with the temperature being around the 25 degrees Celsius mark. The humidity won’t be high though with the numbers mostly in the high 50s and 60s.

For the Challengers, Lendl Simmons and Kesrick Williams have already left for international commitments. Skipper Mahmudullah won’t be available for the next two games. Nasum Ahmed and a few other players are suffering from cough and cold. Chattogram will be depending heavily on the trio of Avishka, Chadwick Walton and Imrul Kayes, who have scored bulk of the team runs.

Nurul Hasan Sohan is also a handy prospect lower down the order. In the bowling department, speedster the onus will be on Mehedi Hasan Rana, who has 13 wickets to his name with a couple of four-fers. Rubel Hossain and Muktar Ali have also delivered with eight wickets each. There’s concern over the fifth bowlers’ slot and it remains to be seen, who puts his hands up next time around.

The Warriors have depended heavily on Dawid Malan. The England batter has 303 runs at an average of 60.60 and has been his team’s standout batter by a country mile. Soumya Sarkar must be oozing confidence after his unbeaten 88, though it came in a losing cause. It was also his first BPL half-century in four years. Stiaan van Zyl looked quite uncomfortable in his first match of the season.

Sabbir Rahman has a strike-rate of 104.90, depicting his travails. Even in the last game, eh couldn’t accelerate when the required-rate escalated. Bowling has been a major concern for them. Bowling has been a major concern for Cumilla. Barring Mujeeb Ur Rahman and Al-Amin Hossain in patches, no other bowler has made much of an impact. Sarkar has nine wickets, but at an economy of 9.64. 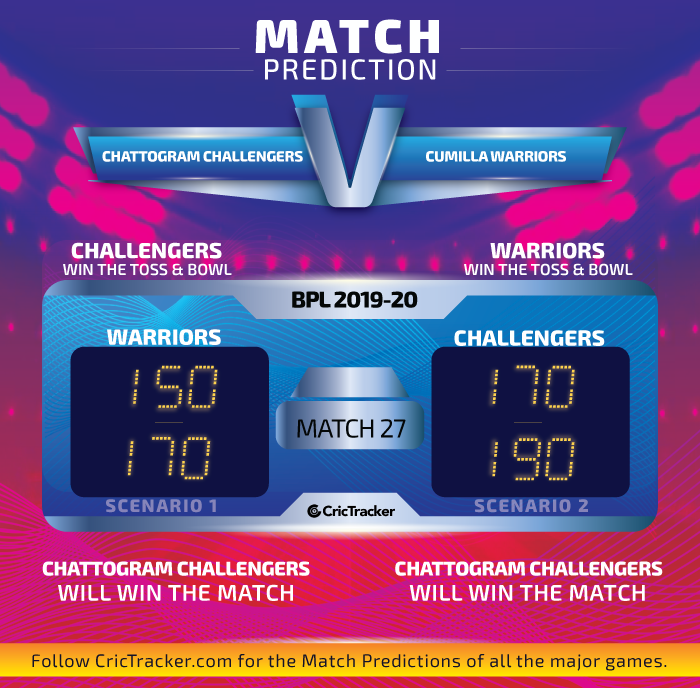