The Warriors need to win in order to have any chance of going to the playoffs.

With three playoffs spots already being taken, Cumilla Warriors and Khulna Tigers are vying for the other spot in the BPL 2019-20. The Warriors would be a bit low on confidence after Rilee Rossouw’s fifty and Robbie Frylinck’s fifer blew them away in Mirpur. Their fate in the T20 tournament isn’t in their own hands anymore. First and foremost, they need to beat the Tigers in their next encounter.

Then the Warriors have to hope for the Dhaka Platoon to beat the Tigers. Moreover, Dawid Malan and Co need to ensure that their net run rate of +0.056 goes above Khulna’s tally of +0.513. For Mushfiqur Rahim’s men, a victory in the next game will seal their spot in the top four. They wouldn’t want to take their fortunes to the last round robin match and allow the Warriors a foothold back.

The pitch in Mirpur has gotten a bit slower as the tournament has progressed. Though it has mostly favoured the chasing teams, the sides batting first have also won matches. Stoke-making can be a tad tough at times and batters need to be circumspect. Dew may not play a big role. The conditions will be hazy with the temperature around 18 degrees Celsius. The humidity will be in the 80s.

The Warriors have depended heavily on Soumya Sarkar and Dawid Malan. The duo has a combined tally of 757 runs with five half-centuries and a ton. To their dismay, the other batters haven’t shown enough consistency. The decision to send Sabbir Rahman as an opener worked as he scored a fifty.

In the bowling department, Mujeeb Ur Rahman seems to be a little overburdened. The tweaker has 14 wickets at an economy of 5.11. Soumya Sarkar and Al-Amin Hossain have 12 wickets each, but have leaked runs at an alarming rate. Left-armer Abu Hider Rony is also ridiculously out of form.

After a few stutters, the Tigers have found a formidable opening pair. Najmul Hossain Shanto and Mehidy Hasan Miraz have found form at the top of the order. The experienced duo of Rilee Rossouw and Mushfiqur Rahim have held the middle order together with 411 and 333 runs respectively.

Najibullah Zadran and Robbie Frylinck add firepower to the lower middle-order. Frylinck is also the Tigers’ leading wicket-taker with 15 scalps at an economy of 7.29. Shahidul Islam has 14 wickets to his name. Mohammad Amir has also bowled with fire, picking nine wickets at an economy of 7.10. 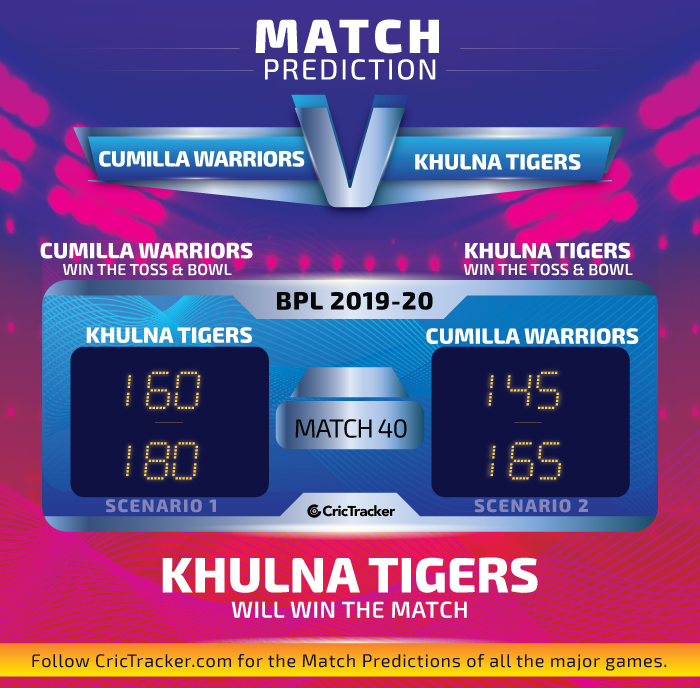