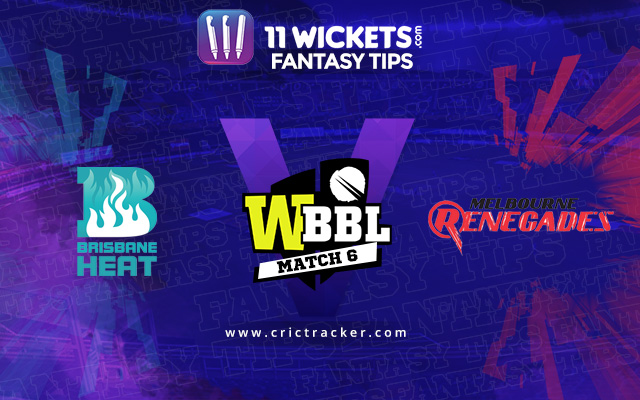 The 6th match of the  Women’s Big Bash League (WBBL) 2020 will be played between Brisbane Heat Women and Melbourne Renegades Women at the Hurstville Oval, Sydney.

Brisbane Heat will be up against Melbourne Renegades on Monday. The former had a good start to the tournament as they managed to defeat the Perth Scorchers comprehensively by a 7-wicket margin. Thus, with the winning momentum on their side, they would be a confident unit going forward into this game.

Melbourne Renegades, on the other hand, saw their first game yield no result due to rain. There was a lot of expectations about this Melbourne-derby between the Renegades and the Stars. But both the teams had to share a point each. Renegades will be looking forward to posing a tough challenge to the defending champions in this match.

Rain threat is looming large for this encounter. The chances of precipitation in the morning in Sydney stand at around 90 per cent.

Batting is quite tough at this venue. Thus, the team that wins the toss should look to bat second as it is easier to pace the innings with a set target in mind.

84 (First game of the tournament played at this venue)

Lea Tahuhu is recovering from a side strain that she sustained during Australia-New Zealand ODI series earlier this month.

Maddy Green scored 385 runs in 40 T20I innings and is quite aggressive with the bat.

Amelia Kerr picked up 37 wickets in 35 T20I matches and is an absolute miser with the ball in hand.

Delissa Kimmince is amongst the leading wicket-takers in the WBBL. She picked up 76 wickets in 76 games and has an economy rate under 7. 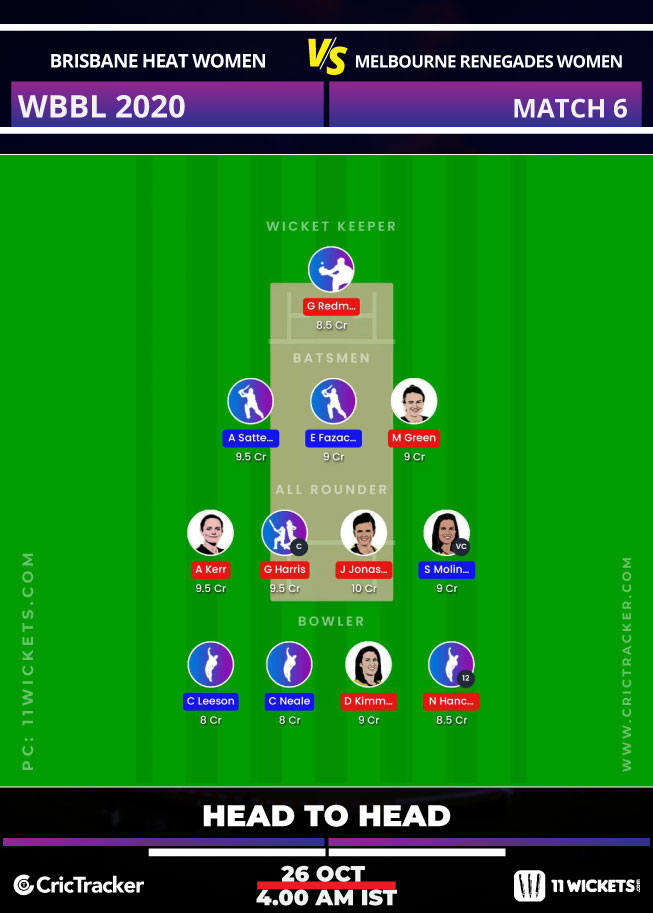 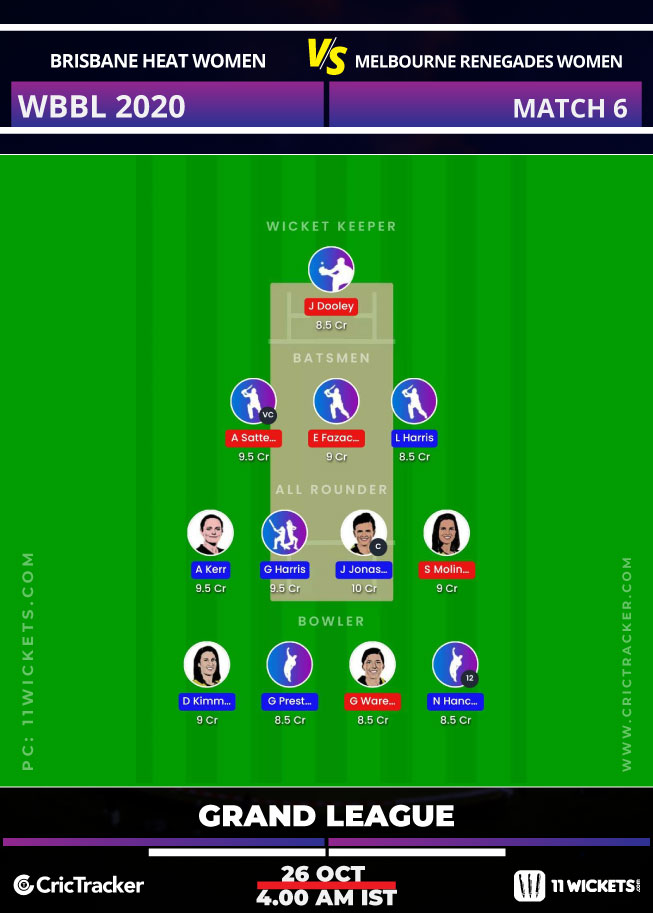 Grace Harris seems to be in fine form and was batting really well in the last game. Hence, she is the captain of the Head-to-Head team.