Melbourne Renegades are unlikely to be able to get the better of Brisbane Heat. 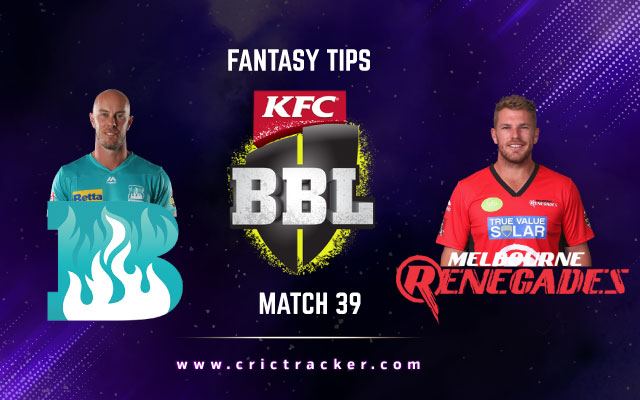 The 39th match of the Big Bash League (BBL) 2020-21 season will be played between Melbourne Renegades and Brisbane Heat at the Manuka Oval in Canberra.

The Manuka Oval in Canberra will witness the clash of two struggling sides, who are all trying in their own ways to carve their paths into the top 4. The road is uphill, but Brisbane Heat are making the destination look reachable as they have won 3 of their last 4 games.

Things are way more complicated for Melbourne Renegades, as they lost 7 games in a row. That streak was broken in the last game, but they still have a mountain to climb if they were to make it to the top 4. This game will be extremely crucial to both the teams.

The temperature will be around 29 °C in Canberra tomorrow, with the sun shining in all of its glory. The chances of rain are only 10%.

The Manuka Oval pitch will side with the batsmen, as bowlers will find it tough to be economical here. A score of more than 180 is what the team batting first should ideally aim for.

Afghan cricketers Mohammad Nabi and Mujeeb Ur Rahman have left for national duties. Morne Morkel is available for selection for Brisbane Heat.

Chris Lynn has been very consistent with the bat for the Brisbane Heat. He has amassed 223 runs at a very Lynnesque strike rate of over 150.

Showing exemplary consistency with the ball for Brisbane Heat is Mark Steketee. He has scalped 16 wickets from 8 games.

Aaron Finch’s form is not something to be proud of, but what makes him a decent alternate option for captaincy is his 9400+ T20 runs at a strike rate of over 140.

Jack Wildermuth can shine with both the bat and the ball. The Brisbane Heat all-rounder has picked up 9 wickets and has also scored 71 runs. 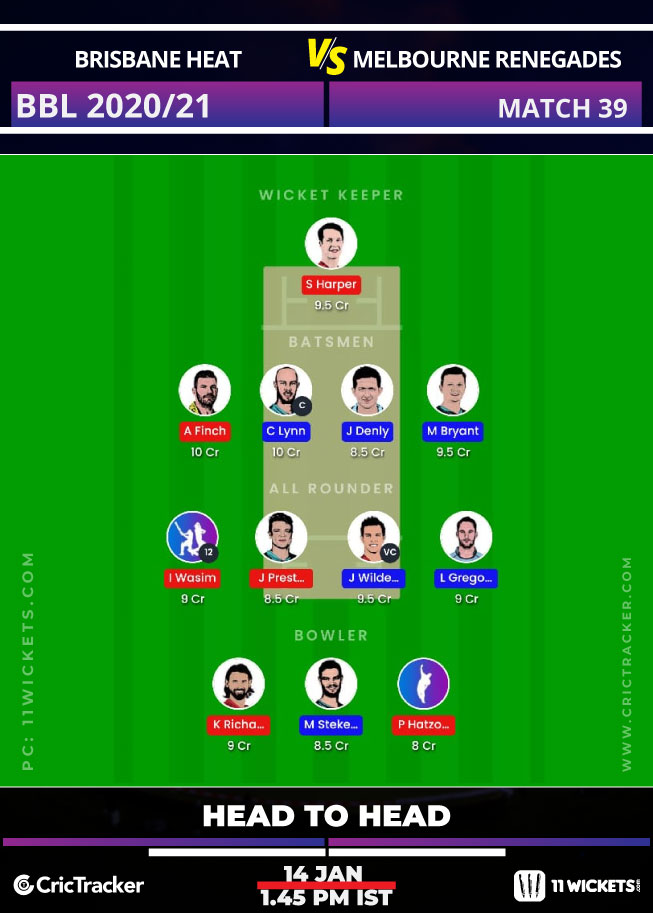 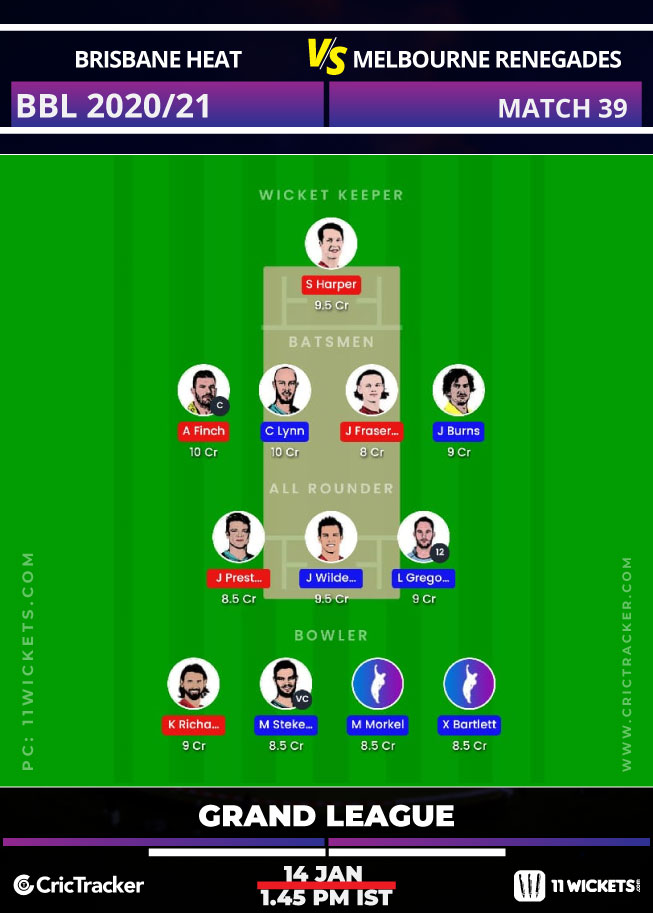 Xavier Bartlett has been a tad bit expensive, but he has provided his team with crucial breakthroughs. Having picked up 8 wickets in as many matches, Bartlett can be a good budget option from bowlers.