The return of Steve O’Keefe is the biggest plus point for Sydney Sixers.

Brisbane Heat will face Sydney Sixers in the 34th match of the tournament on Tuesday. Brisbane Heat will be thrilled with their performances against Hobart Hurricanes as they registered 14 runs win on Saturday. Bowlers are the real matchwinners for them in their previous encounter. With 4 wins and 4 losses, they are placed at the fifth spot in the standings with 14 points.

Sydney Sixers will be disappointed since their previous game was abandoned due to rain. They are still well placed at the second spot in the standings with 23 points. They had beaten Brisbane Heat by 2 wickets in their previous meeting, which is the biggest morale booster for them heading into this match.

Going with the stats, the average first innings score on this venue is 157 runs. The teams chasing has won more matches here and hence toss will be crucial for both sides.

James Bazley is a highly underrated cricketer. In 8 matches in this BBL, he has scalped 11 wickets at an economy of 7.45 and has scored 96 runs with the bat.

Josh Philippe hasn’t scored big runs in the last few matches which is a worrying thing for Sixers. Wicketkeeper-batter is still their leading run-scorer in this tournament with 295 runs in 7 matches.

Sydney Sixers’ skipper Moises Henriques has notched 257 runs in 7 matches in this BBL at an average of 51.4 with the best score of 76*. He is desperate for big scores and hopeful of doing well in this match. 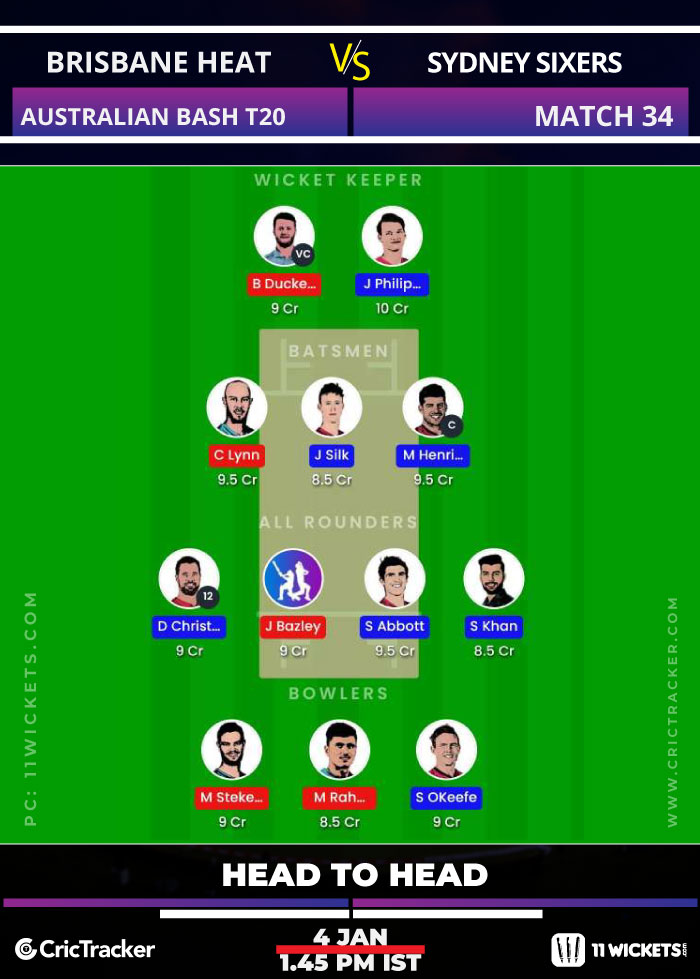 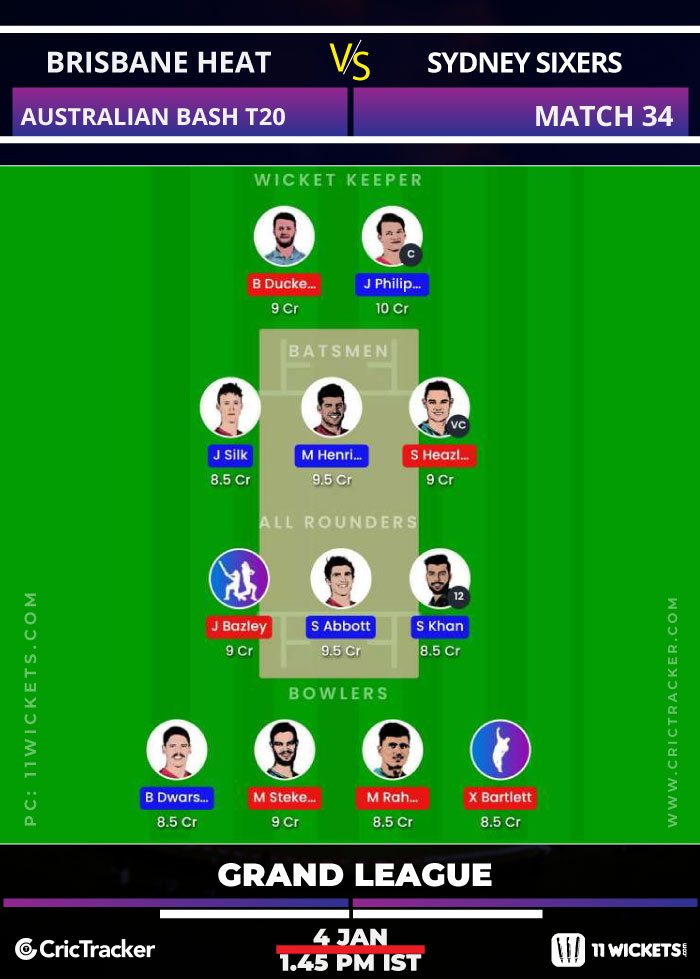