Moises Henriques is a good captaincy pick for this encounter.

Brisbane Heat will clash with the Sydney Sixers in the 36th Match of the Australian T20 Bash. The Sixers are occupying second place in the points table, and have won 8 out of their 13 games.

On the other hand, the Brisbane Heat side is languishing at the 7th spot, having mustered just 3 wins in 13 games. Both these outfits lost their previous matches.

The pitch at The Gabba in Brisbane will have some bounce and carry for the seamers. The batters can also get value for their shots and can score runs on this surface.

Moises Henriques has plundered 375 runs in the competition and has scored his runs at a strike rate of close to 145. Henriques is a match-winner on his day and is capable of dismantling the opposition.

Hayden Kerr has scalped 19 wickets in the tournament and has taken them at an average of 13.84. Kerr can scalp wickets at regular intervals and put the brakes on the opposition scoring rate as well.

Ben Duckett has scored close to 300 runs in the tournament and has scored his runs at an average of over 25. Duckett can be dangerous if he gets going. 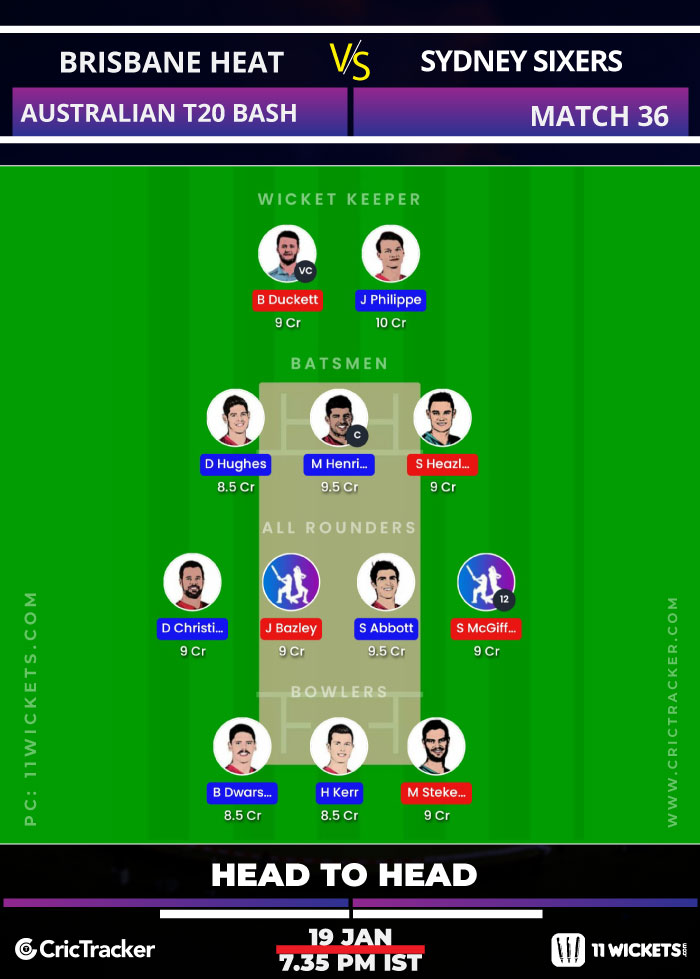 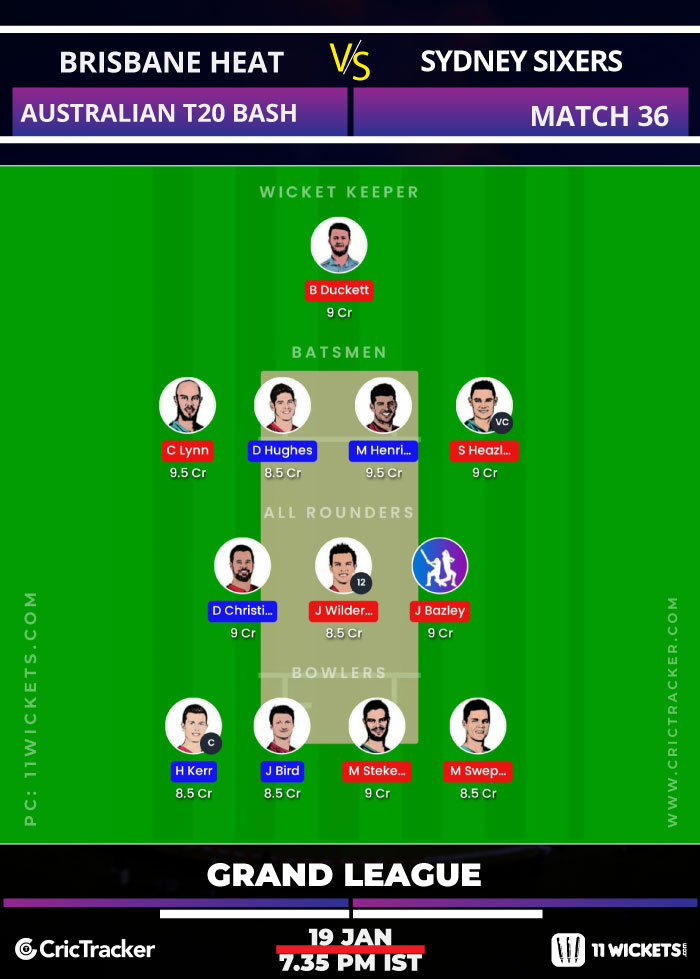