Kevin D’Souza will be a key player in this match.

The Black Smiths and Academic-MU Sofia will clash in the opening match of the Bulgaria T10 League 2022. The Black Smiths finished third in the group stages with 3 wins in 8 matches last season and will be looking to put up a better performance this time around. On the other hand, Academic-MU Sofia were the runners-up of the previous edition and will be desperate to get the silverware in this season.

There have not been too many matches played at this venue. So the surface is hard to guess. Hence, both teams might prefer chasing and adjust to the conditions.

Fayaz Mohammad is a quality all-rounder who has scored 431 runs at an average of 30.78 and a strike rate of 160.22 and is also very good with the ball, having picked up 6 wickets.

Kevin D’Souza has made 343 runs at a strike rate of 232 for Academic – MU Sofia in ECS. He is a very dynamic player in this format. 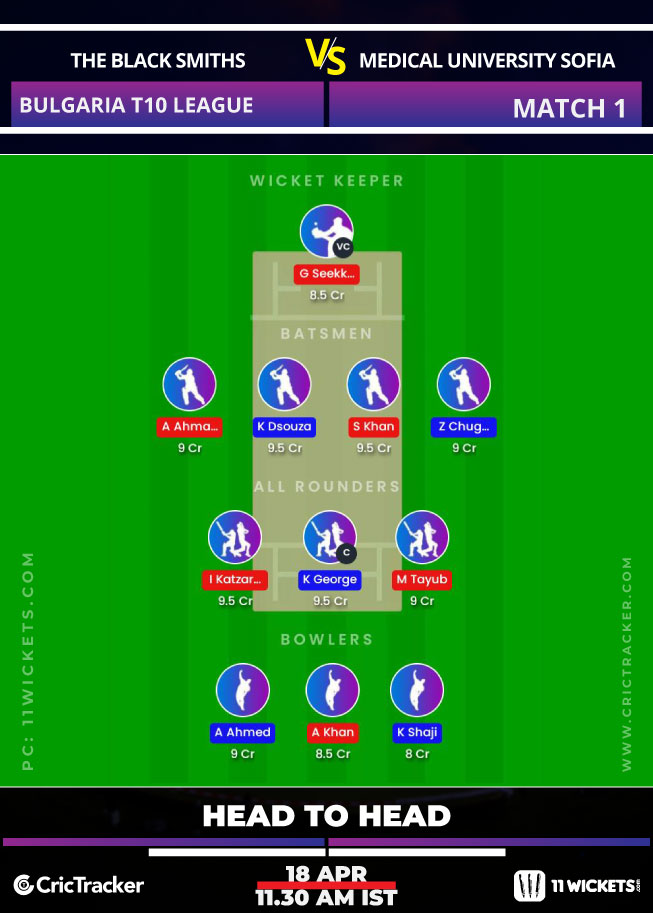 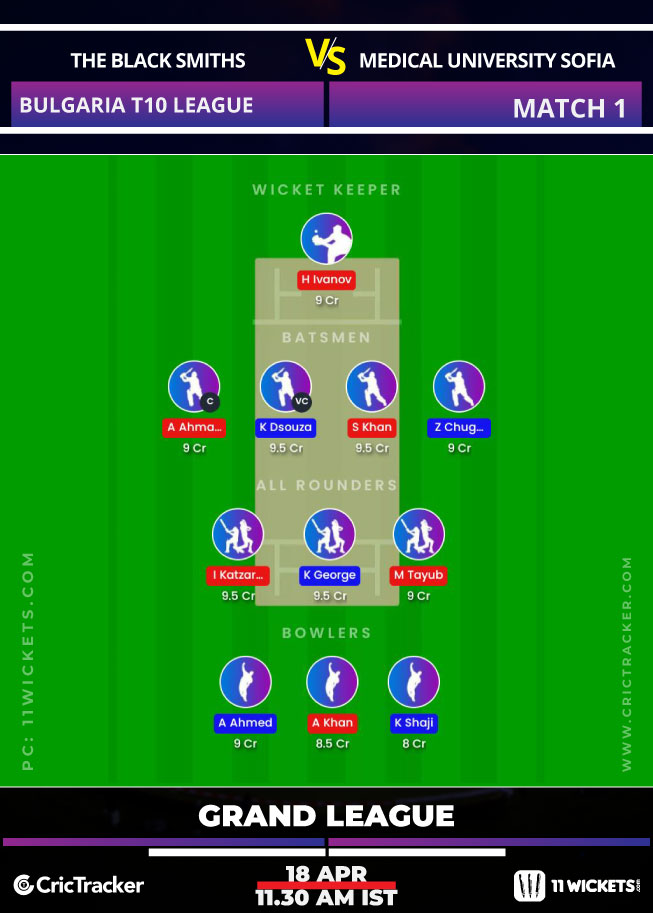