After a big victory in their first game, Pakcelona CC are expected to beat Badalona Shaheen CC.

The 20th match of the ECS T10 Barcelona will be played between Badalona Shaheen CC and Pakcelona CC at the Montjuic Ground, Barcelona.

Badalona Shaheen CC  began their campaign with an 8-wicket loss against United CC Girona. However, they recovered from that loss and beat Hawks CC and the Catalunya Tigers CC in their next two fixtures. It will be interesting to see if Badalona Shaheen CC can complete a hat-trick of victories.

The sun is expected to shine bright in the sky during the match time in Barcelona. The temperature will loom around 18 degrees Celsius.

The batsmen and the bowlers have been equally successful at this venue. The teams batting second won the last two games quite comfortably.

86 (Last 5 games played at this venue in this tournament)

Ishtiaq Nazir hit a brilliant half-century for Pakcelona CC in their first game. He has the potential to destroy the Badalona Shaheen CC bowling attack.

Qaiser Zulfiqar aggregated 48 runs for his team in the first match. He had an excellent strike rate of 177.77 in that innings.

Hamza Saleem Dar has been the strike bowler for the Badalona Shaheen CC in ECS T10 Barcelona. His economy rate is 6.83 runs per over, while he has also scored runs at an average of 20.3. 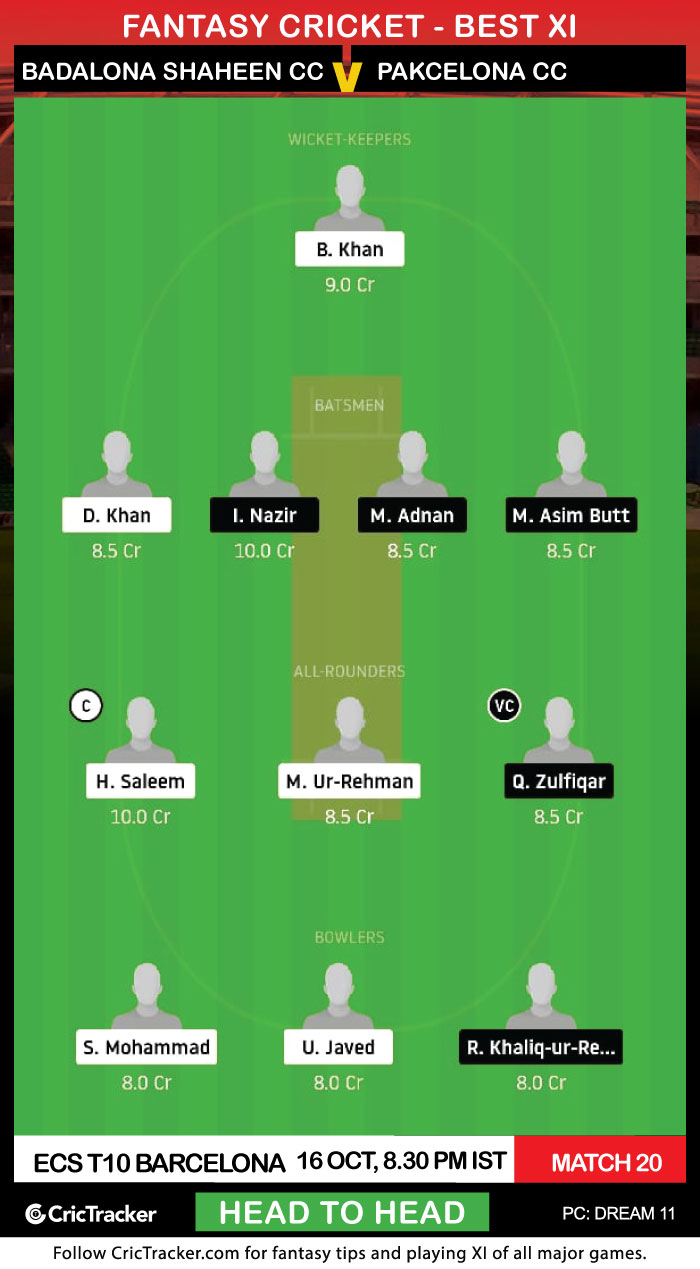 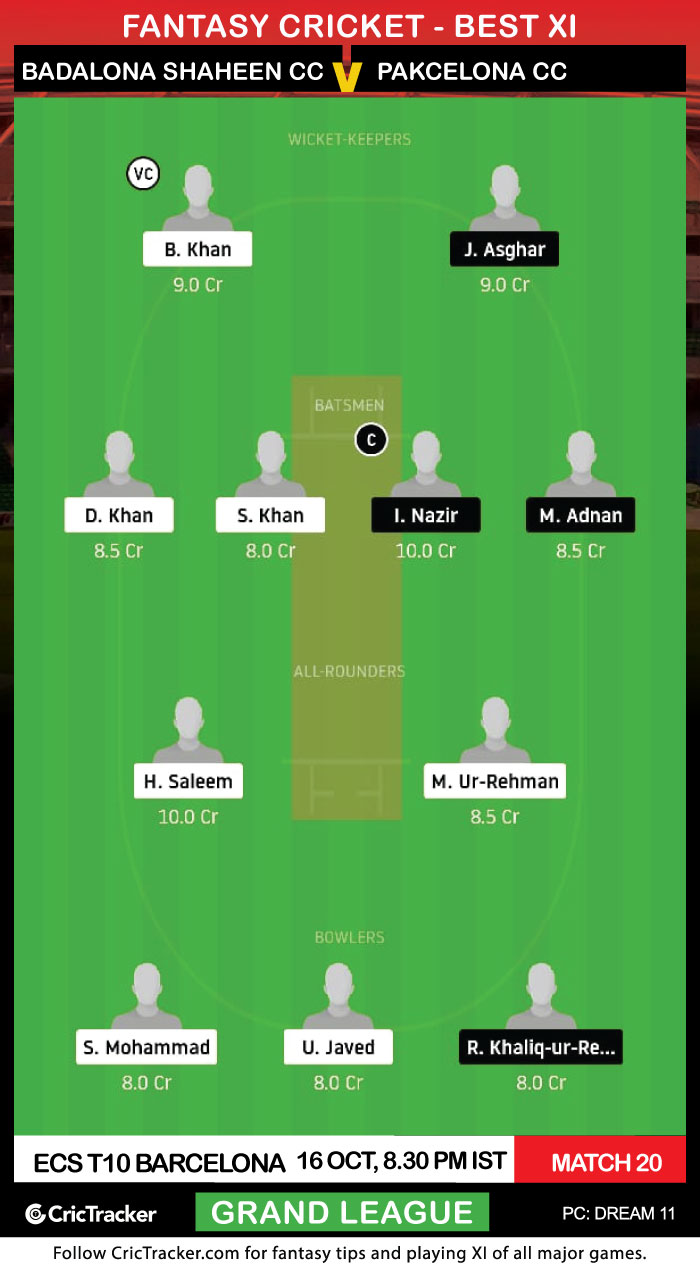 Mohammad Shafeer has played two wickets for Badalona Shaheen CC, where he has picked up four wickets. He can prove to be a differential in this contest because of his wicket-taking abilities.

Pakcelona CC are predicted to win this match.