Jamaica Tallawahs are expected to win this match.

The 18th match of the Caribbean Premier League 2020 is all set to be played between the Jamaica Tallawahs and St Kitts and Nevis Patriots at the Queen’s Park Oval.

The second match on Saturday will be a match-up of the two teams who have not had a great run in this tournament so far. The Jamaica Tallwahs have played five matches and have won only two matches, placing them at the fifth spot in the points table. St Kitts and Nevis Patriots have won only a single match of the five they have been a part of.

Both the teams are placed similarly in terms of their consistency and performance in this tournament. So, it will be interesting to see who wins this equally contested match, which could potentially make or break the tournament run for either of the two teams.

The weather forecast for Saturday says that there is just a 20 per cent chance of precipitation, with the skies remaining partly cloudy and temperature in the 28 to 31 degree Celsius.

The pitch at the Queen’s Park Oval is expected to be bowler-friendly, with the bowlers struggling a little in the second innings.

Mujeeb ur Rahman is in top form with the ball in this season and is rightly placed at the top of the wicket-takers’ list of this season. He has played 5 matches and has taken 12 wickets while maintaining an economy rate of 6.75 runs per over. Thus, you must have Mujeeb in your team.

Rayad Emrit is also in great touch with the ball. He has taken 7 wickets in 5 matches and has scored 43 runs with the bat too.

Evin Lewis is the second-highest run-scorer of the tournament, which is suggestive of the fact that he is in top form with the bat. In the 5 matches he has played, he has scored 161 runs. Moreover, his strike rate is also quite good.

Glenn Phillips has scored 128 runs in 5 games. He also registered a half-century in the tournament. 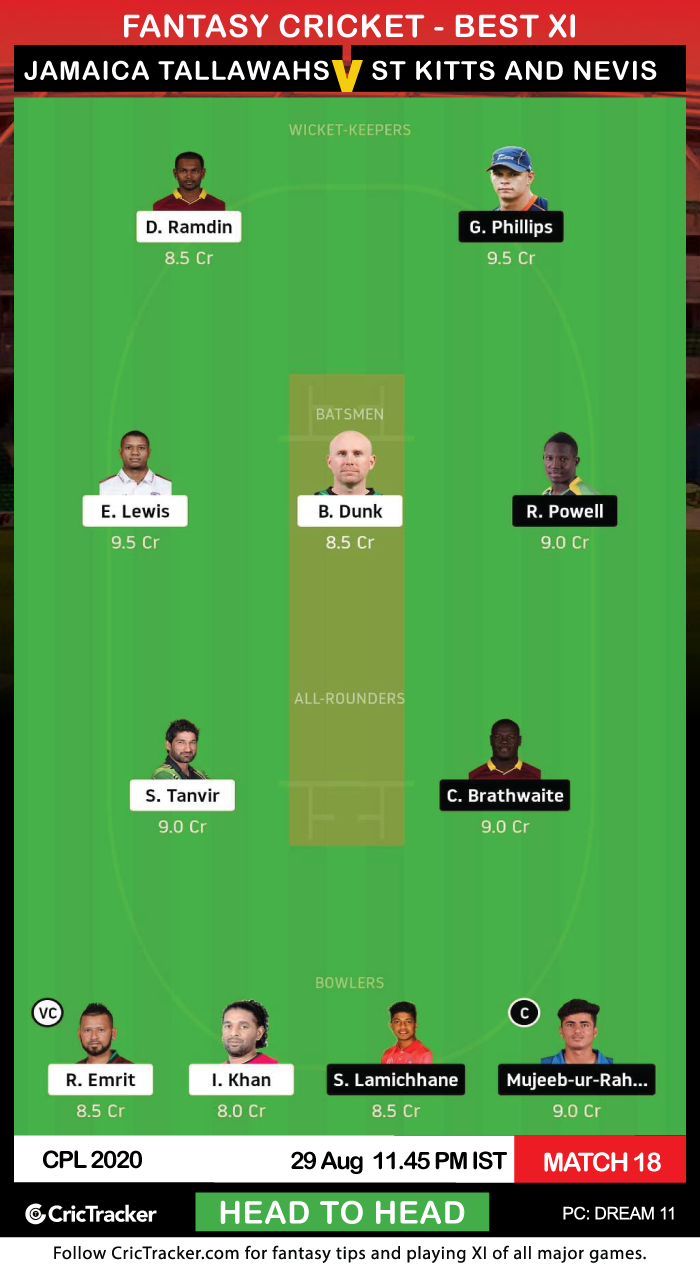 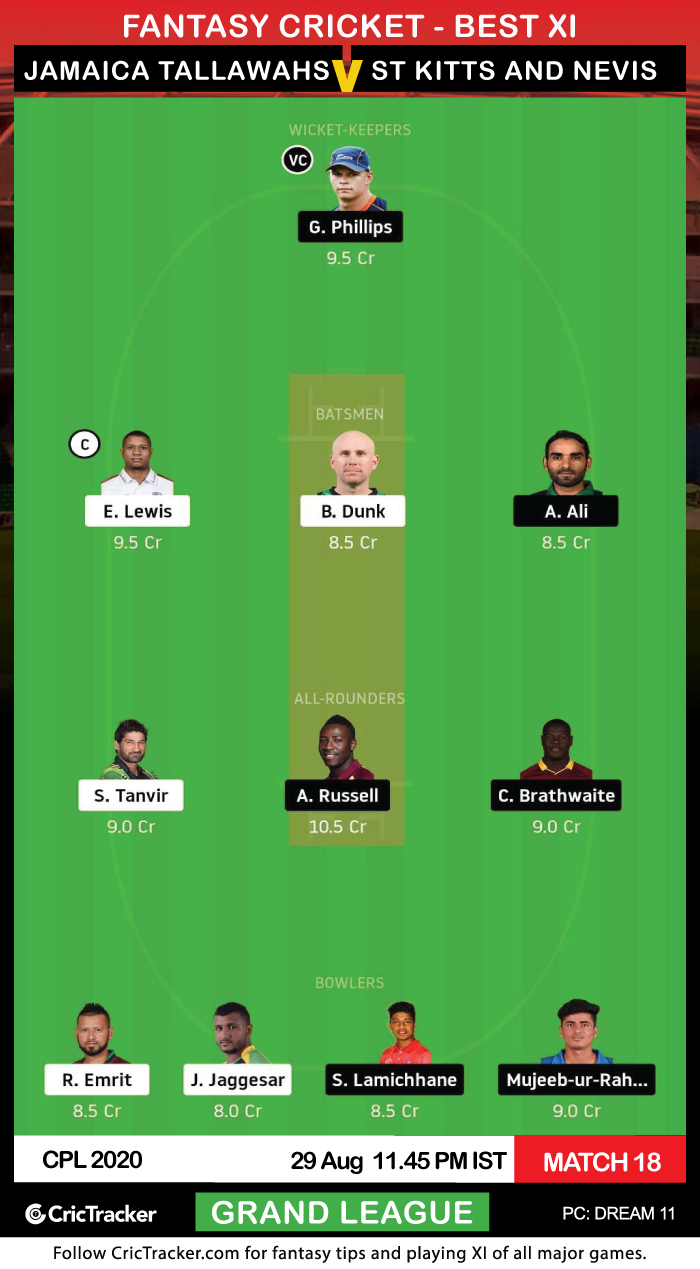 Andre Russell did not play in his team’s last match. Thus, he is picked in just one of the two Dream11 Fantasy teams. If he plays, you can have him as a multiplier in one of your teams.

Jamaica Tallawahs are expected to win this match and also add two more points to their tally.