Barbados Tridents are expected to win this game. 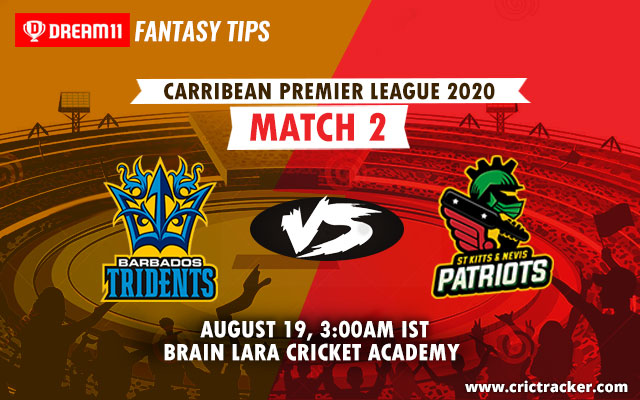 The second match of the Caribbean Premier League 2020 between Barbados Tridents and St Kitts and Nevis Patriots will be played at The Brian Lara Stadium, Tarouba, Trinidad.

In the second game of CPL 2020, the Barbados Tridents will play St Kitts and Nevis Patriots. Both these teams had similar performances in the league stages last year. Out of the 10 games that they played, they won five each. Since they had a better NRR, the Tridents were second on the table while the Patriots were third.

The Barbados Tridents actually when on to win the tournament from there even though they lost the Qualifier 1. St Kitts and Nevis Patriots, on the other hand, lost to Trinbago Knight Riders in the Eliminator. Both these team will look forward to starting off the tournament on a positive note.

With a high of 31 degrees Celcius and a low of 25 degrees Celsius, the weather looks good at the venue. There is a slight chance of precipitation while the humidity levels will be quite high.

The pitch offers a good amount of assistance to the spinners as the ball grips and turns. Chasing is tough at this venue.

Johnson Charles was the third-highest run-scorer last season. In 13 matches, he scored 415 runs at an average of 32.

Evin Lewis batted with a strike rate of 150 last year. In 10 games, the left-hander scored 265 runs.

Rashid Khan is one of the most experienced and impactful bowlers. In the 211 T20 games he played in his career, he picked up 296 wickets at an average of 17.

Ben Dunk is one of the most experienced campaigners going around. He scored over 3000 runs in 134 T20 games. 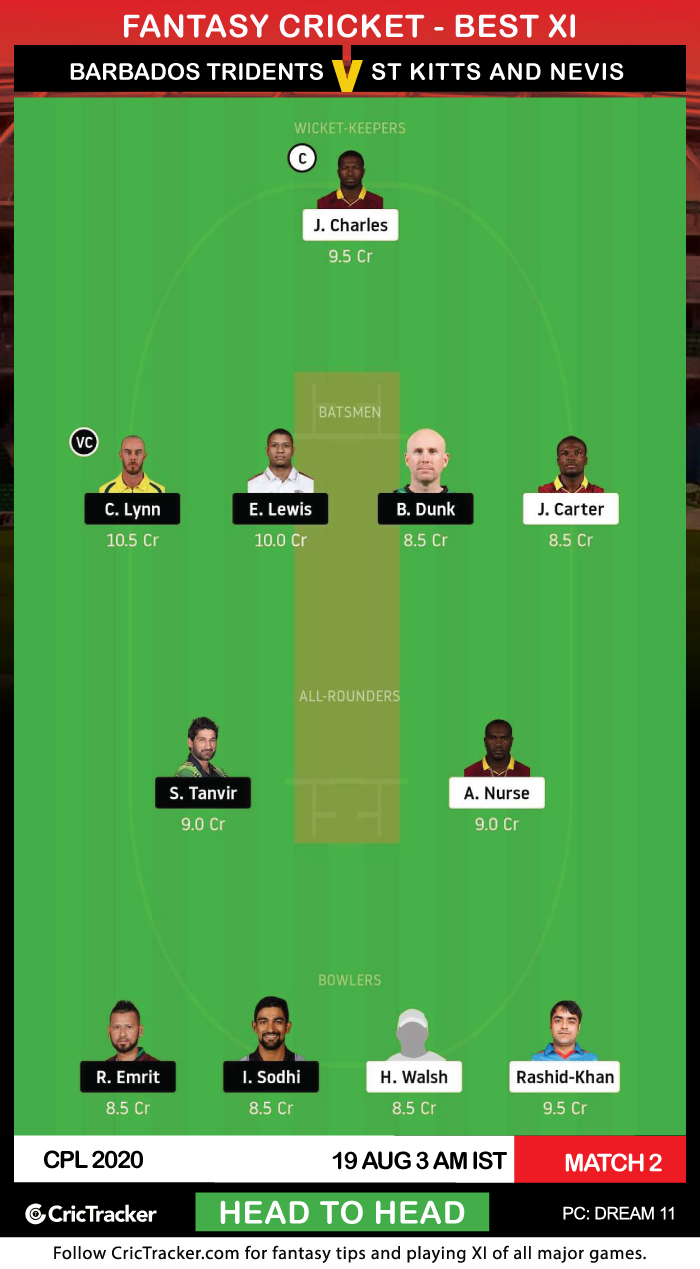 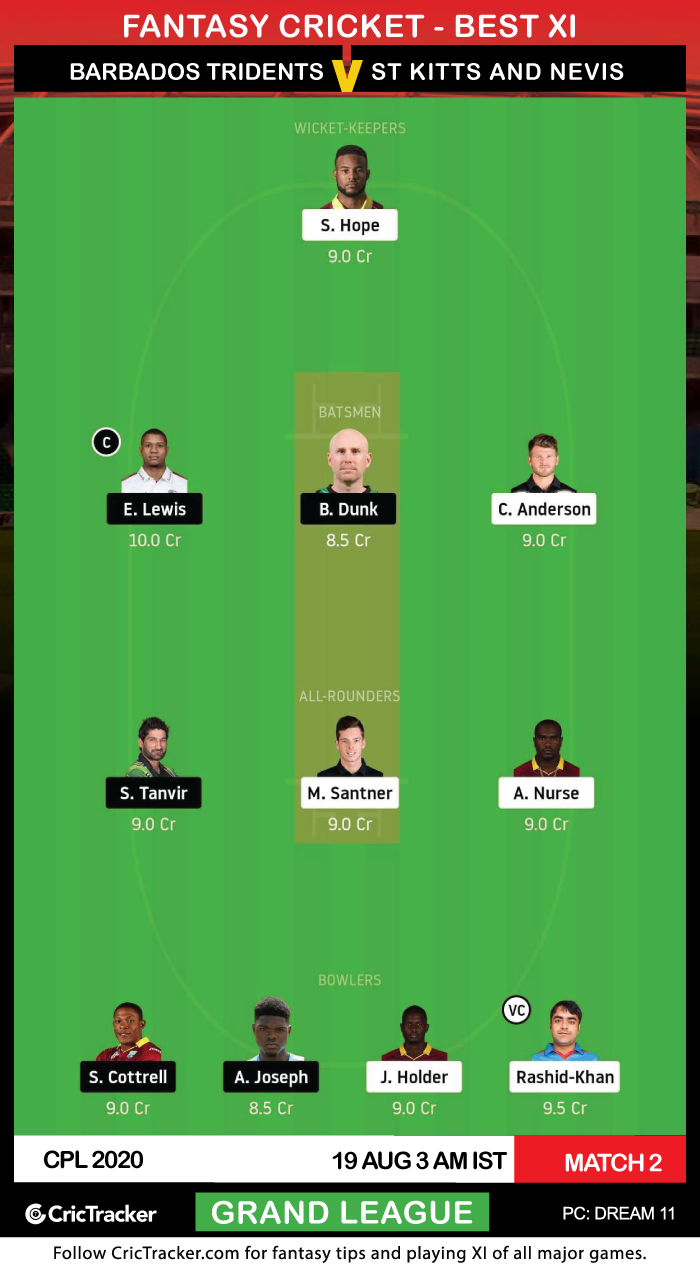 You can take a chance by having Rashid Khan as your vice-captain. If you want to have a safer option, go for Ben Dunk.

Barbados Tridents are expected to win this game.