Imran Tahir has bagged a total of 27 wickets from his last 15 matches in the CPL.

The 20th game of the Caribbean Premier League (CPL) 2020 will be played between St Kitts & Nevis Patriots and Guyana Amazon Warriors at the Queen’s Park Oval in Port of Spain, Trinidad.

St Kitts & Nevis Patriots and Guyana Amazon Warriors will lock horns on Sunday afternoon at the Queen’s Park Oval. This game will be the last of the ten matches to be hosted by Port of Spain in the CPL 2020. Patriots, with just one win from six matches, are currently placed at the bottom of the table. Guyana is ahead of them at No.5 having won only two of the six games. Both the teams have got some big names in their batting line-ups but have been struggling due to the domination of spinners.

The Queen’s Park Oval could be hit by Isolated thunderstorms between 11 AM and 2 PM local time.

The Queen’s Park Oval has been a nightmare to the batsmen in this CPL thus far. In such conditions, a batsman needs to have brute force to clear the fence and not just timing on the ball. The spinners will be crucial from the very first over of the match.

Evin Lewis suffered a groin injury during the Saturday’s match.

Imran Tahir has bagged a total of 27 wickets from his last 15 matches in the CPL and picked at least one wicket in 14 games.

Evin Lewis aggregated 182 runs in six matches and smashed 15 sixes which are the joint-most by any player in the tournament.

Shimron Hetmyer started the tournament with back to back fifties but has only one 20+ score since then.

Ben Dunk has scored 125 runs at an average of 25 and also picked up a wicket in the 2.4 overs he bowled. 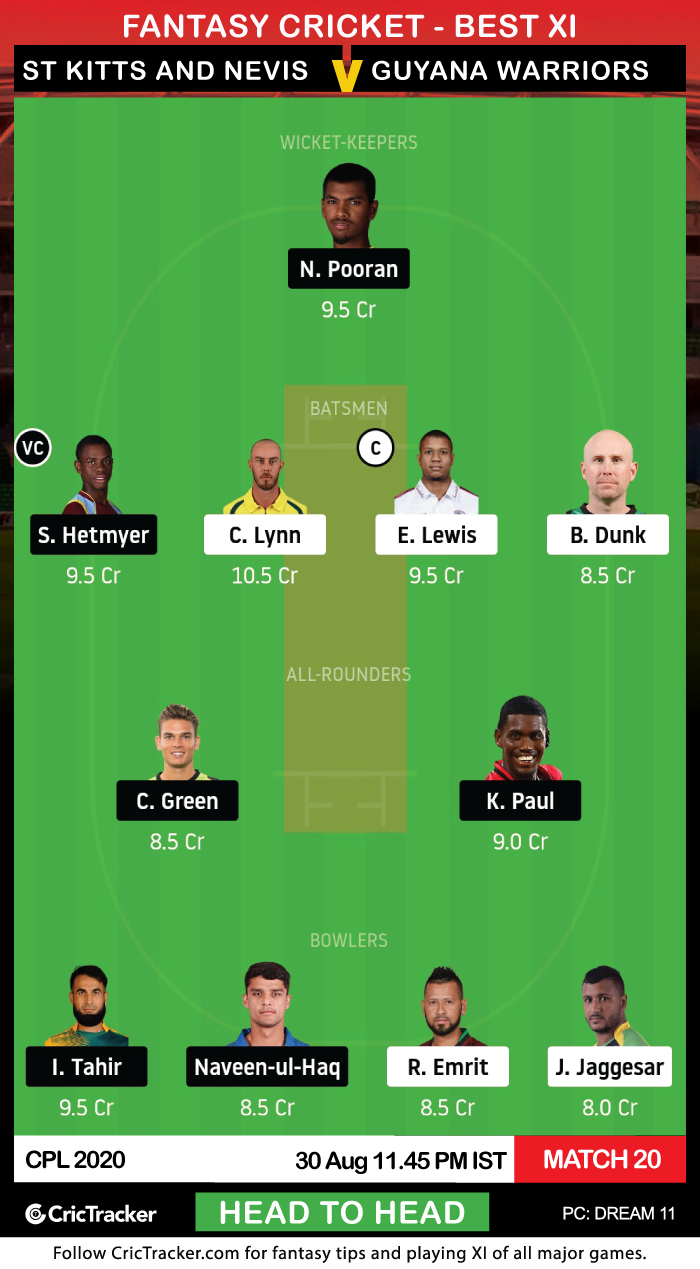 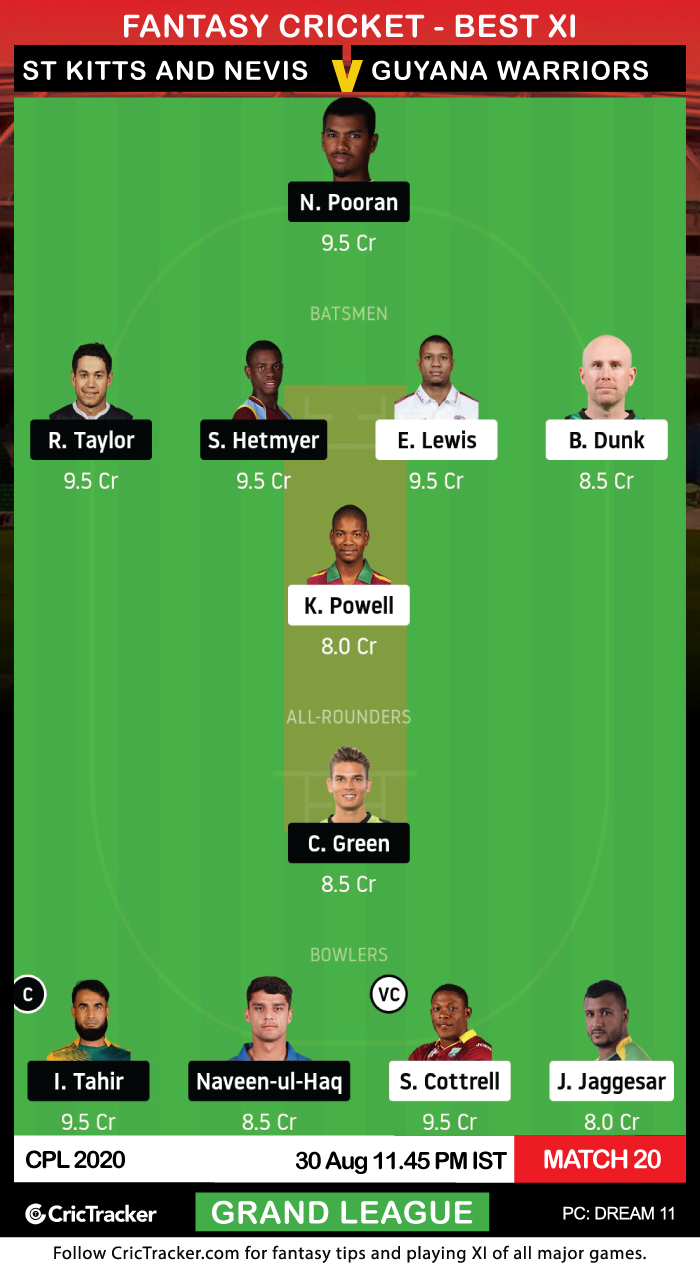 Evin Lewis batted at No.7 during the Saturday’s match against the Jamaica Tallawahs. The reason behind it was the left-hander suffering a groin injury towards the end of the first innings. It is unsure whether he would play on Sunday but could give a try since every match played by the Patriots from here on is a must-win for them.

Guyana Amazon Warriors are likely to thump St Kitts and Nevis Patriots by a big margin on Sunday.