Darron Nedd has been brilliant in the competition.

This encounter will start at 7 PM IST and fans can switch to FanCode for the live streaming of this contest.

Both these teams have blown hot and cold in this tournament and would be raring to clinch a victory in the upcoming contest. With three wins from six games, Clove Challengers are holding third place in the team standings. Their last match against the Saffron Strikers was abandoned due to rain.

On the other hand, Ginger Generals are fifth in the points table with just two wins in six outings. They haven’t crossed the 100-run mark in three games and need to put up a better batting effort to get the favourable result. Notably, the Generals suffered a six-wicket loss when they met the Challengers earlier in the competition.

Roland Cato has been in terrific form for the Ginger Generals, and many eyes will be on him. Batting in the middle order, the right-handed batsman often came at challenging situations with the openers failing to give good starts. However, Cato scored consistently and that too at a good pace. Hence, the Generals would be counting on him for this game.

Another player who can shine in this game is Clove Challengers’ Darron Nedd. The dasher has been impressive in this tournament and has already a couple of half-centuries. In fact, he scored a match-winning 17-ball 50 when these two sides met last. Not to forget, Darron is an all-rounder and can hurt opposition with the bat in hand. 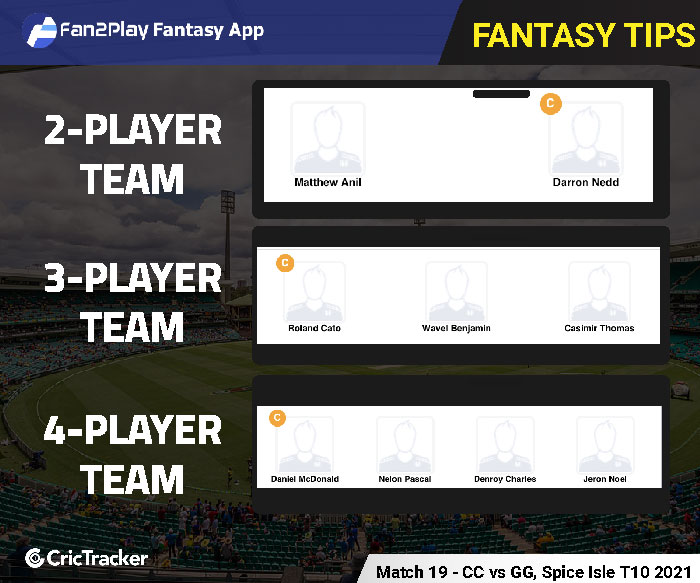 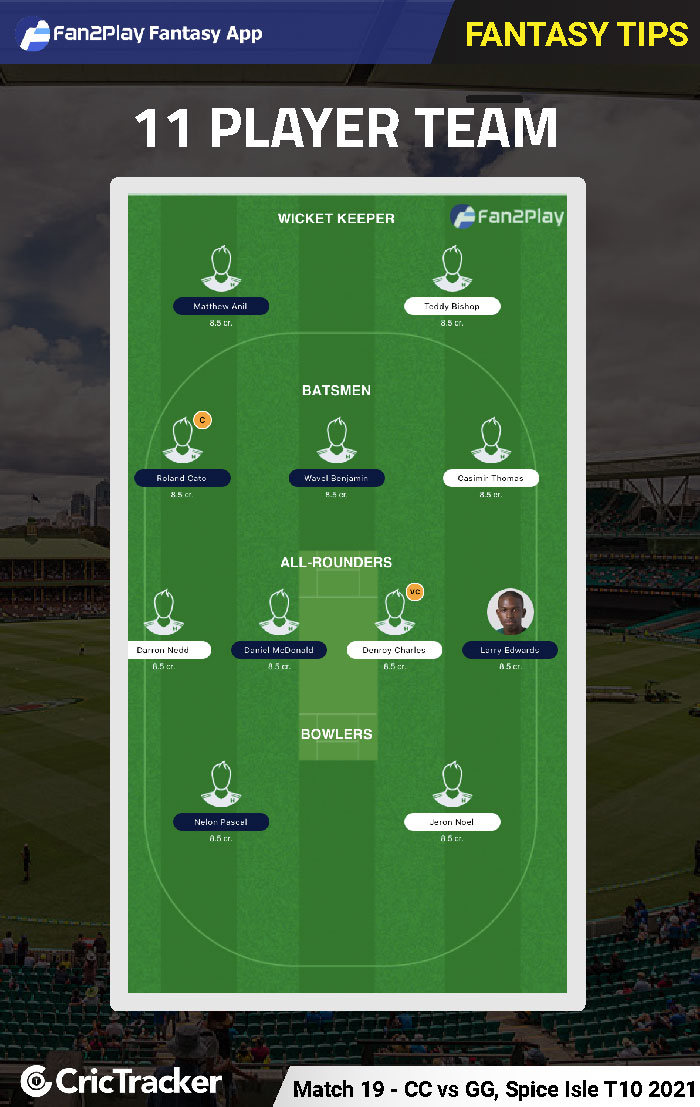