Packed with superstars, Titans are expected to start their season with a win over Cape Cobras.

The 2nd match of the CSA 4-day Franchise Series 2020 will be played between Cape Cobras and Titans at Newlands in Cape Town.

First-class domestic season will finally resume in South Africa after the COVID-19 break, as the Cape Cobras take on the Titans in the second match of the CSA 4-Day Franchise Series. Cape Cobras had an uneventful 2019-20 season. They were at the last position on the standings, with no wins in eight matches.

The Cobras managed to draw six matches, while losing two of their fixtures. Meanwhile, the Titans missed out on the title by just eight points. They were on the second position with two wins, five draws, and a loss in eight matches when the season was suspended because of the pandemic. Titans will aim to replicate that performance and go that one mile extra in this new season.

The sun will shine bright in the sky on the opening day. However, the skies will be cloudy on the next three days. There are no chances of rainfall, with the temperature expected to stay around 14 degrees Celsius.

The pitch in Newlands is of a balanced nature. The conditions in South Africa generally assist the pace bowlers, and the same should be expected from this wicket.

Grant Thomson led the Titans from the front in the last season. He scored 564 runs and picked up seven wickets in eight matches.

Heinrich Klaasen aggregated 413 runs in just five games for the Titans. The wicket-keeper will be the player to watch out for in this contest.

Kyle Verreyne mustered 551 runs for the Cape Cobras in the last season. He had a phenomenal average of 55.10 in seven games.

George Linde scored 345 runs and scalped 30 wickets for the Cobras. He could be in for points galore with his all-round brilliance. 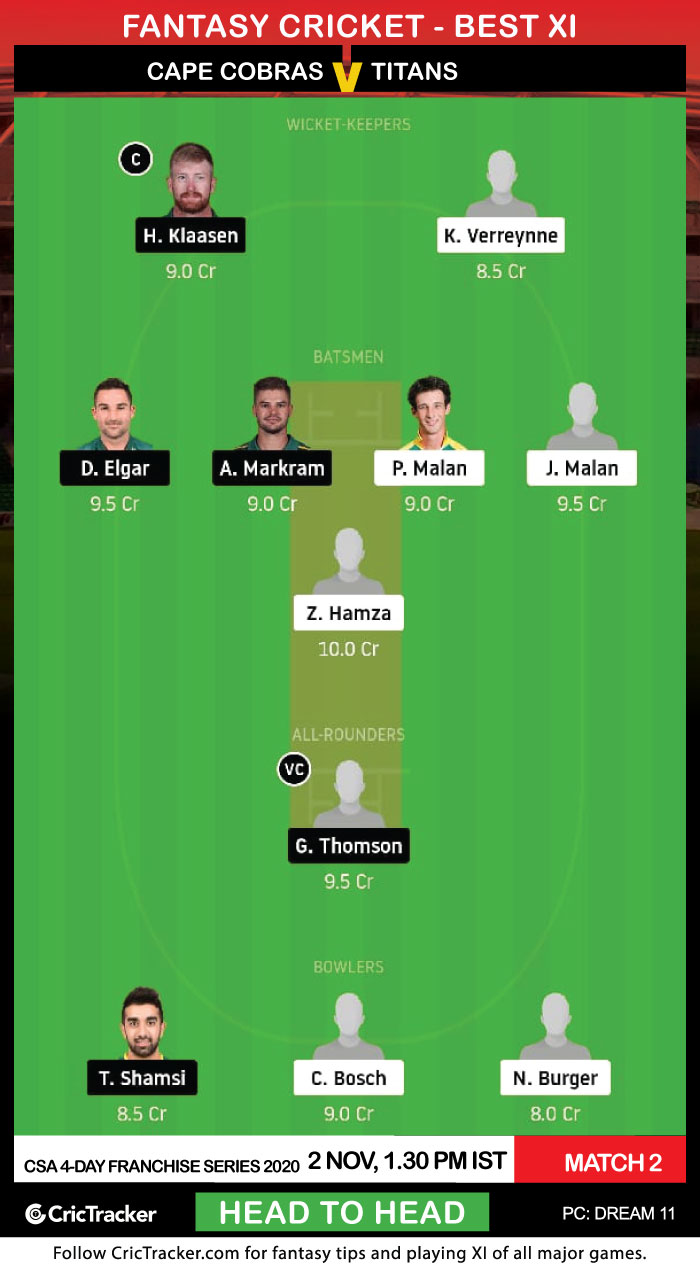 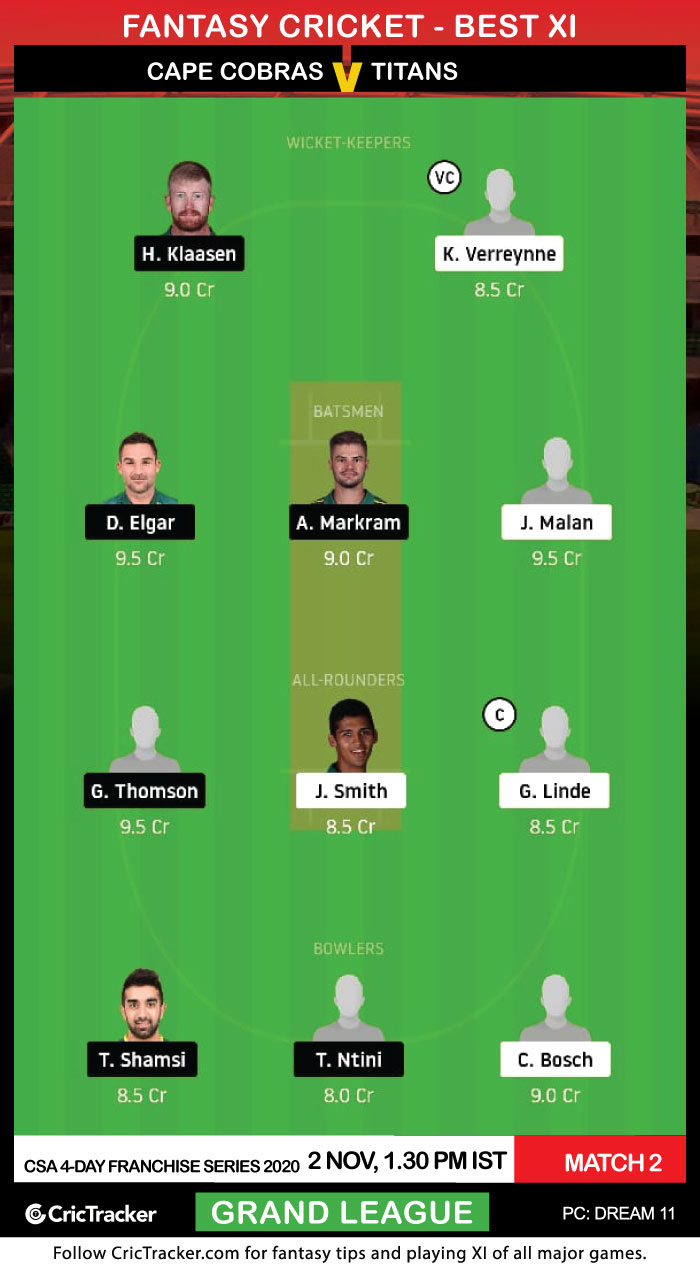 Janneman Malan has played splendidly in the domestic circuit. He aggregated 515 runs in just eight matches for the Cobras last year. It is advisable to pick him in both of your Dream11 Fantasy teams.

Titans are predicted to win this match.