For the Leatherbacks, Shervon Joseph was the star in their first game of the season.

The two teams who will meet in the upcoming clash of the St Lucia Blast 2021, Choiseul Coal Pots and Babonneau Leatherbacks, have gone some similarities. They both have got fiery batting units, which was on display in the first game of the competition.

But what is creating the difference between the teams is the bowling performance. Despite scoring 110+ runs, Coal Pots ended up losing their first game of the competition. On the other hand, Leatherbacks performed well as a unit, which has given them a winning start.

The track here at the Daren Sammy National Cricket Stadium is turning out to be a tricky one, with batsmen not scoring as freely as some had expected to before the start of the season. Anything over 90 will be difficult to chase down.

Vince Smith scored a fiery 37 in the last game, which he took just 14 balls to score. Unfortunately for him, his knock eventually went in vain.

Junior Henry is another Coal Pots who played well against Gros Islet Cannon Blasters. He took only 14 deliveries to score 29 runs.

For the Leatherbacks, Shervon Joseph was the star in their first game of the season. He scored 39 runs and also picked up 2 wickets. 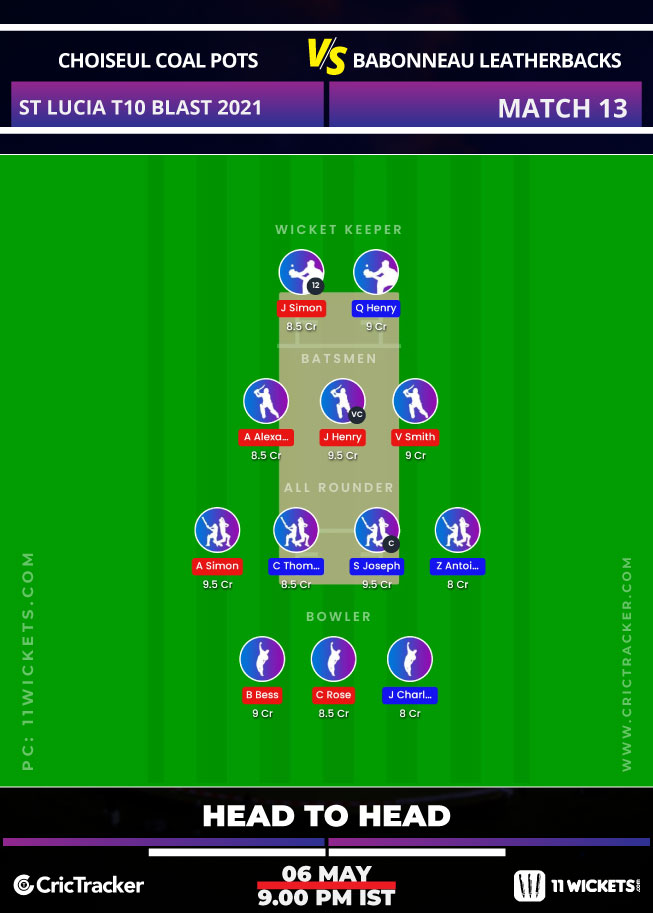 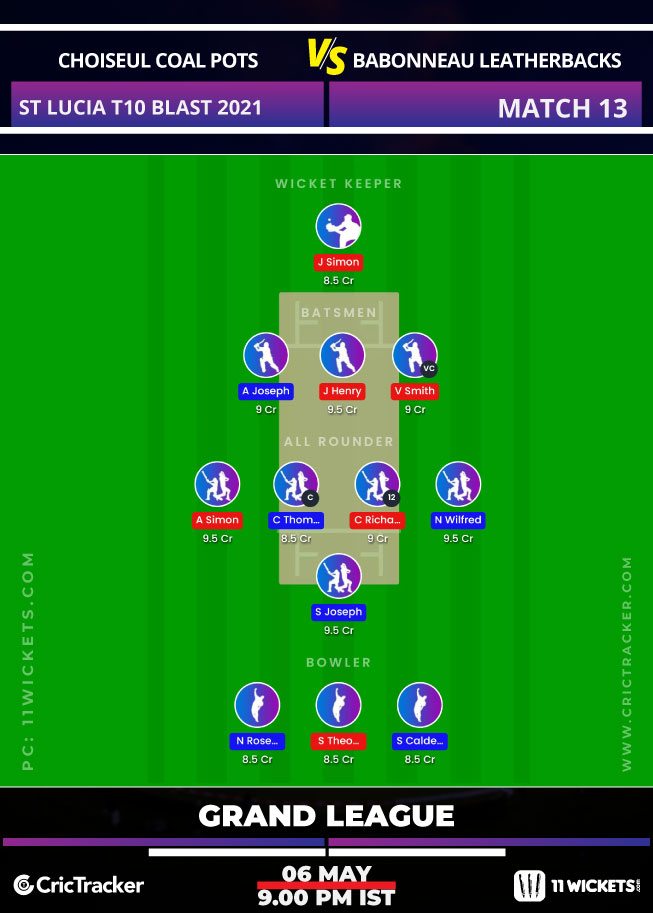