The Final of the Pakistan Cup will be played between Central Punjab & Khyber Pakhtunkhwa at the State Bank of Pakistan Sports Complex, Karachi on January 12th, Tuesday.

Khyber Pakhtunkhwa defied all odds against the Northern and won in an exciting Super Over at the very end of the game. On the other hand, Central Punjab are coming from a very convincing victory against the mighty Sindh.

Hence, they would also be high on confidence. In their previous 2 head-to-head battles, its Khyber Pakhtunkhwa that has had the better of Central Punjab and that too quite convincingly so the Punjabis would like to take strong revenge in this fixture.

CEP vs KHP Weather Report for The Final:

We can expect great conditions for a game of cricket as the temperature would be around 26 degrees with hardly any chances of rain interruptions.

A high-scoring game is on the cards after the previous 2 games going right down to the wire, with 300+ first innings score. The team winning the toss would like to bat first on this track.

Saad Nasim, the Central Punjab captain, would be very much aware of the fact that his team has lost twice to the same opposition and he would definitely want to lead from the front. In the semi-final, he played a quickfire knock of 39 that helped his team reach a par score.

Qasim Akram missed out on scoring big in the semi final because of a run out chance. He showed great resilience in that knock and would definitely want to make amends in the final taking his form of 27 off 22 from the previous game.

Rizwan Hussain has been able to give flying starts to his team right from the outset. He will be vital for Punjab and he is entering this game after a quickfire half century in the semis so his confidence would be sky high.

Iftikhar Ahmed has been the man for the big occassions and he is coming into this game after some tight bowling giving away just 40 from 9 overs in a nail biter of a match. He missed out with the bat but would definitely make amends this time around. 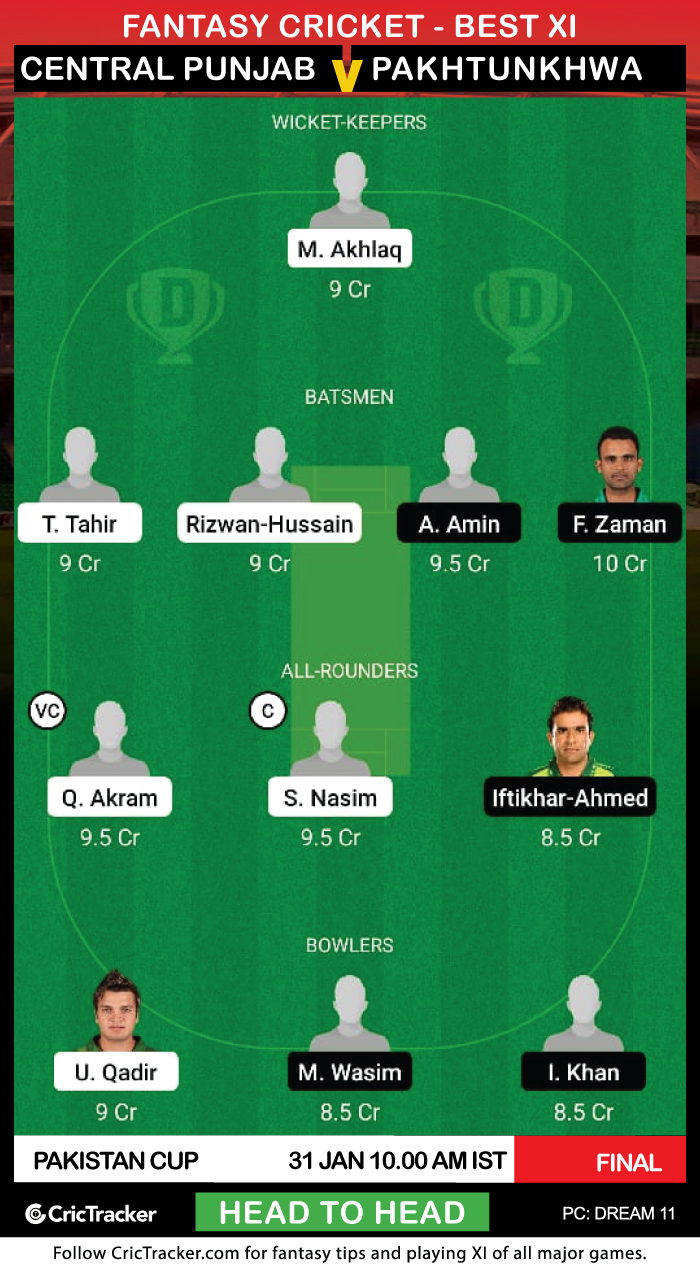 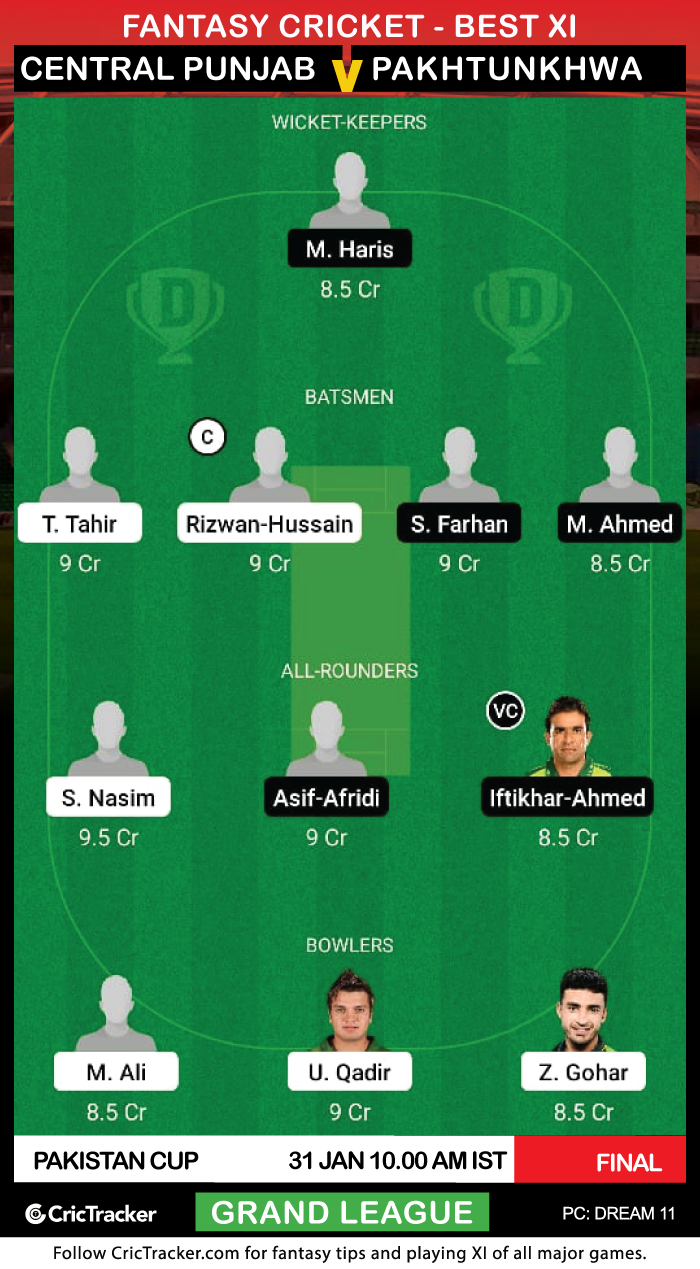 It is advisable to choose more players from the team batting first.

Khyber Pakhtunkhwa are expected to win this match and become the champions.