Wanindu Hasaranga de Silva can be a good player to bank on for this game.

Chennai Braves and Deccan Gladiators will lock horns with each other for the Match 18 of the UAE T20 League 2021. The former has had a dismaying outing in the league so far. The team has lost all their five games and will look forward to punching above their weights in order to secure their first victory of the tournament.

Deccan Gladiators dominated the proceedings when the two teams had last faced each other in the tournament. They will be determined to continue their domination. The side has secured three wins from five matches so far and is placed at the third position of the points table.

The pitch has largely favored the batters so far. The bowlers might need to toil hard in order to scalp wickets on this deck.

Bhanuka Rajapaksa has chipped in 162 runs in the tournament so far. He has chimed in with crucial knocks for the team and will aim to continue his good form. He can be a good player to bank on for this match.

Tom Banton is currently the top run-getter of the side. From five games, he has chipped in 102 runs. He will be determined to perform for the side. He can be a good pick for this match.

Wanindu Hasaranga de Silva comes in handy with his all-rounder abilities. In the tournament so far, he has scalped eight wickets from five matches and also scored 102 runs. 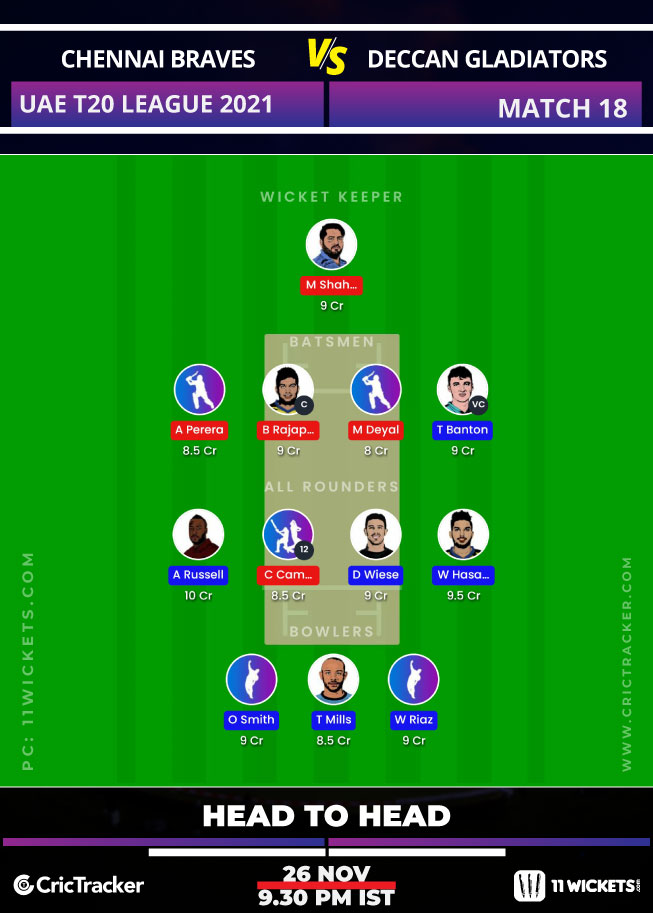 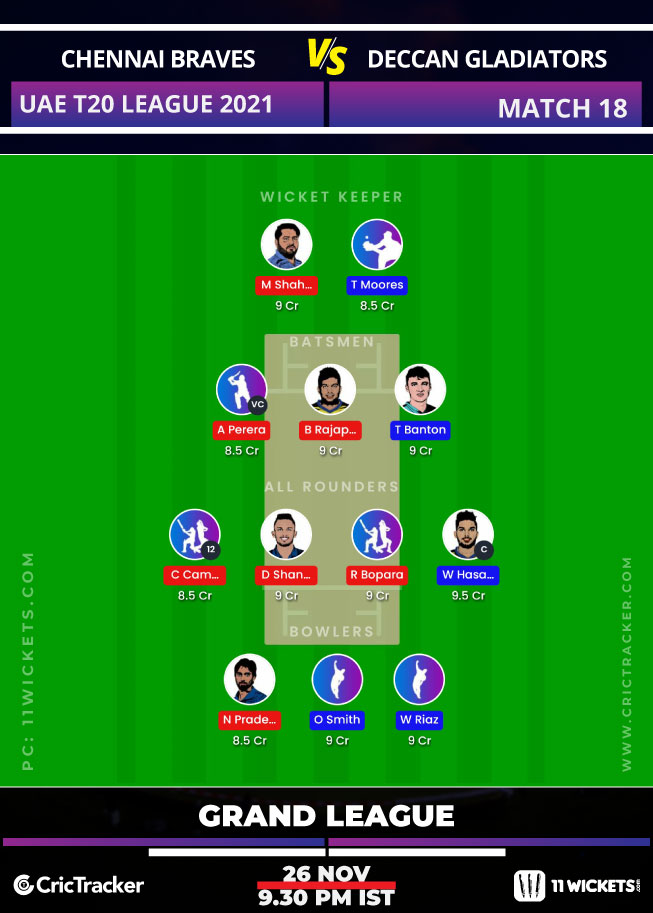