Mukesh Choudhary is having a great season with the ball so far.

Chennai will take on Gujrat in the 62nd match of the Indian T20 League 2022 on Sunday at the Wankhede Stadium in Mumbai. Gujrat leads the points standings with 9 victories from 12 games. They trounced Lucknow by 62 runs in their previous game to become the year’s first team to make the playoffs. Both teams met previously this season, with Gujrat defeating the defending champion by three wickets. Chennai, who have nothing to lose, will want to end their campaign on a high note. Devon Conway of Chennai is in red-hot form, and it would be difficult for the Gujrat bowlers to stop him.

A pitch at Wankhede Stadium is usually helpful to both bowlers and batters. However, bowlers are expected to get more help off the surface than batters who’ll need to take their time to get going. There should be some turn for the spinners, who are vital during the middle overs.

Shubman Gill is a technical sound batter from Gujrat. He has amassed 384 runs at an average of 34.91 and a strike rate of 137.16 in 12 games so far in the competition.

Whether it was to finish the game with the ball or bat, Rashid Khan has performed flawlessly as per the team’s requirements. He has scored 72 runs and taken 15 wickets at an average of 21.66 and at an exceptional economy rate of 6.79 in 12 games.

Mukesh Choudhary is having a great season with the ball so far, taking 16 wickets at an average of 22.18 in 11 games. 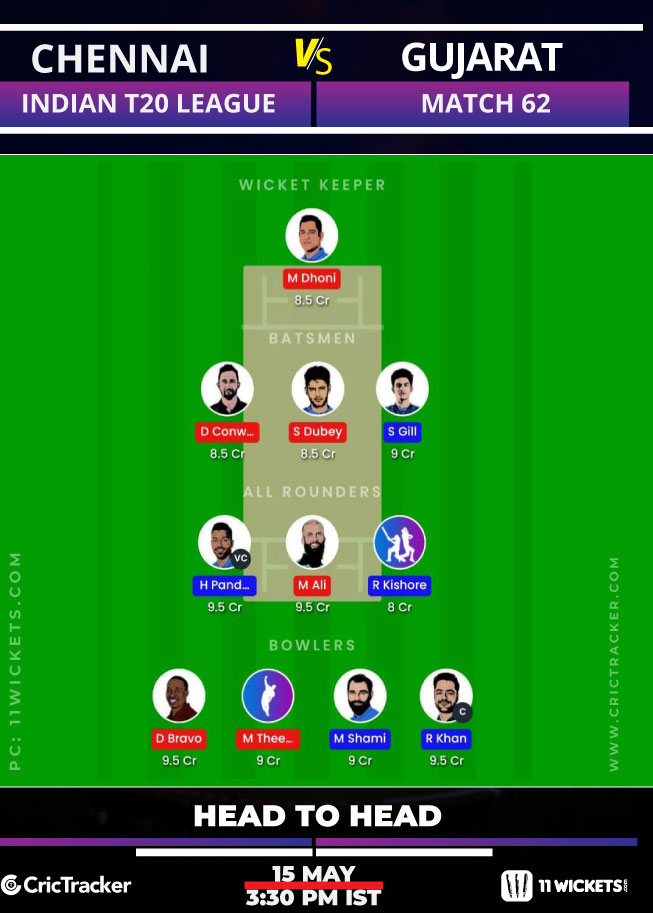 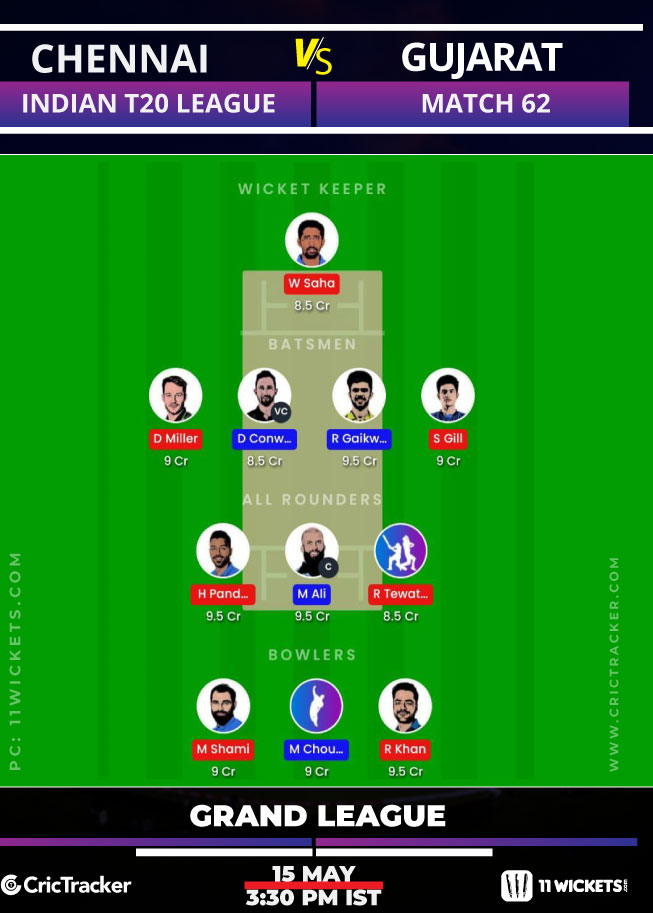