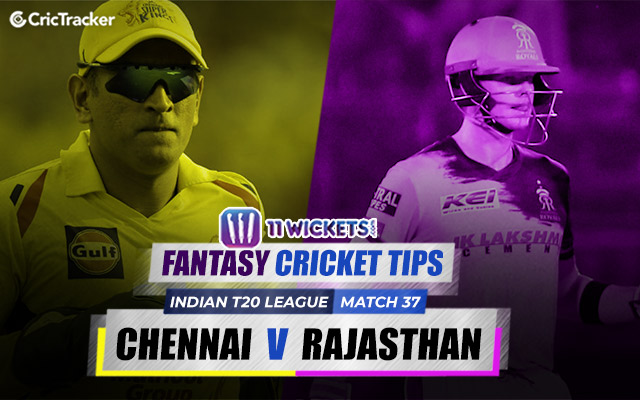 The 37th match of the Indian T20 League 2020 will be played between Chennai and Rajasthan at the Sheikh Zayed Stadium in Abu Dhabi.

A closely contested game of cricket is set to be played on Monday, when the two equally matched teams, Chennai and Rajasthan will face each other for the second time in this tournament. At this stage, every game holds more importance than any other game in the past, as the tournament is inching towards the playoffs. So, a win or a loss at this stage could have a big impact on which team gets through to the playoffs.

In the last match that these two teams played in, Rajasthan managed to get the upper hand, defeating Chennai by a 16-run margin. Things have changed a lot since then and several problems have plagued both the camps. So, as stated earlier, this match would holds great importance for both teams going forward. And, they would be looking to give more than 100 per cent to win this game and add another 2 points to their tally.

Monday will bring along clear skies, no rainfall and temperatures hovering around the 33 degree Celsius mark, making it a good day for an uninterrupted game of cricket.

The pitch at the Sheikh Zayed Stadium will be batsmen friendly throughout the match. The only time the bowlers would get some help would be the second innings, where their performance will be the one deciding the course of the match.

Dwayne Bravo has sustained a groin injury and might miss next few matches.

IPL 2020: Sanju Samson explains the reason behind his 'biceps' celebration

Rahul Tewatia (8.5 credits) – Rahul Tewatia has played in 9 matches, and has a total of 222 runs and 6 wickets to his name so far.

Sam Curran (8.5 credits) – Sam Curran has made contributions to his team’s campaign with both the bat and the ball, having scored 99 runs and taken 10 wickets in the 9 matches he has played in.

Shardul Thakur (8.5 credits) – Shardul Thakur is the second-highest wicket-taker for Chennai in this tournament so far with 9 wickets to his name in just the 6 matches he has played in. 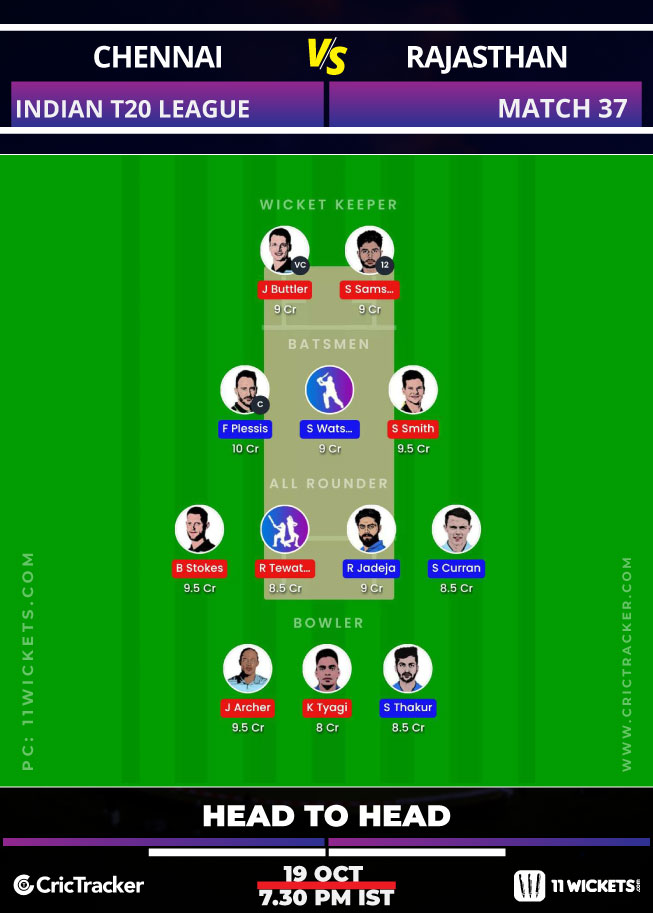 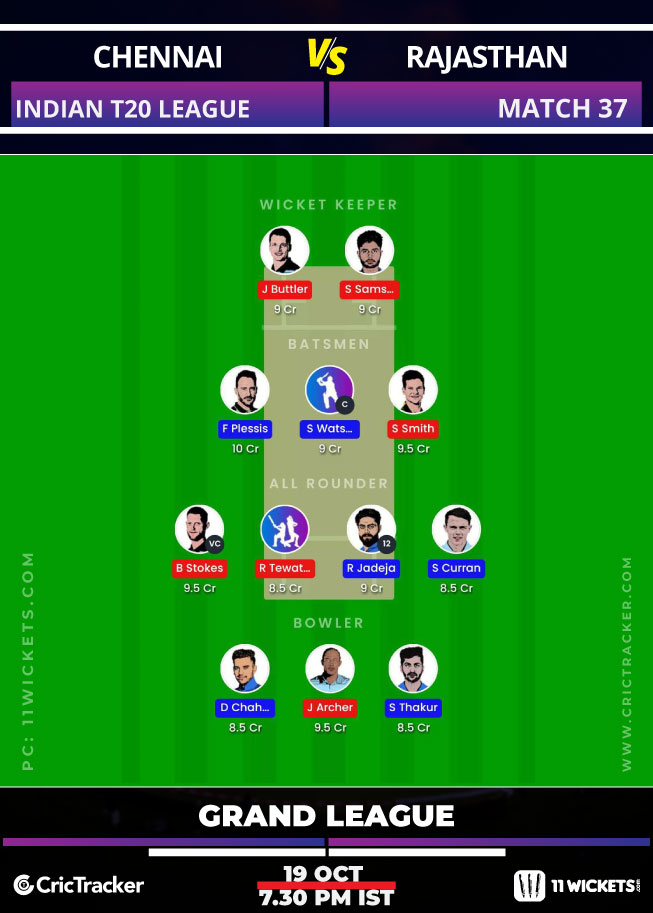 Given the form that they are in, it would be wise to pick in as many as 4 all-rounders in your fantasy team for this match. And, for the 4th all-rounder, you can go with Ravindra Jadeja, who promises to give great returns for any investment you make on him.