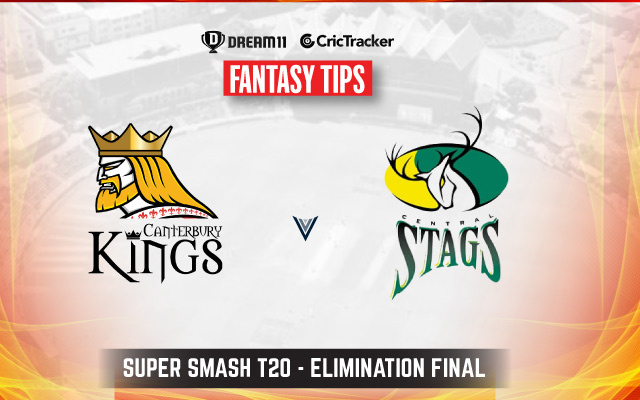 The Preliminary Final of the Super Smash T20 2020-21 will be played between Canterbury Kings and Central Stags on 11th February, at the Eden Park Outer Oval in Auckland.

This match is scheduled to start at 04:30 AM IST and will be streamed live on FanCode.

It is a thrilling Thursday when we will get our second finalist of the season. Canterbury Kings and Central Stags will lock horns against each other in the Preliminary Final of the Super Smash. Central Stags have momentum with them having won their last match against the same team. They have won 6 out of 10 matches they played so far.

Canterbury Kings, on the other hand, fell short by 30 runs against Central Stags in their last match. They are losing momentum from the last couple of matches as they have only won 2 out of the last five matches they have played so far. Both teams will be looking forward to winning this match and book their spot for the finals.

The weather in Auckland on Thursday is not much suitable for the match. Scattered Showers are expected during the match time. The temperature will be hovering around the 21 Degrees Celsius range.

The track at Eden Park Outer Oval looks like a balanced wicket, which has something much more for batsmen as compared to bowlers. As we have seen, the last few matches at this venue were high scoring.

188 (Out of the last four matches played at this venue)

Daryl Mitchell has been in brilliant form with both bat and ball. He has scored 251 runs at an average of 32 and also picked up 8 wickets in eight matches he played for his team.

Cam Fletcher was in decent form with the bat in the last match. He scored 39 runs off 21 balls but his knock went in vain as his team can’t get over the line.

Matt Henry is currently the best bowler for Canterbury Kings in this season. He has scalped 12 wickets at an economy of 8 runs per over in nine matches he played for his team.

George Worker is the second-highest run-scorer of the tournament so far. He has scored 420 runs at a brilliant strike-rate of 140 in his ten outings.

Blair Tickner has been in brilliant form with the ball this season. He is currently the highest wicket-taker of the tournament. He has picked 15 wickets in nine matches at an economy rate of 8.1 runs per over.

Ross Taylor scored a match-winning 65 runs off just 36 deliveries in the last match against the same team. He can be a crucial pick in this match also.

Doug Bracewell is in brilliant form with both bat and ball in this season so far. He has scored 210 runs at an average of 52.50 and also picked up 10 wickets in 10 matches. 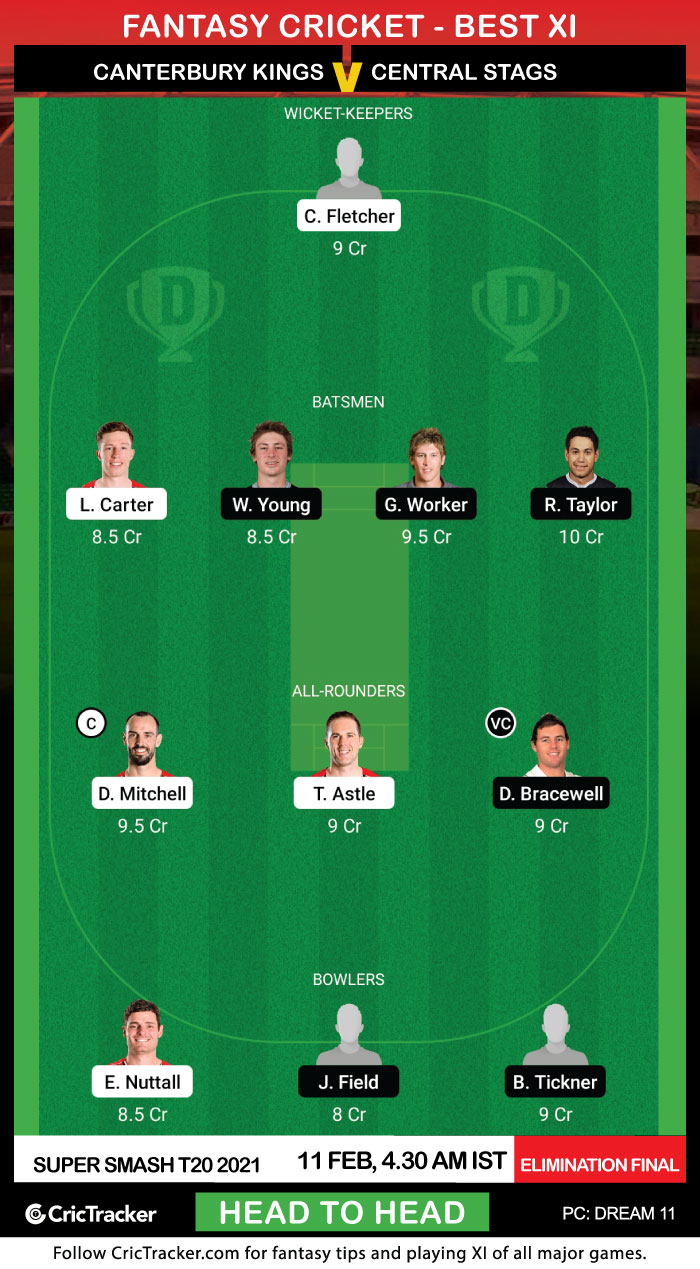 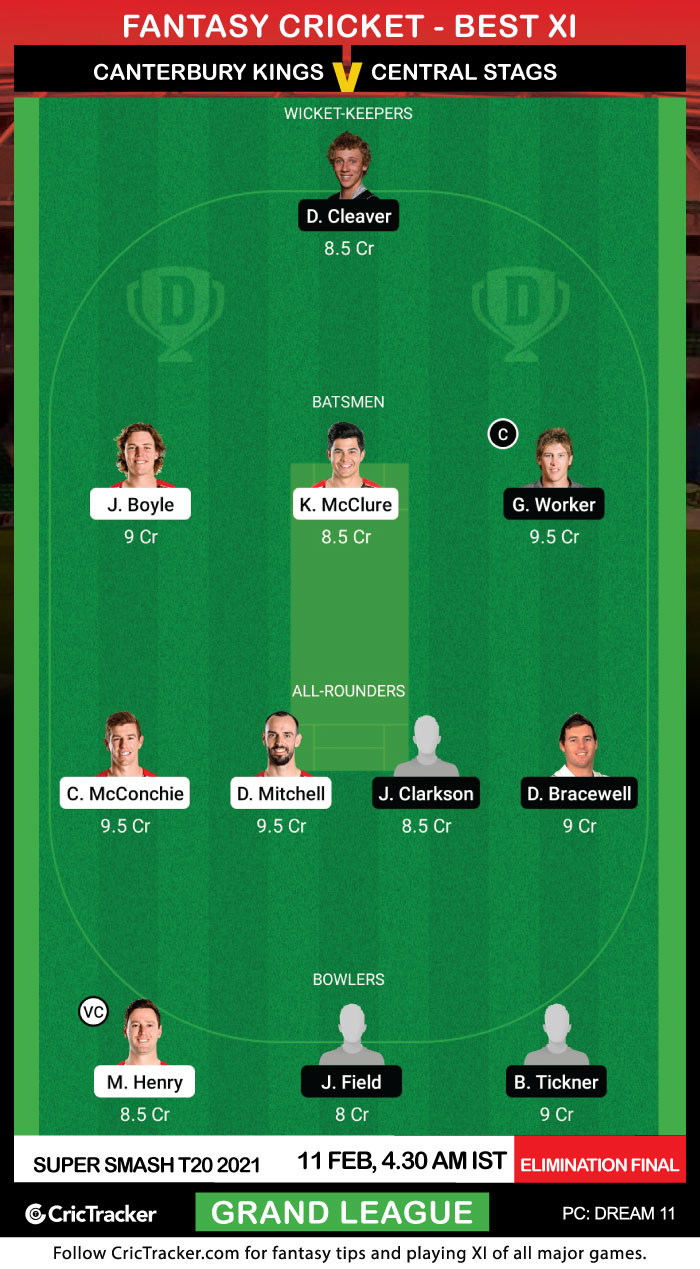 It is advisable to pick Blair Tickner as a vice-captain in any one of your Dream11 Fantasy teams. He has the ability to pick up wickets at regular intervals and can earn you a lot of points.