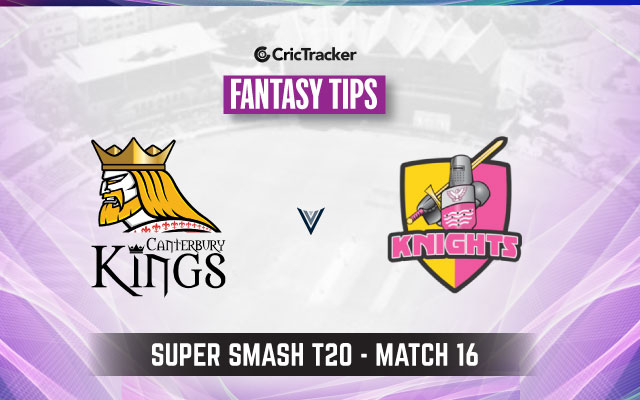 The 16th match of the Super Smash 2010-21 will be played between the Canterbury Kings and Northern Knights at the Hagley Oval, Christchurch.

The 16th match of the Super Smash will see the Canterbury Kings and Northern Knights lock horns. The Kings have won and lost a game each at home and will be keen on gaining more points now. They are currently placed at the third position in the points table. The Knights are struggling having lost four matches and they will be keen turning around their season now.

CKI vs NOR Weather Report for Match 16:

It is likely to be cloudy but there is no chance of rain. Humidity will be high while the temperature will hover around 20 Degrees.

It is a good wicket to bat on but it will get slow in the second half which makes chasing a bit tough. Team winning the toss should look to bat first.

CKI vs NOR Top Picks for Today’s 11Wickets Match:

Chad Bowes has scored 120 runs in four matches at an average of 40 and a strike-rat of 164.38 while Daryl Mitchell has mustered 84 runs in two outings at an SR of 137.70 and has also accounted for three wickets. Anton Devcich has amassed 168 runs in five outings at an SR of 175. Tim Seifert is the top run-getter for Northern Knights with 206 runs to his name at an average of 41.20.

'When he comes home, I will kiss where he is hurt' - Cheteshwar Pujara's daughter has cutest remedy for his injuries

Suggested Playing XI No.1 for CKI vs NOR 11Wickets Fantasy Cricket: 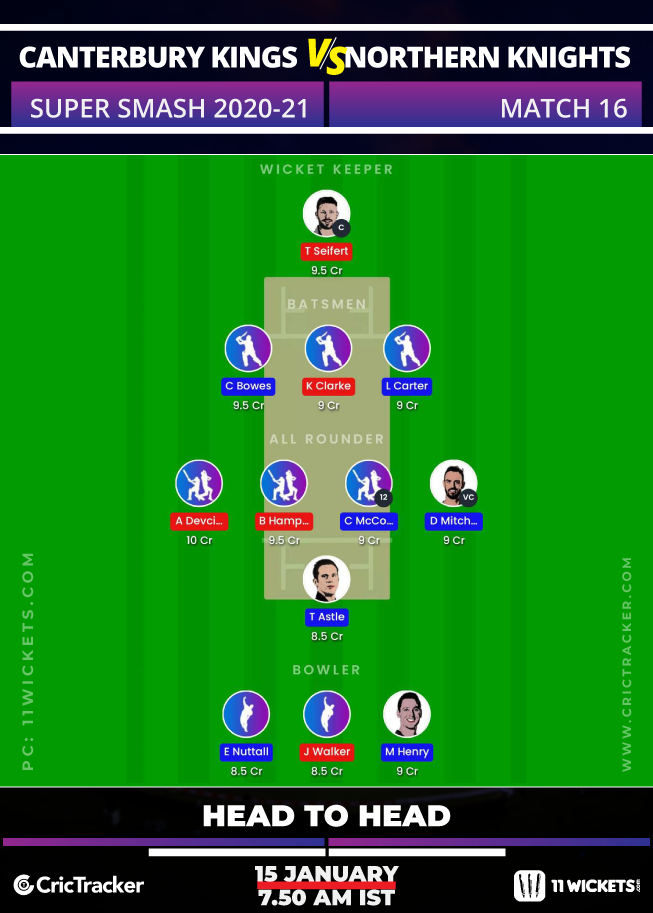 Suggested Playing XI No.2 for CKI vs NOR 11Wickets Fantasy Cricket: 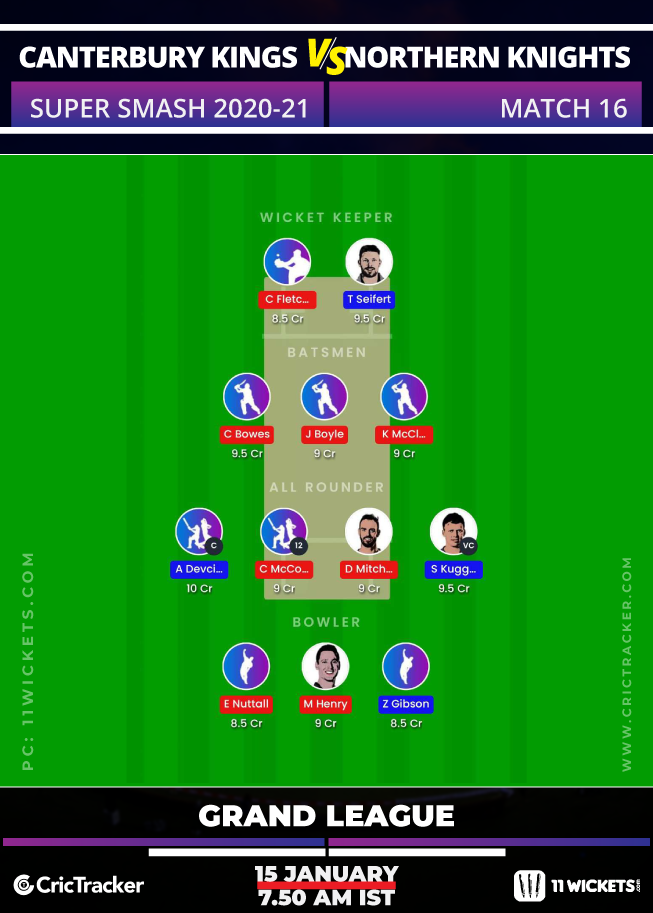 It would be wise to pick more all-rounders in the Fantasy team as all of them are very good in all the aspects of the game.

Today’s CKI vs NOR Probable Winners: