Heading into this match both sides will aim to get to winning ways.

Canterbury Kings and Otago Volts will lock horns with each other for the Match 13 of the New Zealand Men’s T20. Both the teams enter this contest after having lost their previous matches. The former could manage to post the target of just 108 runs which the opposition chased down to secure victory in the last match.

Otago Volts on the other hand were wrapped up at just 127 whilst chasing a total of 180 runs against Central Districts. The team has won just one game from the four they have played in the tournament so far. Heading into this match both sides will aim to get to winning ways.

The surface is expected to be a balanced one. On winning the toss, batting first can be a good alternative on this deck.

Henry Nicholls was the only batter who could provide some resistance and stability to Canterbury in the previous match. He added valuable 35 runs to the team’s account and will be determined to make a larger impact on the side.

Ed Nuttall scalped three wickets in the previous game against the Northern Districts. He is currently the highest wicket-taker of the tournament with 10 wickets to his account from four matches.

Neil Broom is one of the key players of the Otago and thus the team will pin a lot of hope on him to deliver for the side. Though he wasn’t at his absolute best in the previous game he will be determined to perform for the team. 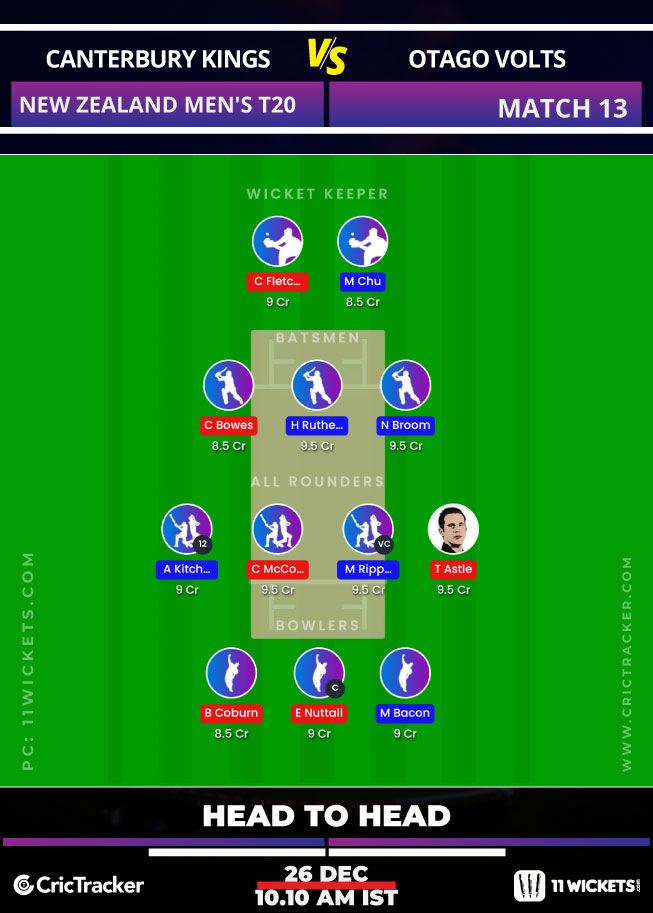 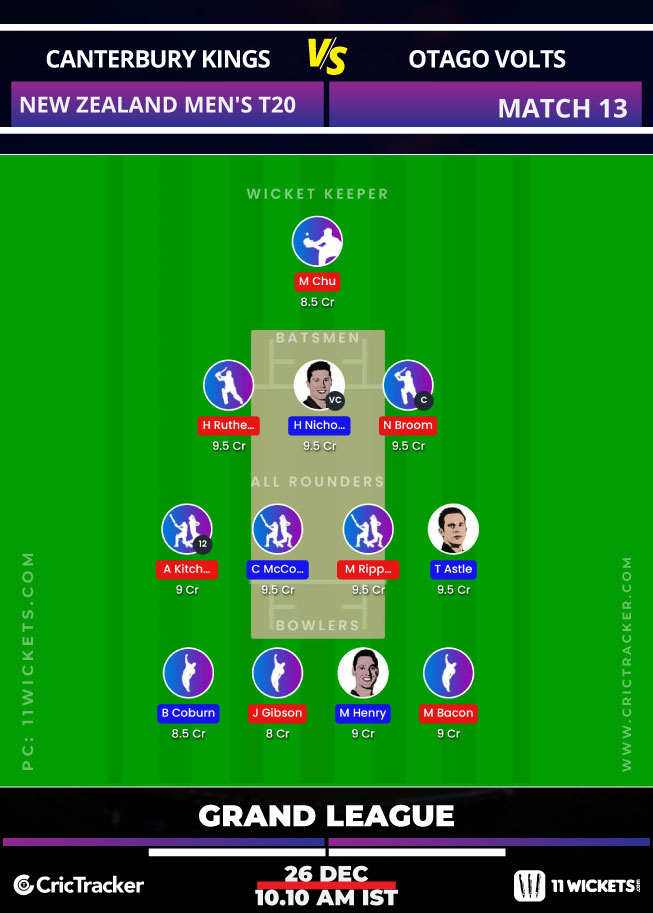