One dark horse can be Devon Conway. The opener got a start in the previous game but could not kick on and get a big score. Conway has been in decent form through the tournament and averages 35.75. 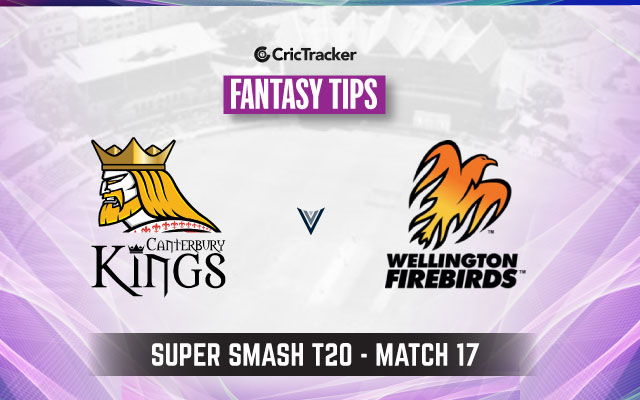 The 17th match of the Super Smash 2010-21 will be played between the Canterbury Kings and Wellington Firebirds at the Hagley Oval, Christchurch.

In their previous encounter against the Otago Volts, the Firebirds cantered home with 5 wickets and 21 balls to spare. The Volts batted first and scored 167 in their allotted 20 overs. In reply, Finn Allen turned the match into a no contest, scoring a murderous 92, at a strike rate of 213.95.

On the other hand, the Canterbury outfit has won their last two encounters. In their previous match against the Northern Districts, the Canterbury side made light work of a modest target of 151, winning the game with 6 wickets to spare. Daryll Mitchell and skipper Cole McConchie were the star performers with the willow for the Canterbury Kings. While Mitchell scored a 47 ball 69, McConchie scored a sedate 56, as the duo were involved in a match-winning partnership of 133 runs for the fifth wicket.

The weather in Christchurch is expected to hover around 21-degree Celsius, and there is no chance of rain for tomorrow’s game.

The pitch will offer something for both the batsmen as well as the bowlers. The key from a batting perspective would be to spend some time in the middle. Once set, the batsmen can cut loose.

The average first innings score in the three matches played at Christchurch is 163.

The teams chasing have won 1 out of the 3 games played at this venue.

No available update as of now

Finn Allen has just been unstoppable in this tournament. The right-handed opening batsman pulverized the Otago bowling attack in the previous game. In a knock embellished with 8 sixes and 5 fours, Alen singlehandedly helped his side to beat the Otago outfit. Allen is also the second-highest run-scorer in the Super Smash League. He has amassed 322 runs and has scored his runs at an average of 107.33 at a strike rate of 197.54.

Daryll Mitchell’s crucial 69 off just 47 balls helped the Canterbury side to beat the Northern Districts in their previous game. Coming in at 8/2, Mitchell’s timely helping hand allowed his side to cross the line. The right-hander has been in excellent form in this tournament thus far. Mitchell has played 3 innings and scored 153 runs at an average of 51.00, and a strike rate of 141.66. He will be the key for his side in the game against Wellington.

He is pacy and quick. And, if he can hit the right areas, then the batsmen will surely not be comfortable. Matt Henry has racked up impressive numbers in this edition of the Super Smash League. The right arm pacer has scalped 7 wickets in the 4 games that he has played thus far, and has taken his wickets at an impressive strike rate of just 13.4. He is indeed the strike bowler for the Canterbury side, and if he can come good, Wellington will have some jitters in their camp.

James Neesham is another man to watch out for. The right-arm pacer’s numbers in this edition of the Super League make for stunning reading. In the 4 matches that he has played, Neesham has scalped 8 wickets at an economy rate of under 7(6.66). His average is also a mind-boggling 12.50 with the ball this season. Neesam is indeed Wellington’s trump card as far as the ball is concerned. 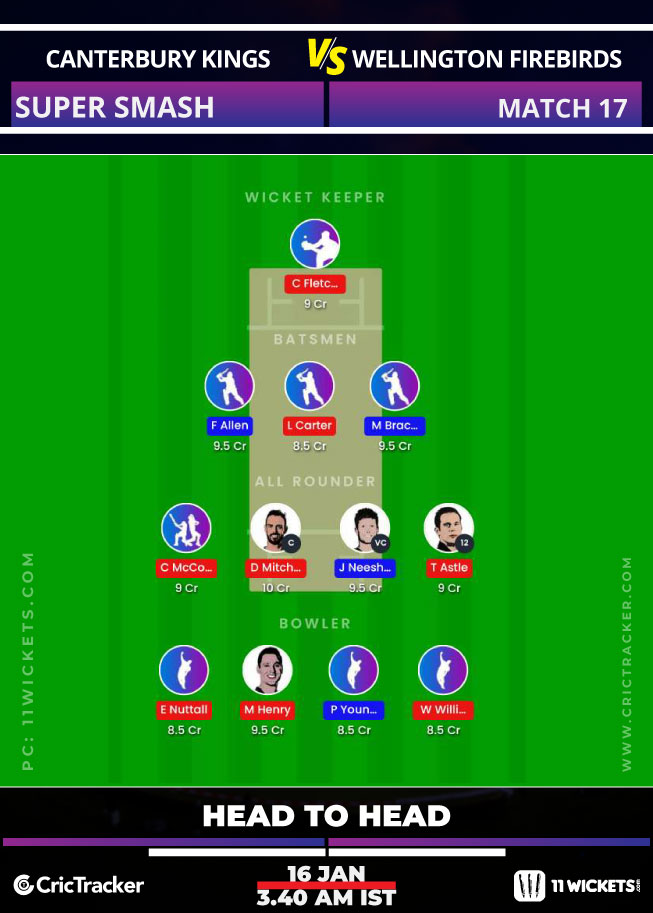 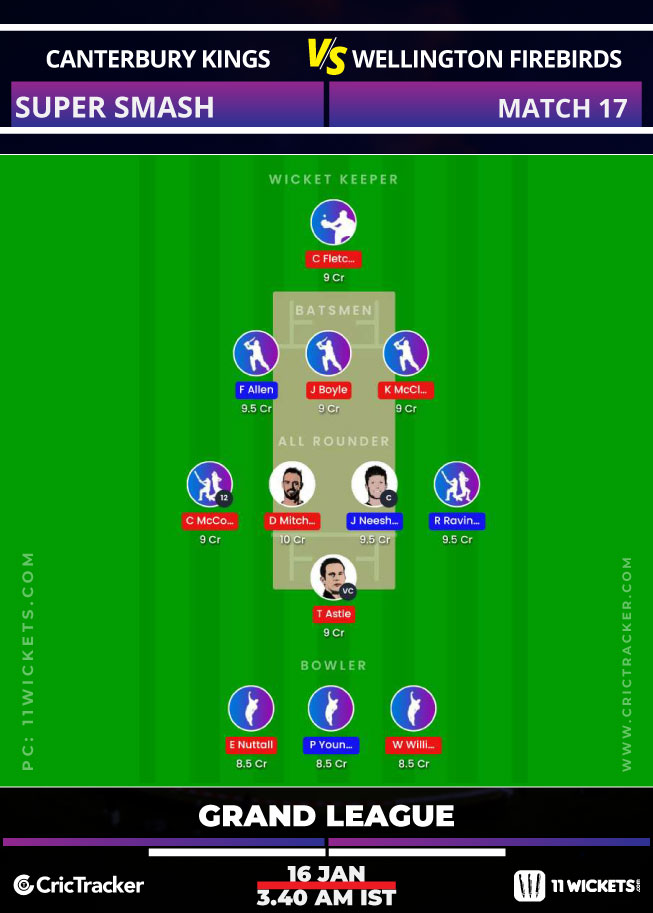 One dark horse can be Devon Conway. The opener got a start in the previous game but could not kick on and get a big score. Conway has been in decent form through the tournament and averages 35.75.

Between the two topsides, it is quite difficult to choose the winner. But, expect the Canterbury Kings to come out on top and end Wellington’s unbeaten run in the tournament.