Ramesh Satheesan is a good pick for captaincy.

Cluj CC will take on United in the 5th and 6th match of ECS Romania T10 2021. Moara Vlasiei Cricket Ground in Bucharest will host the contests between the two sides on Tuesday (July 13).

United kick-started the tournament on a grand note, defeating Bucharest Gladiators in their first two clashes. They walked away with a 64-run triumph in the first game, while the second match saw them winning by 47 runs. United will certainly take the field as favourites in the upcoming fixture and it would be interesting to see how far their winning streak goes.

On the other hand, Cluj CC are yet to play a game in this competition and they would like to make a winning start. Notably, they finished at the third place last season and would like to go a couple of steps further this time around. Vasu Saini and Sivakumar Periyalwar are the men to watch out for from the Cluj CC camp.

Captaincy Picks for CLC vs UCC:

The dashing opener played a fiery knock in the season opener and he won’t mind replicating his heroics. Satheesan went after the bowlers from the outset and scored runs all over the park. In total, he scored 88 runs off 35 deliveries as United posted a mammoth total of 143/5. Hence, Cluj CC bowlers must be aware of him.

Another United player who can shine in this contest is Syed Ali Zain. The fast bowler was brilliant in the first two games as he didn’t allow the bowlers to breathe easily. He didn’t concede many runs and took wickets regularly as well. He has so far taken three wickets in two games. 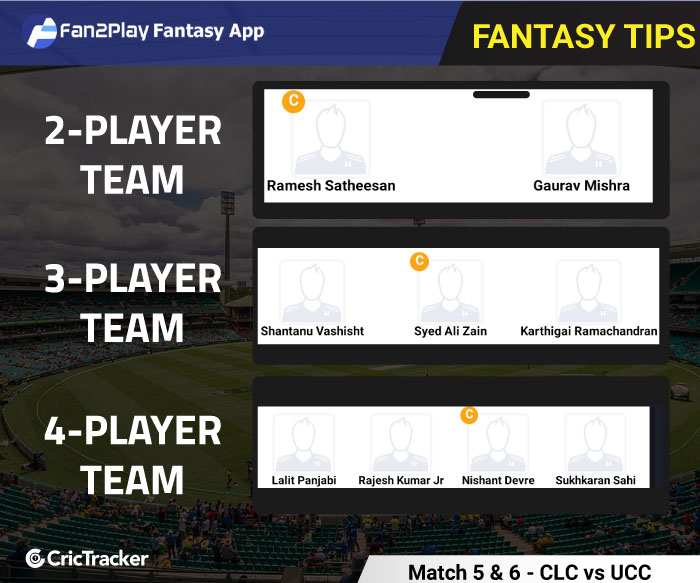