An all-rounder’s game will be on the cards since both teams have some exceptional players that can contribute with both bat and ball.

The 14th match of the Women’s Super Smash will be played between Canterbury Magicians & Auckland Hearts at the Hagley Oval, Christchurch.

The match is scheduled to start at 8:10 AM IST and will be streamed live on FanCode.

The last time these two teams played, the match, unfortunately, got abandoned with only an over bowled. The Magicians and Hearts both have looked good in the tournament after registering consistent wins in their previous matches. So this encounter is expected to be a nail-biter.

Magicians have been undefeated while Auckland have only been beaten once and that too by table-toppers Wellington Blazers.

Typical overcast conditions that have favored the bowlers here in the tournament so far will be there today as well. 10% chances of rain with temperatures around 16 degrees coupled with some wind and humidity are expected to come into play at Hagley Park.

A balanced track, so to say but it has favoured the bowlers thus far in the 1st innings in particular. So win the toss & bowl first would be the go-to word for both Captains.

Frankie Mackay delivered an all-round performance to remember in the game against Central Hinds where she led from the front and took 4 wickets along with a match-winning 48 off 33.

Anna Peterson has delivered back to back match-winning knocks of 41 and a quickfire 68 off 50 in her previous 2 games so she will be looking to give the Hearts a solid start.

Arlene Kelly has taken an unreal 7 wickets in the past 2 games in the tournament. She would love to rattle down the Magicians’ batting order this time around as well.

Amy Satterthwaite has been looking good in the tournament as she played a vital finishing knock in the previous game on this very ground. Accustomed now to the conditions, she would love to capitalize on her solid starts in this game too. 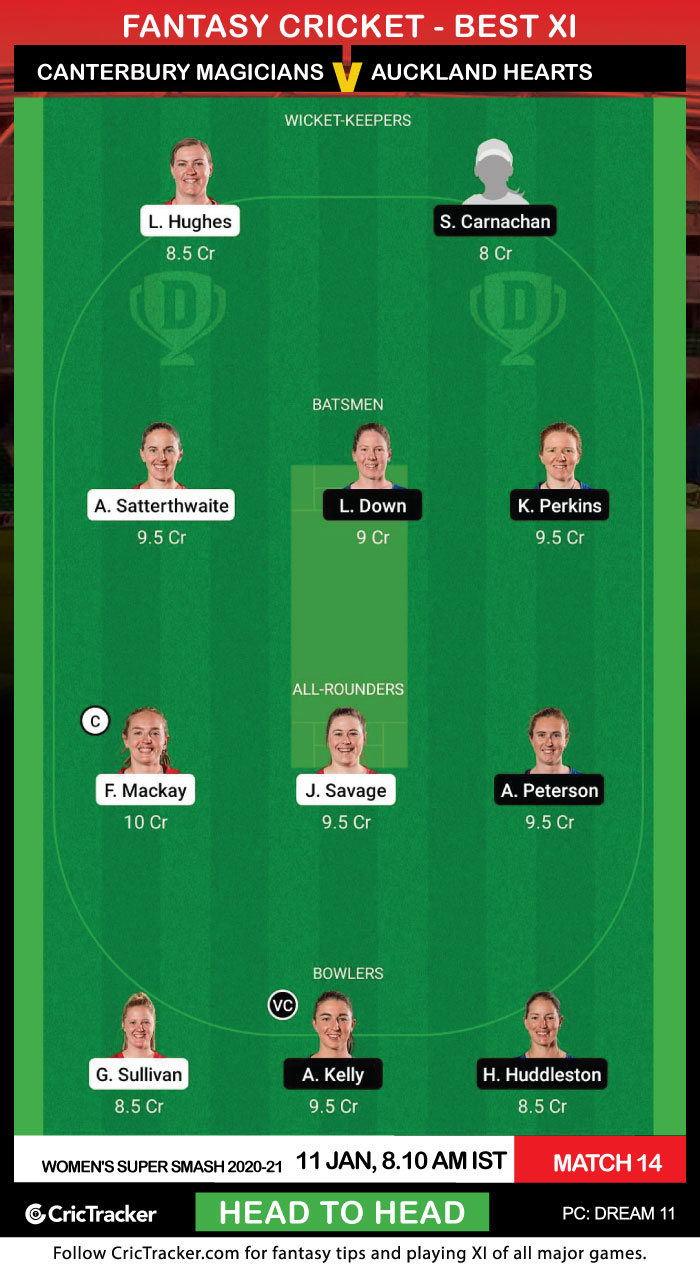 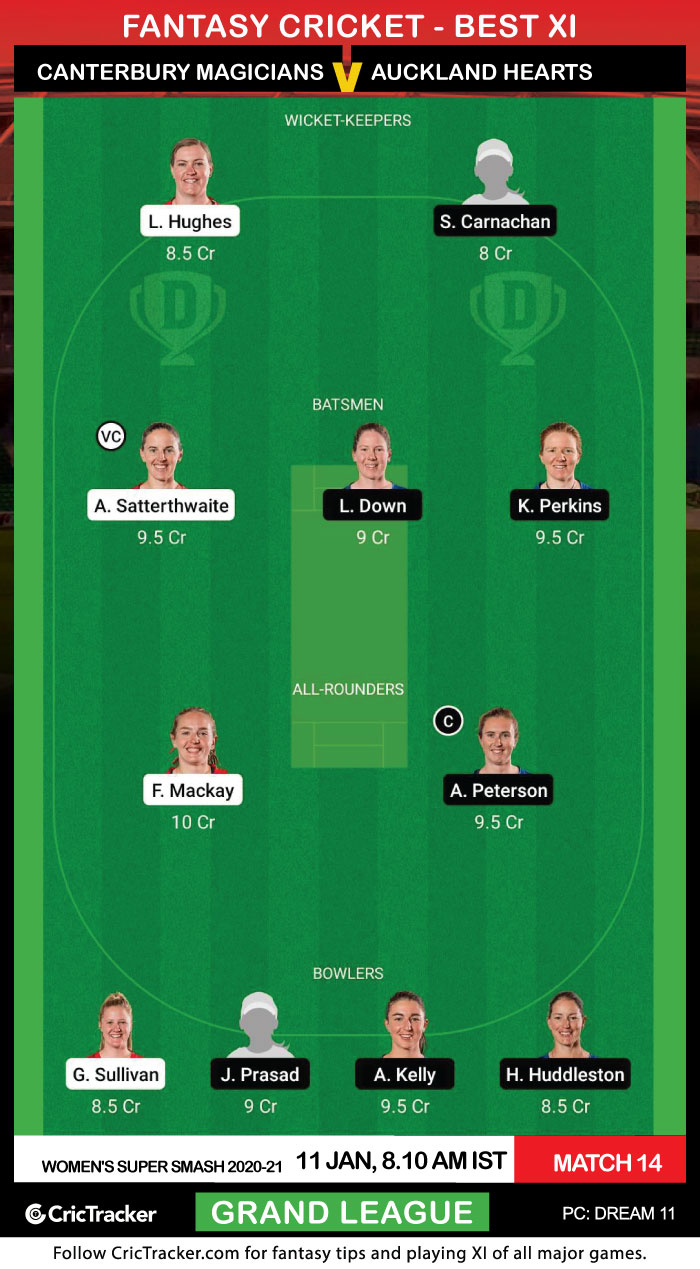 Both teams have exceptional all-rounders, so choose more players from the team that bowls first as this is going to be a very evenly balanced competition.