World class all-rounders from both teams will combat against each other to help their sides go one-up.

The 16th match of the 16th edition of the Women’s Super Smash will be played between Canterbury Magicians & Northern Spirits at the Hagley Oval, Christchurch on January 15th, Friday.

It’s the clash between the teams at number 3 and number 4 in a tournament that is just getting spicier and spicier. Northern Spirits started as an invincible team but then were smashed by Otago and Wellington. Coming into this game after a victory will help their confidence. On the other hand, Canterbury have been defeated a fortnight ago by Auckland, so they would be looking to bounce back.

Partly cloudy- partly sunny conditions with the temperature hovering around the 22 degrees mark. Humidity will be close to 74% under typical Kiwi conditions of the wind blowing from both directions with absolutely no chances of rain. Overcast conditions will help the fast bowlers with some movement off the seam.

It’s a track that loves the pacers and has seen an overall average score of only 119. Win toss and bowl first would be the decision of the toss-winning Captain.

Amy Satterthwaite has been one player at the top of her game in the tournament so far with some exceptional performance so do not miss her out from your fantasy teams.

Brooke Halliday has an average score of 43 on this venue with a strike rate of 116 so she will lead the Spirits from the front in this all-important encounter.

Frankie Mackay has been one of the best all-rounders so far in the Women’s Super Smash and with her wicket-taking abilities, the Canterbury Captain would like to rattle the batting order of the Spirits.

Sreesanth reveals the reason behind his 369 Jersey

Jacinta Savage has this unbelievable knack of picking up wickets so she will be vital for the chances of Canterbury in this game. She has picked an average of 1.4 wickets per game in this tournament.

Felicity Layden-Davis has been another player who has proved to be a value pick since she is only worth 8.5 credits but her fantasy points in the last few games have been 4, 40, 73, 110 and 13. 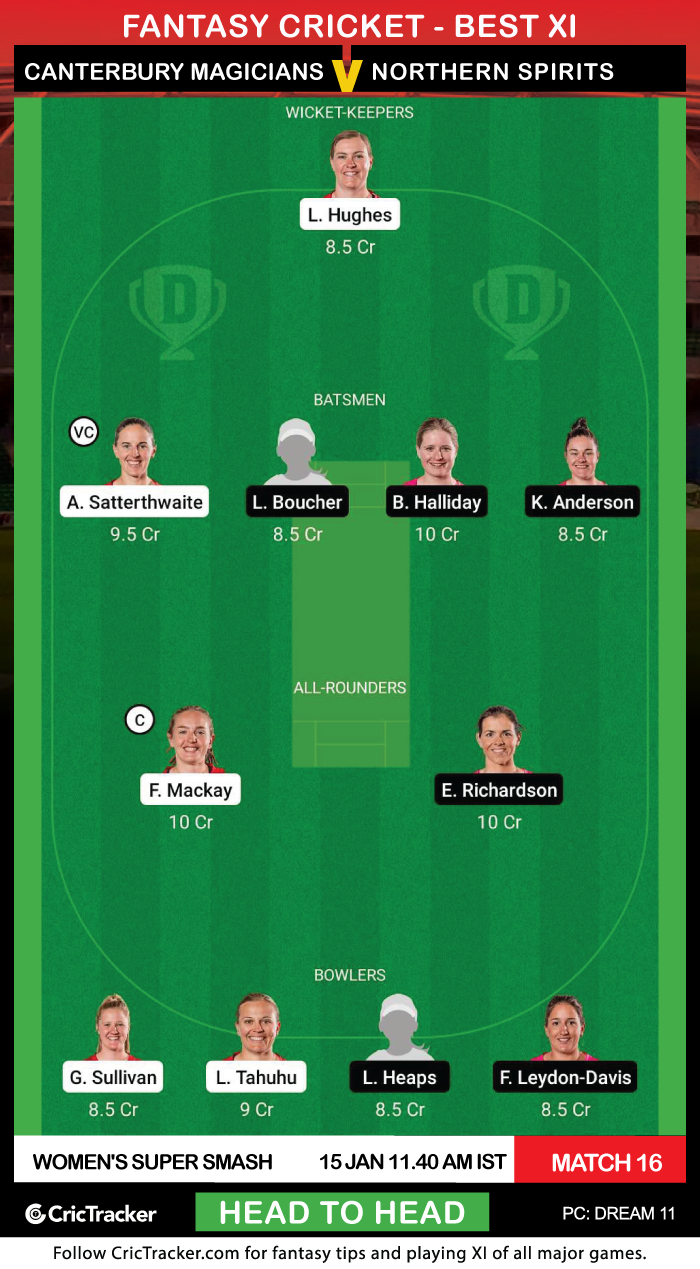 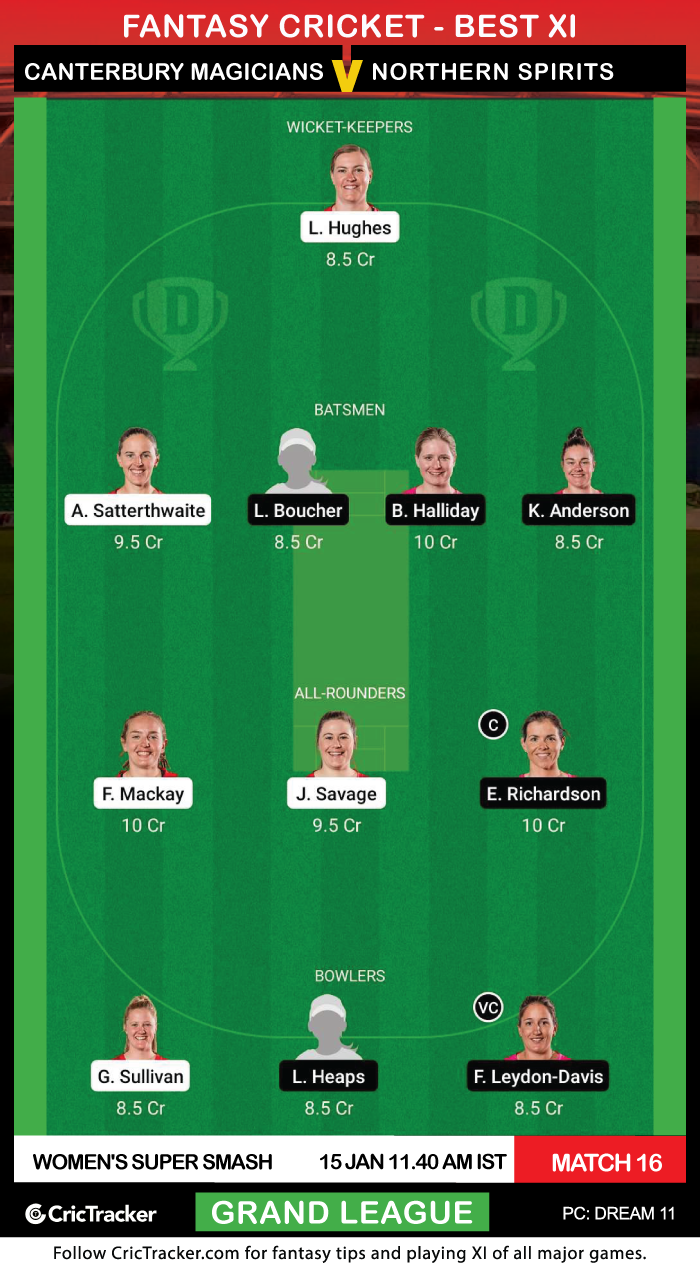 It would be better to pick more pacers from the team bowling first. So keep an eye on the toss.