Alick Athanaze will be an excellent captaincy pick.

Match number 6 of the Spice Isle T10 tournament will see the Cinnamon Pacers going toe-to-toe with the Bay Leaf Blasters. This match will be played at the National Cricket Stadium in Grenada.

This match will start at 11:30 PM IST and will be streamed live on FanCode.

The fourth-placed Cinnamon Pacers will lock horns against the 5th placed Bay Leaf Blasters side. Both these teams have lost their opening matches in the tournament and will be looking to reverse their fortunes and record a win.

The Cinnamon Pacers were pummeled by the Nutmeg Warriors by 10 wickets in their opening encounter while the Bay Leaf Blasters went down to the Ginger Generals by 16 runs.

Captaincy Picks for CP vs BLB

Alick Athanaze destroyed the Nutmeg Warriors’ bowling attack and scored a ravishing 66 at a whopping strike rate of 235. Athanaze is a match-winner for his side and will once again look to contribute some vital runs at the top of the order.

Leon Chichester scored a brisk 17-ball 29 for the Bay Leaf Blasters in their loss to the Ginger Generals. He will be the man on whom the Blasters will pin their hopes on when they take the field against the Cinnamon Pacers. 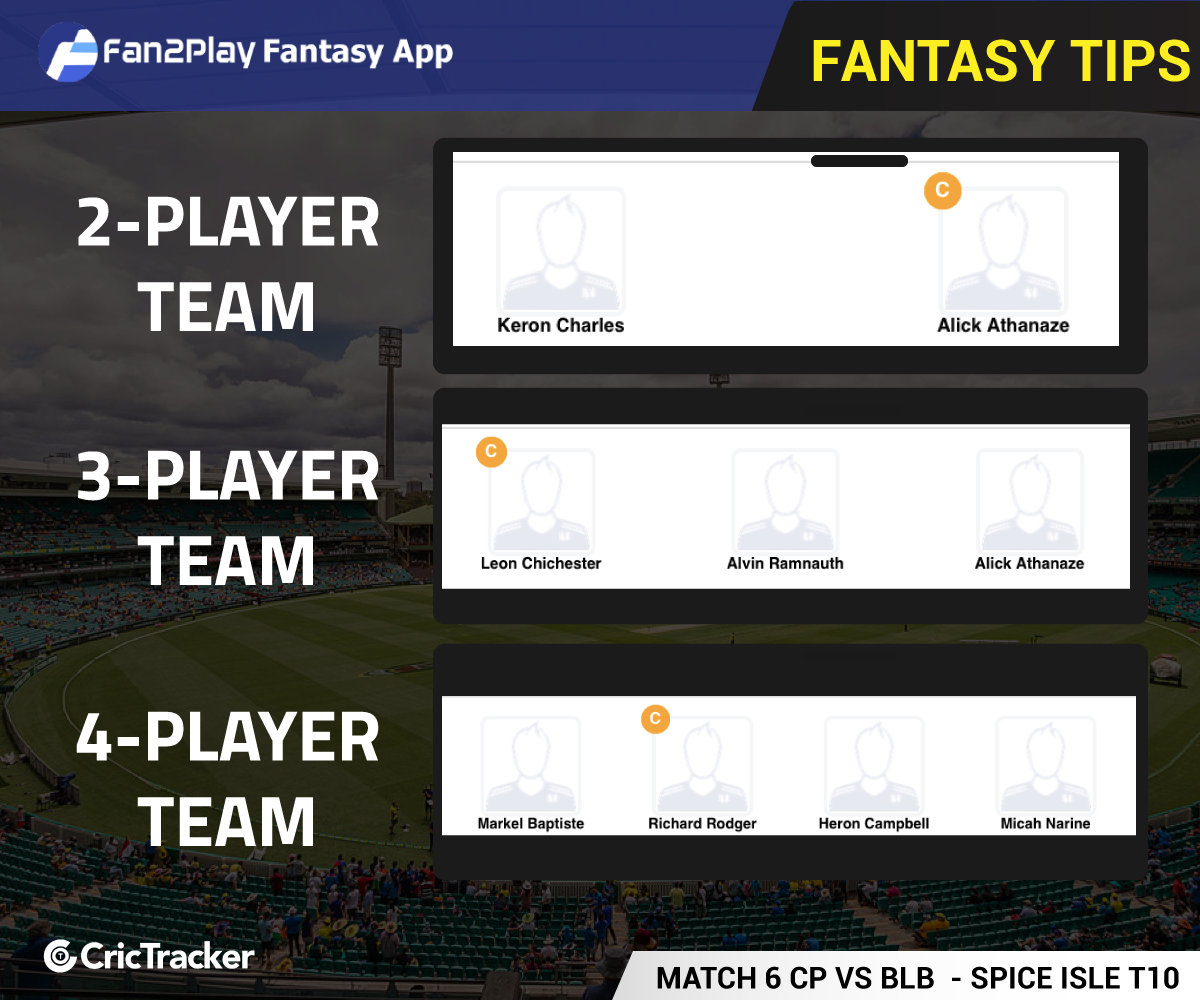 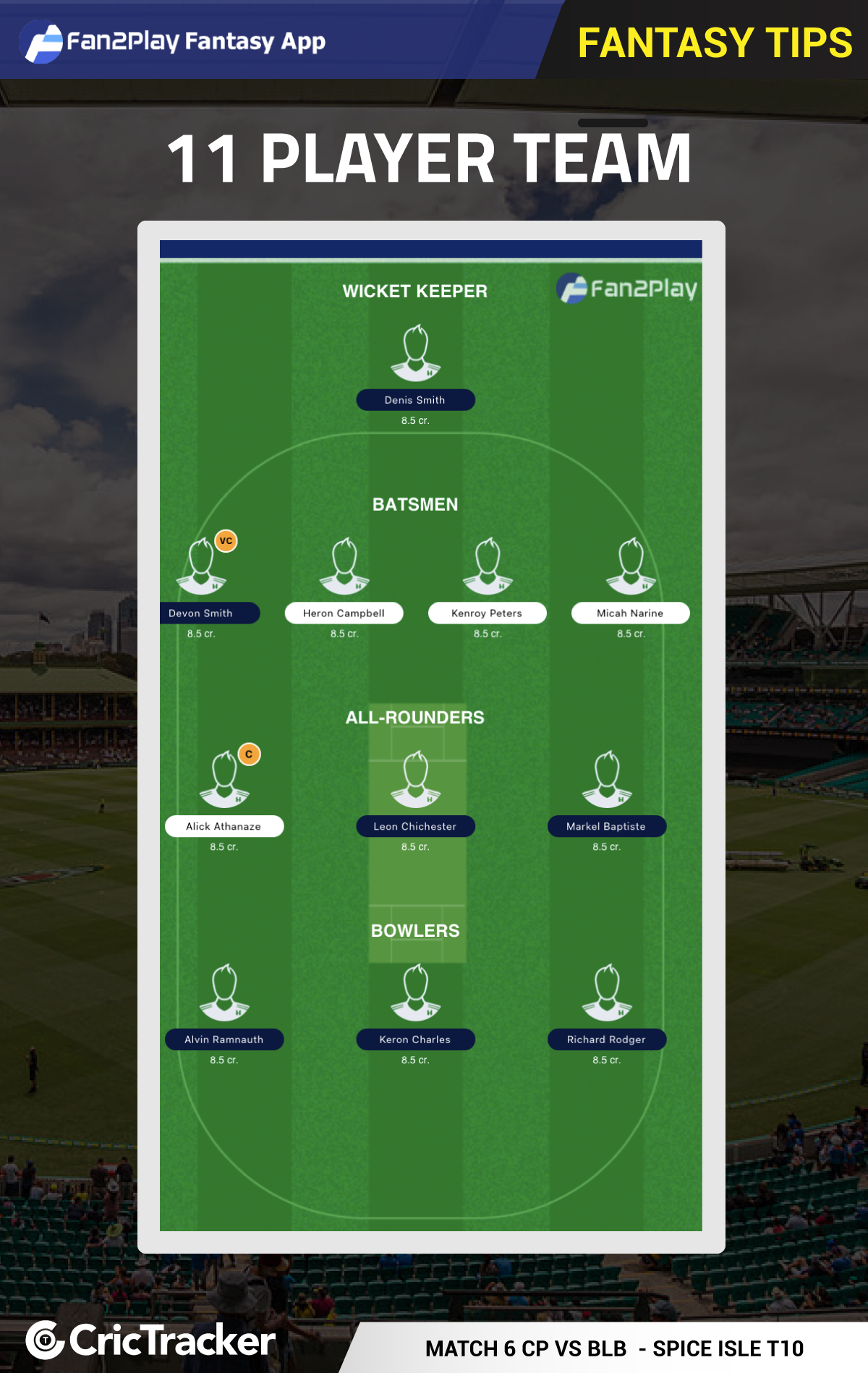