The Ginger Generals will battle against the Cinnamon Pacers in the 32nd match of the Spice Isle T10 League. This match will be held at the National Cricket Stadium in Grenada.

This match will start at 09:30 PM IST and will be streamed live on FanCode.

The Cinnamon Pacers have had an excellent run in the Spice Isle T10 tournament thus far. They have won 6 out of their 10 matches and are stationed at 2nd place in the points table.

The Ginger Generals have only won 4 out of the 10 matches that they have featured in and are placed at the 3rd position. While the Ginger Generals lost to the Saffron Strikers in their previous encounter, the Cinnamon Pacers thrashed the Clove Challengers by 22 runs.

Roland Cato scored a quickfire 21-ball 34 at the top of the order in the match against the Cinnamon Pacers on 8th June 2021. He has been in good form in this tournament and will once again hold the key for his side.

Alick Athanaze blazed away to a murderous 74 at a strike rate of 284 at the top of the order for the Cinnamon Pacers in their match against the Clove Challengers. 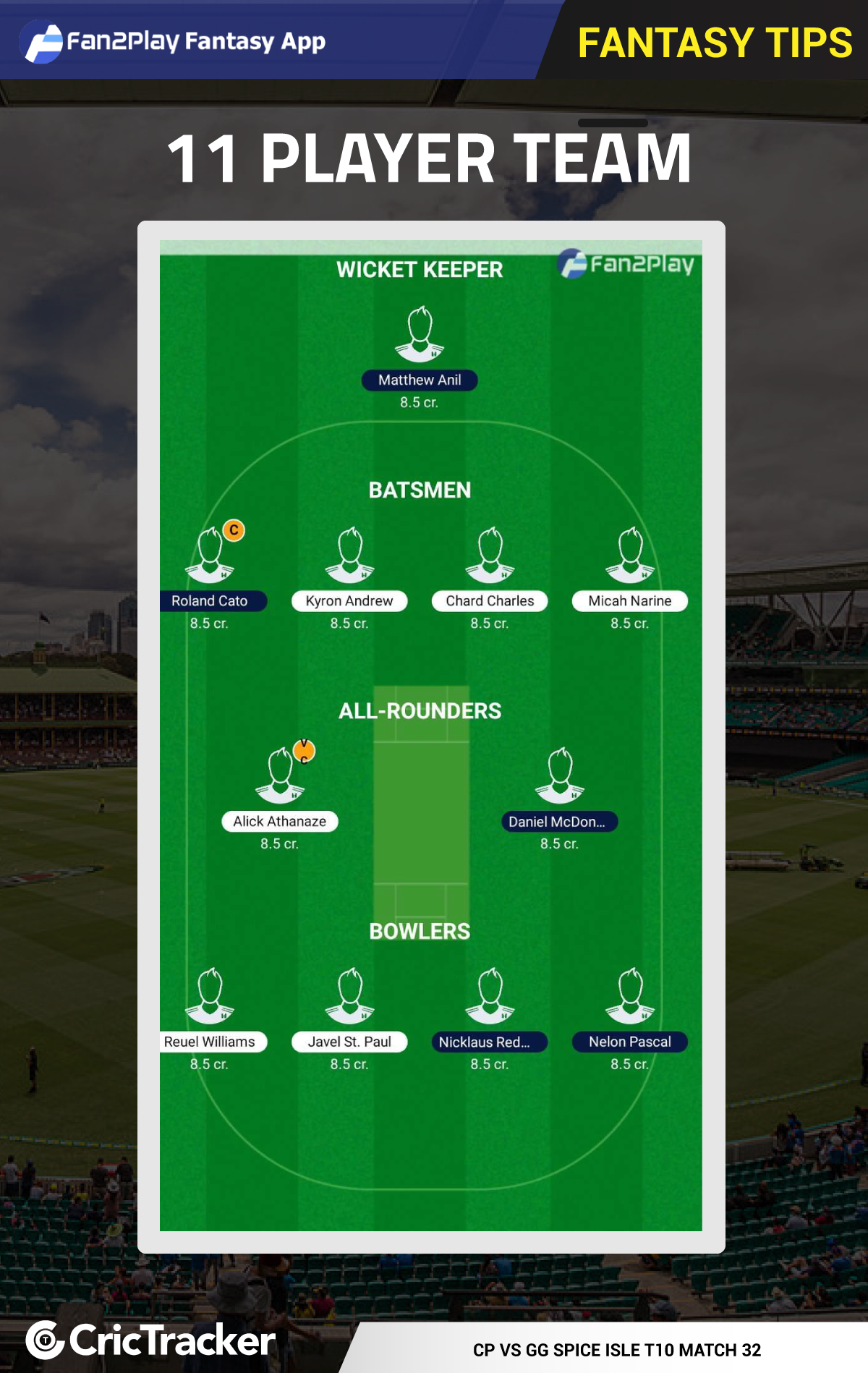