Jermaine Blackwood has come in as a cover for Andre Russell, who’s yet to recover after the blow on the head.

The Guyana Amazon Warriors are on a rampage in this edition’s CPL. The team, captained by Shoaib Malik, has won all their four matches and are sitting pretty on top of the points table. Even more than their batting, it’s their bowling that has stepped up. They last defeated the St Kitts and Nevis Patriots by seven wickets at the Warner Park, Basseterre, and must be oozing with confidence.

The Warriors are next scheduled to lock horns with the Jamaica Tallawahs at the Sabina Park. Jamaica, on the other hand, has been marred by injuries to a few of their key players. The team lost four games in a row, but managed to make a comeback, beating the Barbados Tridents at home. On head to head, Guyana lead Jamaica by 9-7 with Guyana winning three out of five away games.

After a few high-scoring affairs at the Sabina Park, last time around, a low-scoring game took place. But it was a day-game where the spinners got significant assistance. Under the floodlights, the pitch may not be as helpful for the tweakers. The dew won’t make bowling any easier. The temperature will be around the 27 degrees Celsius mark with the humidity in the 80s.

Jermaine Blackwood has come in as a cover for Andre Russell, who’s yet to recover after the blow on the head. Jade Dernbach was added to the squad in place of Kennar Lewis, who has missed out due to personal reasons. Rovman Powell has been ruled out of the tournament and the experienced Dwayne Smith was called up as his replacement. Smith got a golden duck though versus the Tridents.

It goes without saying that the opening pair of Chris Gayle and Glenn Phillips have to be on top of its game with not so much firepower in the middle. Chadwick Walton’s role at number three will be crucial as well. Oshane Thomas was left out in the last game and it remains to be seen whether he returns or not. Zahir Khan also bowled well in the previous match, picking up three crucial wickets.

The Warriors’ bowling has arguably been the standout among all the teams. Shadab Khan left after the three matches, but that didn’t impact the team. Leg-spinners Imran Tahir and Qais Ahmed were exceptional in their first match. Tahir carried on from where he left last season, playing for the Warriors itself. Not to forget Chris Green, who has five wickets at an impressive economy of 7.46.

Romario Shepherd has seven wickets with a jaw-dropping economy of 5.60, which is stupendous bearing in mind that he bowls with the new ball and at the death. In the batting department, Chandrapaul Hemraj has given starts most times, having scored 138 at 34.50. The presence of Hetmyer, Pooran and Rutherford add firepower to their batting. Malik lends solidity to the lineup. 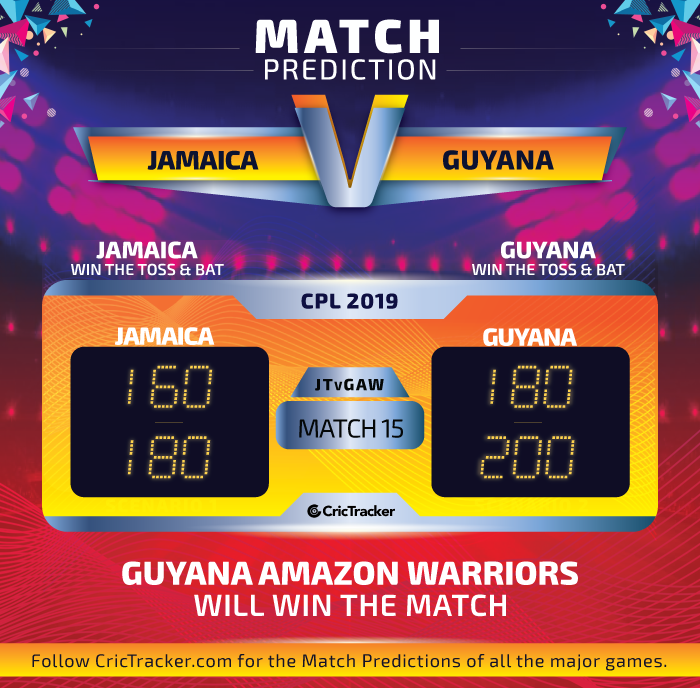