In their last meeting, the Warriors decimated the Tallawahs by 81 runs.

The first genuine dead-rubber of the CPL 2019 is set to take place. It’s a match between table-toppers Guyana Amazon Warriors and the cellar dwellers, Jamaica Tallawahs at the Providence Stadium. The hosts have been on a dream run, winning all their first eight matches. Even if they lose their last two matches, they are assured of a top of in the table by the end of the league stage.

Other than the Barbados Tridents, the Tallawahs haven’t defeated other opponent. Injuries to the likes of Andre Russell and Rovman Powell haven’t helped their cause either. The Warriors, on the other hand, haven’t put a foot wrong with a Net Run Rate of +1.570, showing their dominance in the T20 league. For the Tallawahs, they have nothing to lose and will wish to finish off on a positive note.

The venue will be hosting a match after 25 days. In the first three games, the track helped the spinners. It was also good for batting. The average score in those matches were around the 150-mark, which says that the next game may not be an overly high-scoring one. The team, batting first mostly got the advantage. There is no rain prediction with the temperature at 28 degrees Celsius.

The Warriors have been about consistency in both batting and bowling. Brandon King and Chandrapaul Hemraj, their leading run-scorers, have done exceptionally. The duo has mostly set the platform for the middle order. Shimron Hetmyer has 203 runs, but he is yet to come to his best. Skipper Shoaib Malik has the best average of 60 for them, having scored 180 runs in five innings.

Malik also is the most economical bowler with a rate of 5.50. Nicholas Pooran hasn’t gotten much chances to bat, showing how much authoritative their top-order has been. With the ball, Chris Green and Imran Tahir haven’t given any freebies, picking a combined tally off 22 wickets. Romario Shepherd has rarely been off his mark. Veteran fast bowler Ben Laughlin has also found his rhythm.

Only one Tallawahs’ player has shown some sort of consistency and that’s Glenn Phillips. The keeper has 353 runs at an average and strike-rate of 39.22 and 153.47 respectively. Gayle got 116 versus the Patriots, but scored only 127 runs in the rest of the eight innings. Walton has strained to get going as well, barring his two half-centuries. The batting lineup has undergone way too many changes.

Jamaica have also chopped and changed a lot in their bowling. Their pacers have been an absolute disaster and it’s the slow bowlers- Imran Khan, Ramaal Lewis and Zahir Khan– along with Dwayne Smith, who have been decent. Jerome Taylor has been shambolic and even Oshane Thomas has been taken to the cleaners. Shamar Springer has looked promising, but has an economy of 9.40. 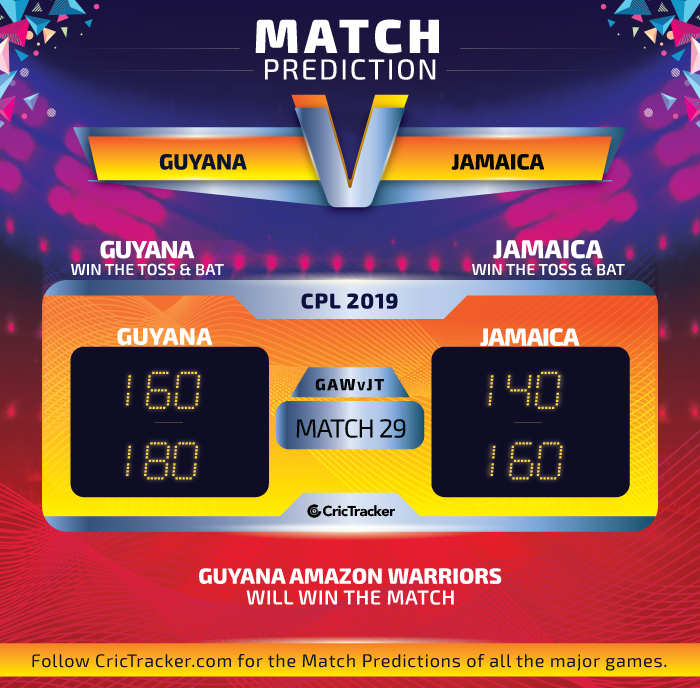