The Tridents are on a three-match losing-streak after their win over St Kitts and Nevis Patriots.

The Jamaica Tallawahs will lock horns with the Barbados Tridents in the 14th match of CPL 2020 on 26th August at the Queen’s Park Oval in Port of Spain.

The Tallawahs have not been in the best of form and have been able to register two wins in four games thus far. However, they did exceptionally well with the ball in their last encounter to restrict favorites Guyana Amazon Warriors to a trivial total of 108 before chasing the target down with a couple of overs to spare.

Opener Chadwick Walton, however, continued to disappoint as he had another failed outing. His partner Glenn Phillips made a decent contribution with the bat as did Jermaine Blackwood. The match was more about the bowlers than batsman as both Fidel Edwards and Mujeeb-ur-Rahman bagged 3 wickets, the latter being magnificent as he gave only 11 runs and bowled a maiden too. Andre Russell did not fire like the previous match though he contributed with the bat and ball both.

Barbados Tridents, on the other hand, have no rosy picture either as they have lost three out of their four league matches so far. Unlike their opponents, they are not coming into this match with a victory behind them as the bottom-placed St Kitts and Nevis Patriots defeated them by 6 wickets to register their first victory in this year’s edition.

The Tridents’ bowlers failed to take wickets on time and surrendered against the might of Evin Lewis whereas the batsmen failed to convert their starts into a bigger score after they gave a moderate target of 152 runs. Some runs from openers Johnson Charles and Shai Hope at the top of the order would be positive takeaways, but they lagged on too many fronts and will look forward to not repeat the same this time.

A quicker surface with something in it for the batsman awaits the two teams. There will be some movement with the new ball whereas the assistance for spinners has been the norm this year. The ideal choice would be to chase as batting will get easier under lights.

Chadwick Walton has done everything to be dropped from the side, however, the lack of an opener and wicket-keeper has led the Tallawahs to stick with him despite his terrible run. Glenn Phillips has been consistent and will look to repeat the same. Jermaine Blackwood played a decent knock in the last game and held one end aside and he should come in at No. 3.

Nkrumah Bonner has failed to contribute much and would want to make some before the tournament ends. Skipper Rovman Powell had a forgettable outing as he failed with both bat and ball, however, Andre Russell made it count taking a wicket and scoring 23. Carlos Brathwaite and Asif Ali missed out in the last game though they will constitute the middle-order aside Bonner and Russell.

Bowlers had a brilliant outing and Mujeeb-ur-Rahman was the pick with 3 wickets at an economy of 2.75. Fidel Edwards impressed as well as he scalped three wickets. Sandeep Lamichchane got only one, however, he was extremely precise as always.

Shai Hope and Johnson Charles got off to starts but failed to convert. The long wait of Corey Anderson getting some runs finally came to an end as he scored a quick-fire 31 and must follow here onwards. Kyle Mayers has been in good touch and he added another all-round performance by taking 2 wickets and 22 with the bat.

Ashley Nurse looked good for his 25 and should be the other batsmen alongside Jonathan Carter in the middle-order. After a series of cameos, skipper Holder missed out with the bat in the last game though he bowled extremely well.

Mitchell Santner went expensive and wicket-less, however, he is a sure entrant given his abilities. Rashid Khan had a moderate outing too as he did not get off with the bat and got only one wicket in his spell. Raymon Reifer and Hayden Walsh Jr have not been too impressive and would want to get some wickets under their belt. 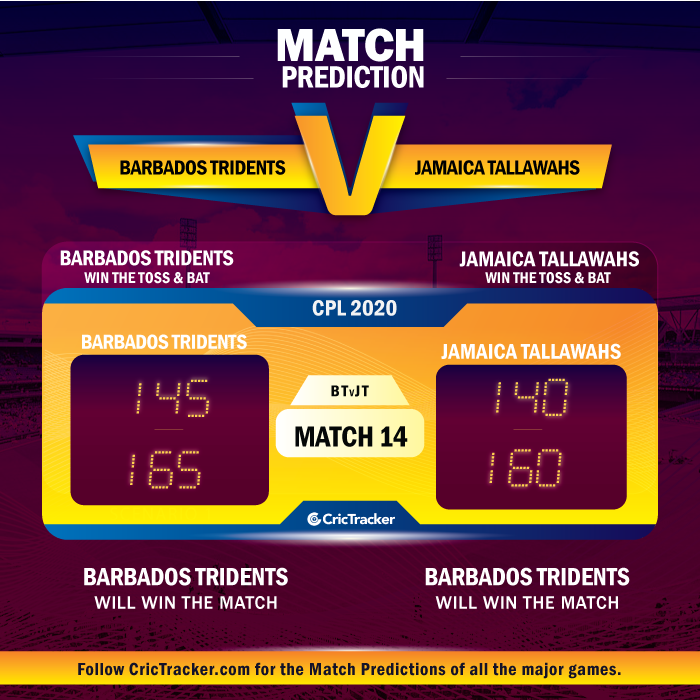