In their previous meeting, the Warriors beat the Knights by nine runs.

Trinbago Knight Riders and Guyana Amazon Warriors are all set to lock horns in Match No.11 of the 2021 CPL at the Warner Park in St Kitts. The Knight Riders have had a topsy-turvy run thus far in the tournament as they are placed third in the points table with four points from as many matches.

The Warriors, on the other hand, are placed fourth following back-to-back losses to St Kitts and Nevis Patriots. In their previous meeting against the Knights, the Warriors won by nine runs. A win for the Knights in the upcoming game may even take them to the top of the table, above the Patriots.

The pitch in St Kitts has been a sporting one. But in the morning games, the track has given quite a bit of assistance to the spinners. Chasing may not be an easy task on the surface. The batters need to get their eyes in before going for the big shots.

Mohammad Hafeez has been excellent for the Warriors in the T20 league thus far. In three games, the veteran has notched 116 runs at an average of 58 and a strike rate of 116. In the previous game, he was sent to open the batting and he scored 70 runs, though it came in a losing cause. He has also picked up one wicket from 11 overs at an economy rate of 5.63.

Ravi Rampaul has been excellent for the Knight Riders in the tournament. He is currently the join-highest wicket-taker in CPL 2021 along with Jamaica Tallawahs Migael Pretorius. Both of them have picked up nine wickets each. Between the two, Rampaul has a better economy rate of 7.30. In the previous two games, he picked up six scalps and has been excellent. 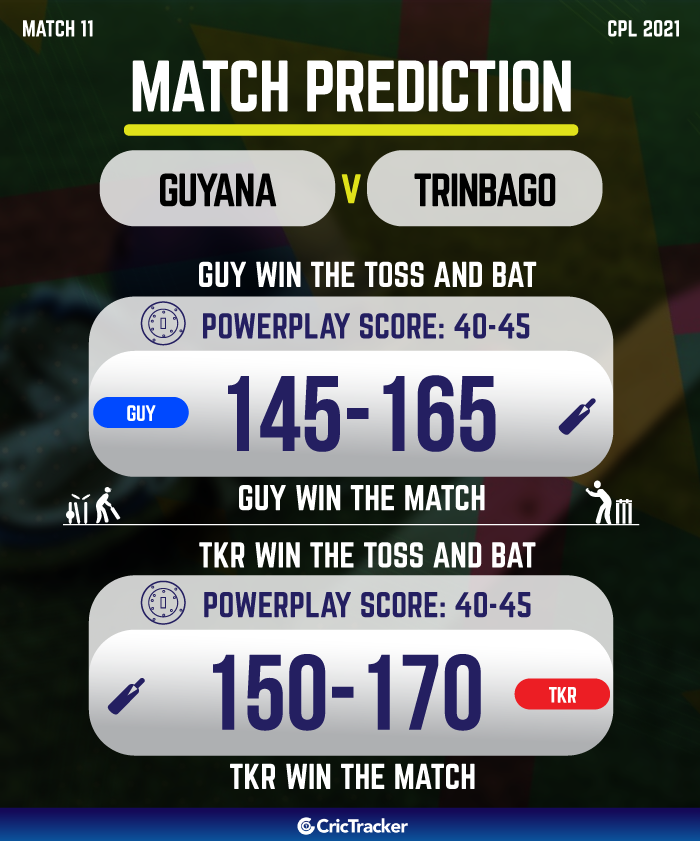