Last-placed Legends XI are unlikely to be a match for Champions XI.

The 23rd match of the Andhra T20 League will be played between Champions XI and Chargers XI at Rural Development Trust Stadium, Anantapur.

Champions XI will be up against Legends XI in the 23rd match of the Andhra T20 league. When these two teams met each other previously, Champions XI beat Legends XI comfortably by 40 runs. Champions XI have played 7 matches so far and have won 4 of them. They are in the 3rd spot, with 8 points in their bag. Champions XI are coming into this match with a thrilling 5 wicket victory against the Chargers XI. Ashwin Hebbar was instrumental for Champions with his all-round performances.

Meanwhile, Legends XI are not having a good time in this tournament, since they have lost 6 of their 7 matches and are at the bottom of the table with 2 points. Their only win of the tournament came against the Chargers XI. Their batting unit needs to step up, as they have locked lacklustre so afr. Skipper K Karanshinde’s will be a key man for the Legends XI. Provided he performs well, Legends XI will have an outside chance of winning this game.

It is going to be sunny in Anantapur, with the temperature ranging between 29 to 33 degrees Celsius. There is no chance of precipitation for this match.

It’s a good wicket to bat on, as the ball comes nicely on the bat. There is some support for the bowlers also if they hit the right areas. Overall it’s a sporting track we can expect a good game of cricket.

Sachin Tendulkar reveals how he would bat against Rashid Khan

All-rounder Ashwin Hebbar has been terrific with his all-round performances, scoring 200 runs in 7 matches at an average of 66.67 and a strike rate of 133.33. In addition to that, he is also the leading wicket-taker for the Champions XI with 9 wickets.

I Karthik Raman has performed well with both bat and ball, scoring 103 runs in 7 innings at an average of 25.75 and an excellent strike rate of 168.85. He has also picked up 10 wickets and has maintained an economy rate of 7.95 runs per over. 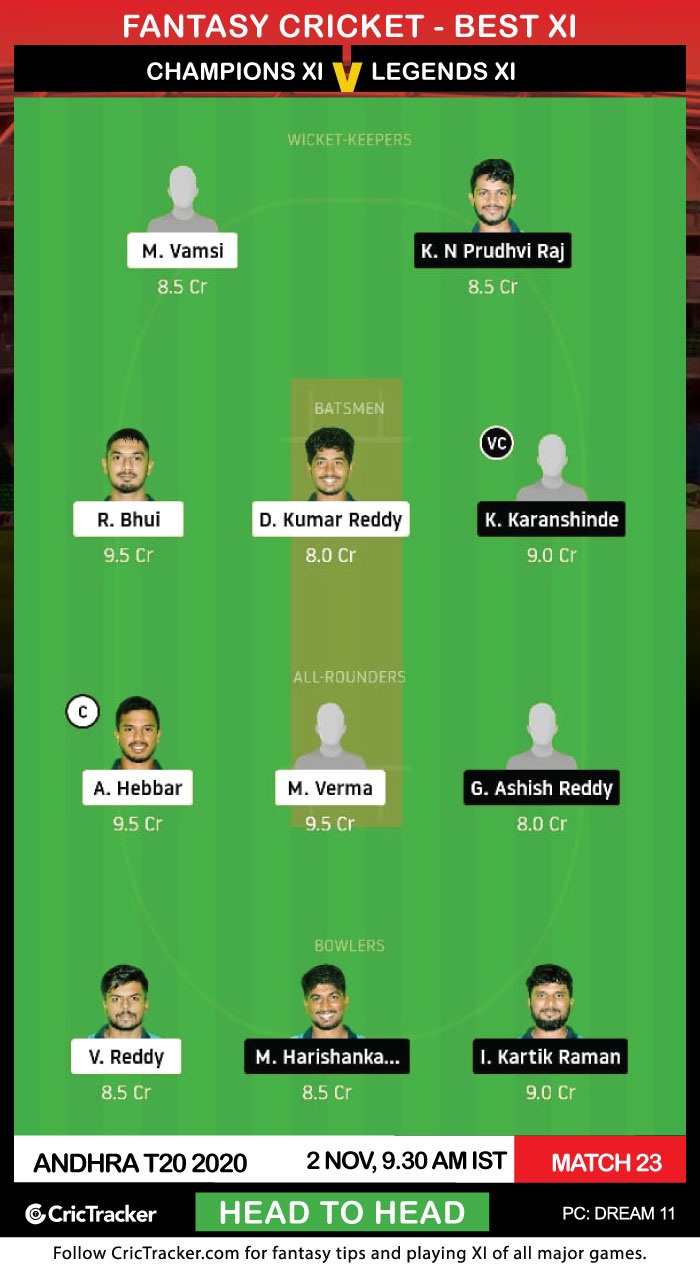 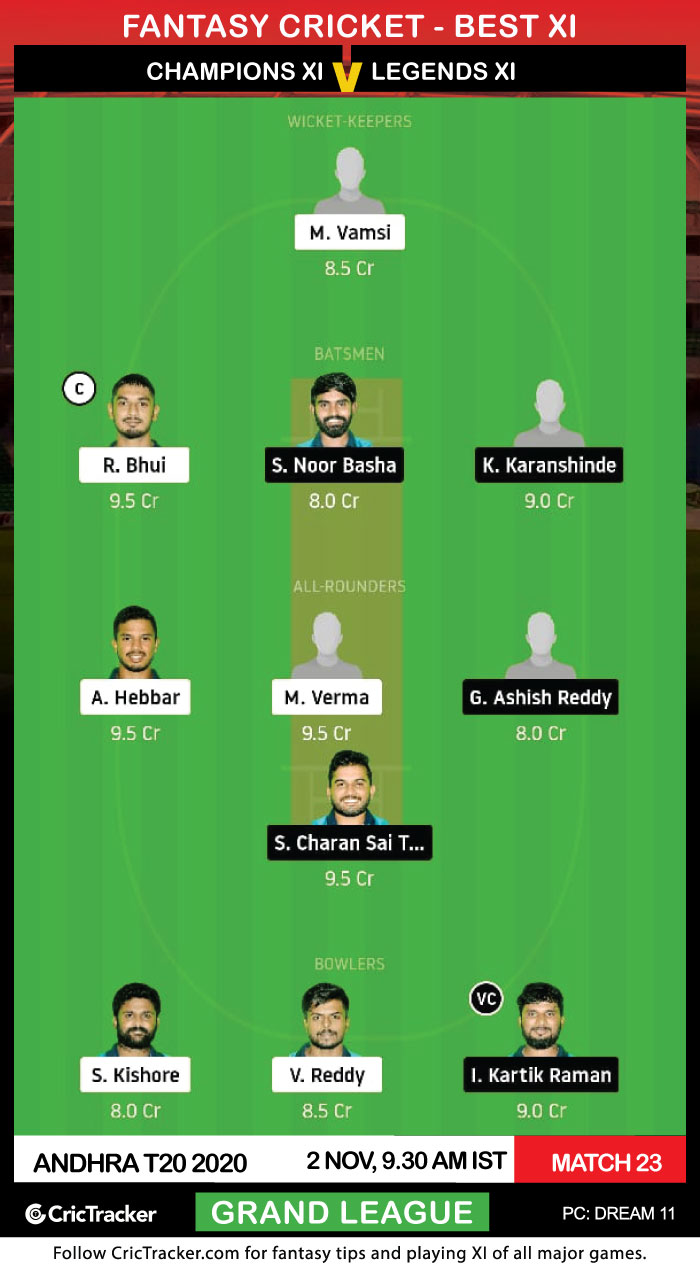 Ashwin Hebbar has been sensational for the Champions XI with both bat and ball. His match winning-knock of unbeaten 62* from just 45 balls gave Champions XI their fourth victory of the tournament. It is advisable to make him the captain of either of your 2 Dream11 Fantasy teams.