Kolkata Knight Riders had a poor campaign in IPL 2022 and finished at the seventh position with six wins in 14 games.

Kolkata Knight Riders walked into the 2022 season of the Indian Premier League under the new leadership of Shreyas Iyer and would have hoped to bag the IPL crown for the third time. But, they failed to put on a string of victories and finished at the seventh position with six wins in 14 games.

The Kolkata franchise have appointed Chandrakant Pandit as their new head coach after Brendon McCullum parted ways with the side. With a different coach at the helm, one could see tactical changes in team for the next seasons. With the 2023 season’s trading window expected to open in November or December, the two-time IPL champions could release certain players who do not fit into their scheme of things going forward. 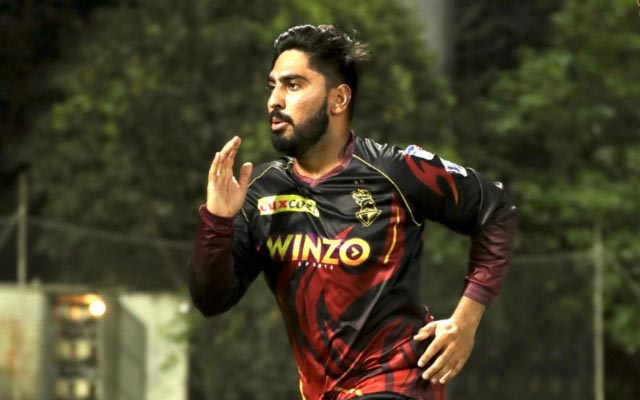 Abhijeet Tomar caught a lot of eyeballs when he scored a blistering knock of 104 runs on the opening day of the Vijay Hazare Trophy 2021-22 against Punjab. He was simply outstanding throughout the 50-overs tournament amassing 333 runs in six games for Rajasthan.

Tomar provided solidity with the bat at the top of the order for his domestic side and the Kolkata franchise roped in the 27-year-old at the Mega Auction 2022 to strengthen their batting lineup. However, Tomar was benched for the majority of the season and was only given a chance in KKR’s last match of the competition where he could only score four runs.

KKR struggled for an ideal opening combination and tried seven batters at the top with Tomar being the last inclusion on the list. The Rajasthan batter was pretty low in the pecking order and his release in the trading window could be on the cards.