At the mini-auction, Delhi Capitals (DC) roped in Mukesh Kumar at INR 5.50 crore.

In the last edition of the Indian Premier League (IPL), Delhi Capitals (DC) failed to qualify for the playoffs for the first time since 2019. Despite having huge names such as David Warner, Mitchell Marsh, Rishabh Pant, Kuldeep Yadav, and Anrich Nortje, the franchise failed to perform up to expectations. At the mini-auction 2023, DC added some renowned players such as Manish Pandey, Phil Salt, and Rilee Rossouw to have a successful campaign this year.

At the event, the franchise flabbergasted auction watchers when they fetched the Bengal pacer Mukesh Kumar at INR 5.50 crore. The bowler is a noted name in domestic cricket but has no history in the IPL. This year, he did well for Bengal in a couple of domestic tournaments and grabbed the eyes of the franchise. However, in the same competitions, some other bowlers also showed their brilliance and helped their teams to perform excellently. For the Capitals, those could've emerged as better options than Kumar as some of them have played a lot of cricket in the league also. 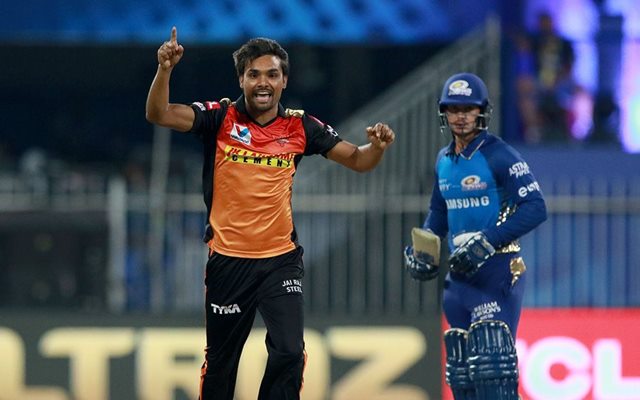 Before the 2023 IPL auction, Punjab Kings (PBKS) released some names due to their non-performance in the last season. The franchise also cut ties with Sandeep Sharma, who got five games in IPL 2022 and took only two wickets at an economy of 7.65.

At the mini-auction, Sharma registered his name with his base amount of INR 50 lakh. However, the veteran went unsold at the event as no franchise showed interest in him. Despite playing 10 IPL seasons, he couldn't win the trust of any buyers to get featured in the upcoming season. The 29-year-old has picked up 114 scalps in 104 IPL matches at an economy of 7.77.

With these bowling numbers and vast experience, he deserved to get acquired at the auction. In the DC squad, the pacer could’ve been more reliable than inexperienced Mukesh Kumar for such heavy amount. This domestic season, he looked incredible with the ball for Chandigarh. Appearing in six matches of the Syed Mushtaq Ali Trophy 2022-23, he grabbed 10 wickets at an impressive economy of 5.69.