After being thrashed by New Zealand in the first ODI at Eden Park in Auckland, the Men in Blue will be looking to gain back the momentum and level the series by bagging a win in the second ODI on Sunday, November 27 in Hamilton.

Overall, the Shikhar Dhawan-led side failed to dictate terms to the Kiwi bowlers while batting first. And in reply, Tom Latham and captain Kane Williamson had no problem whatsoever in chasing down the 307-run target. India’s plans while bowling did not work much as the Kiwi duo used the shorter side of the boundary to score quick runs.

There were positives as well for India and the biggest one has to be Shreyas Iyer’s return back to form. The 27-year-old looked in phenomenal touch while Washington Sundar’s blistering cameo is surely going to give India a much-needed boost ahead of the second ODI. However, will they make any changes after the seven-wicket defeat in the first ODI? Let’s dissect - 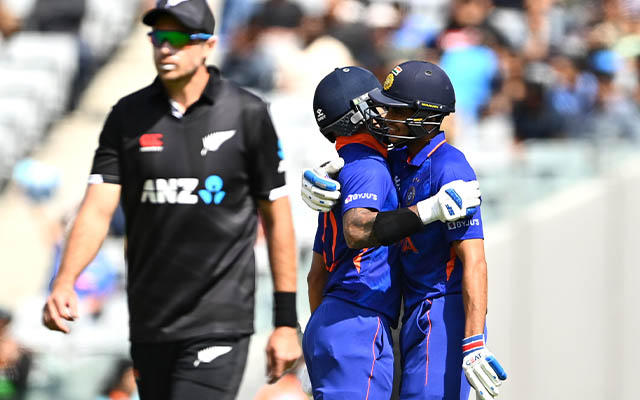 The opening duo of Shikhar Dhawan and Shubman Gill has been extremely successful for the Indian team in the recent past but its slow approach in the first ODI bothered the team to a certain extent. Taking the short boundary dimensions at Eden Park into consideration, 306, at the end, turned out to be an easy target. Thus, both Dhawan and Gill need to set the tempo early on for the other batters to capitalise later.

Gill scored 50 off 65 deliveries in the first ODI and looked sharp while captain Shikhar Dhawan once again played a mature knock of 72 off 77 deliveries to give stability to India’s batting.

Now, when Rohit Sharma is around, Dhawan plays the role of an aggressor but in his absence, Dhawan usually takes some time to settle in and thus, the run rate doesn’t tick well in the initial overs. Gill, thus needs to take the pressure off Dhawan in the remaining two matches to give India a blistering start and eventually help the team put a healthy total on board. 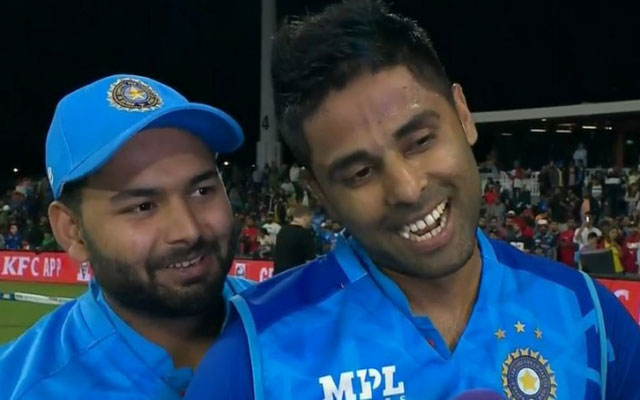 Shreyas Iyer’s tremendous form in 50-overs cricket continues as he has registered his fifth fifty-plus score in his last seven innings. Hailing from Mumbai, the 27-year-old has played 34 ODI matches thus far and scored 1379 runs at a strike rate of 98.85. In the first ODI, he scored 80 runs from 76 deliveries and is slowly and steadily becoming a pillar in the Indian middle order.

Wicket-keeper batter Rishabh Pant is in terrible form at the moment. The southpaw managed to score 15 off 23 deliveries in the first ODI and there are rumours of the cricketer getting replaced by Deepak Hooda in the next match but as things stand, the team management is very likely to back him and give him an extended run before the Bangladesh series.

Despite a rare failure in the first ODI, Suryakumar Yadav is arguably India’s best batter in the ongoing series. He was flawless in the T20 World Cup and carried his rich vein of form in the T20I series against New Zealand. In 14 ODI matches that he has played so far, the 32-year-old has scored 344 runs at a strike rate of 99.13.

Sanju Samson is finally getting the opportunities he has been craving for. The Kerala-born cricketer scored 36 off 38 deliveries in the first ODI and thus, needs to get better in order to cement his position in the playing XI. With Pant currently out of form, Samson would look to capitalise on the opportunities but for that, he needs to be extremely consistent in the remaining two matches of the series. Be it with his bowling or batting, Washington Sundar impressed one and all in the first ODI of the series. Sundar stepped up and played a blistering cameo, scoring 37 off 16 deliveries. He has got the ability to clear the ropes with ease and thus, can be extremely dangerous in the lower-middle order.

With the ball, he was very clinical in the first match. Despite failing to pick a wicket, the 23-year-old was extremely economical as he gave away just 42 runs in his ten overs. The trio of pacers featuring Shardul Thakur, Umran Malik and Arshdeep Singh was pretty average in the first match of the series. Umran gave India the perfect start with two quick wickets while Thakur dismissed Finn Allen early on. But, despite the early success, the Indian bowlers slowly faded away from the game as Tom Latham and Kane Williamson absolutely hammered everyone.

Not including Yuzvendra Chahal in the playing XI during the T20 World Cup was one of the hot topics but since his return, the spin wizard is yet to show his worth. A section of fans want India to play Kuldeep Yadav in the second ODI but that at the moment is highly unlikely. Chahal, in the first match gave away 67 runs in his ten overs and failed to claim a single wicket.